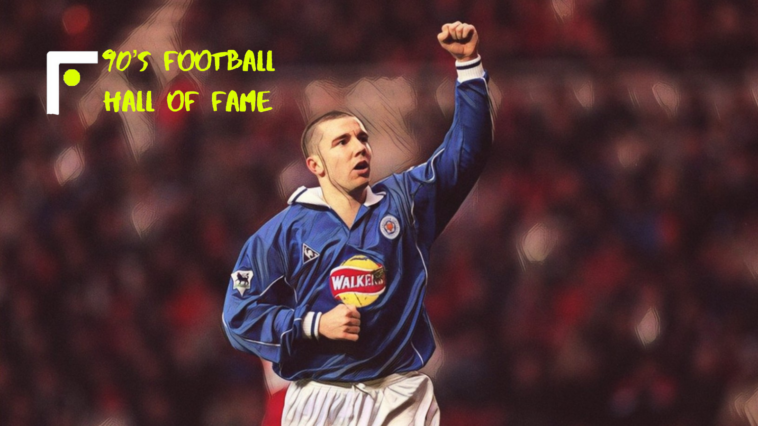 The latest inductee into the prestigious and totally legitimate 90’s Football Hall of Fame is Leicester City legend Muzzy Izzet.

Owner of one of the all-time great footballer names in Premier League history, Izzet was a key member of that romantic Leicester team of the nineties that won two League Cups and punched well above their weight in the top-flight.

Long before the Foxes won the Premier League title, this was a true golden age for the East Midlands outfit and Izzet was their star midfielder. The London-born Turkish international was a hard-working number 10 with a penchant for wonder goals. As Stephen Tudor remarks on the podcast, Izzet was “a fucking brilliant footballer”, but he was also “a right little bastard”.

On the 90’s Football Hall of Fame podcast, Ste McGovern is joined by Peter Henry and the other Ste to chat about why we loved watching Izzet so much, his finest goals for Leicester, and why he never moved to a bigger club.

We also discuss his unusual initiation with the Turkish national team, the most stylish managers in the Premier League, and reminisce on managers who used to smoke in the dugout.