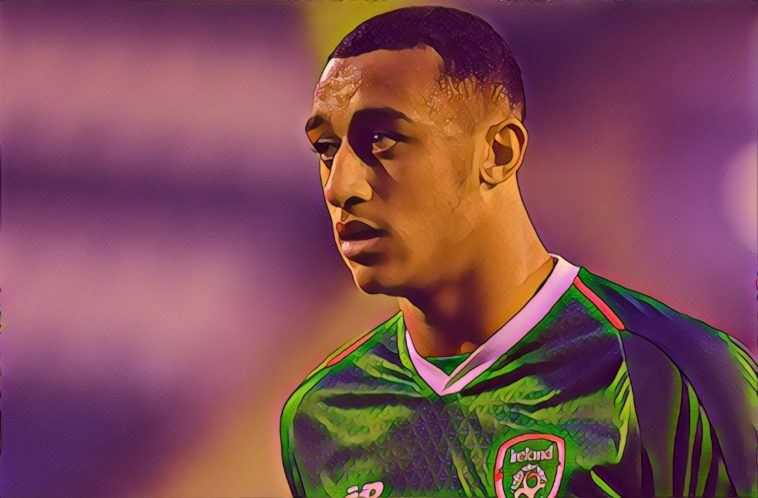 Brazil defeated Ireland 2-0 in the semi-finals of the Toulon Tournament thanks to goals in either half from the irrepressible Paulinho and Matheus Cunha.

Ireland’s adventure in France came to an end on Wednesday as the U21’s lost an energetic and technically superior Brazil outfit. Although there will be disappointment among the squad at not reaching the final, the players should pride themselves on going further than any Irish side has ever gone in this competition and doing so while performing to a good level.

There were ominous signs from the get-go for Ireland, who gave away a penalty in the second minute. Conor Masterson clumsily fouled the attacker in the box, and was perhaps lucky not to see red as he made little effort to play the ball. The former Liverpool player’s blushes were spared however, as Douglas Ruiz missed the resultant penalty, drilling it wide.

Huge let off for Rep of Ireland! ?

Aaron Connolly, who has played so well in this competition, tried to fashion an opportunity by cutting inside from the left, but his shot was deflected out for a corner. His contribution to this match was notable for being the biggest attacking threat for the Boys In Green. Ireland seemed to recover well in those moments after the missed penalty, as another corner lead to a half chance for Dara O’Shea, but his header barely troubled the goalkeeper.

The Irish defence would not hold out for long, however, as Brazil got the score their fizzing play deserved after 15 minutes. Iago saved the ball from going out over the touchline following a poor pass from the goalie. He laid it off before sprinting away and receiving the ball again, giving it to Matheus Cunha just outside the box, and his layoff put Paulinho in the perfect spot to score. Kelleher’s goalkeeping left much to be desired, it must be said, as the ball squeezed underneath him.

Brazil’s side-to-side passing and quick movement off the ball was a constant worry for Ireland, who you felt could be carved open at any moment. Stephen Kenny’s charges settled into the game though, and the best chance of the half fell to Conor Ronan, who blasted his shot over.

The Wolves midfielder was at the heart of everything Ireland were trying to do going forward, but he couldn’t get on the ball nearly enough to affect the flow of the game, which was going the way of the team in yellow for the majority. Ireland were grateful to go in at the half just one down on the scoreboard.

That wouldn’t last very long after the interval, as Brazil all but killed the tie as a contest with their second score of the match. Paulinho went on another one of his driving runs down the left before turning into the box and giving it to Cunha, whose shot across goal left Kelleher completely rooted to the ground. The Corkman had no chance, and now neither did Ireland.

There were a couple of opportunities for Brazil to extend their lead, but aside from a low drive by Connolly in the 73rd minute that went safely into the hands of the goalkeeper Ivan, the game petered out as a procession for the South Americans, who will now face Japan in the final.