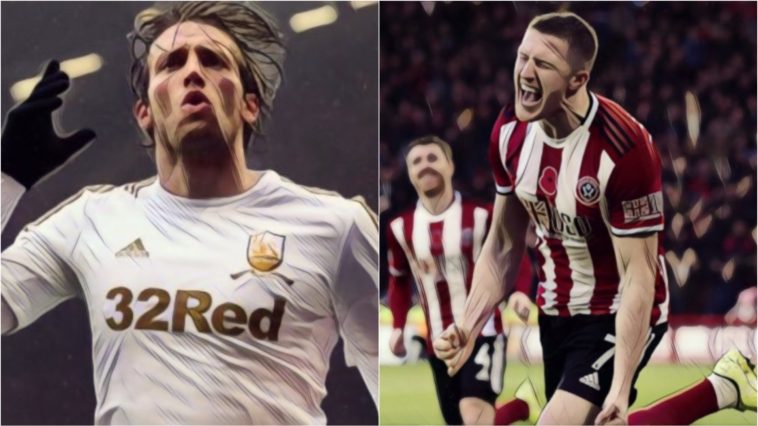 In recent years the Fantasy Premier League game has exploded in popularity, played by over seven million people across the globe.

Everyone is vying for the highest ranking possible and that’s often done by getting the best players possible. But with a limited budget, you can’t always have the cream of the crop on your team.

FPL managers have to be smart and find hidden gems, bargain buys and unfancied players who will give them the edge over their competitors. These footballers tend to be forgotten by everyone else, but remembered and immortalised as cult heroes among the FPL community. We’ve reminisced and come up with some of the best ever.

There are so many players from over the years that we could have featured here, so this list is by no means exhaustive or definitive.

The best FPL cult heroes of the past decade:

Everyone’s favourite bargain midfielder-who-was-actually-a-forward in the history of FPL, Michu took the English top-flight by storm in the season of 2012/13.

The Spaniard arrived in Wales as a virtual unknown eight years ago, but took the Premier League by storm, scoring 18 goals in 35 appearances. And not only was he misclassified by the game’s administrators, but he was dirt cheap too.

The now retired striker’s form fell off a cliff the next season though, especially as the injuries began to mount up. We’ll probably never have another Michu again, which makes his place in the annals of FPL history all the more special.

The current title-holder of everyone’s favourite fantasy football asset, John Lundstram became a popular pick early this season after being categorised as a defender despite playing in midfield in reality – the kind of thing that happens once in a blue moon in the game.

When ‘Lord Lundy’ started banging in the goals on a regular basis, he quickly became the must-have player in the league, especially since Sheffield United possess one of the best defensive records in the division this season. And the former Everton midfielder started the season priced a measly £4.9. Bargain.

When it comes to brand new imports in the Premier League, the rule of thumb in FPL circles is “wait and see”. You never know if a foreign signing is going to settle in his new surroundings, how he’ll fit into the team and whether or not they’ll adapt to English football. For whatever reason, this rule counts double for Ligue 1 recruits.

Considering Dimitri Payet had more assists than any other footballer in Europe’s top five leagues the season before he joined West Ham United from Marseille, this writer ignored that advice and was recompensed generously. The French playmaker got an assist on debut, before scoring the very next week.

Despite injuring himself midway through the campaign, Payet still ended the season with nine goals and 12 assists, helping the Hammers finish 7th in the table. Despite his brilliant performances, he left London a year and a half after signing. We still miss you, Dimitri.

Serbian international Luka Milivojevic has to be one of the most unassuming and under-the-radar footballers in the Premier League, and yet the Crystal Palace midfielder is an FPL hero for many managers.

There is nothing special about the Serb’s all-round game: he’s a tidy player with a middling passing range and very little speed. but he has one thing in his locker that is perfect for fantasy sports: he’s a set-piece king.

‘Mili’ has been quiet in 2019/20, but the two seasons prior to that he reached double digits in the scoring charts and a whopping 77% of all his Premier League goals have come from the spot. He’s not a player who will be winning very many awards in the game, but that just keeps him nice and cheap for managers.

In 2013/14 there was a Michu-shaped hole in our lives. Our most beloved Spaniard was no longer an FPL asset, leaving us bereft of a bargain goalscorer. Thankfully, Swansea City replaced him with an Ivorian who was just as good.

Wilfried Bony arrived at the Welsh club and became an instant bombshell, scoring 16 goals in his first season. He continued that form into 2014/15, which turned the head of Manchester City. Unable to form a coherent partnership with Sergio Aguero, he faded into the background before moving to Stoke.

A return to Swansea in 2017 didn’t have the desired effect and the 31-year-old now plays his football in Saudi Arabia. But at least we’ll always have that glorious season and a half.

In the 2015/16 campaign, Watford’s Odion Ighalo was an FPL godsend. He was not only deadly in front of goal, but he was cheap too with a starting price of just £5.0. He scored on debut and went on a scoring streak that saw him end the season with 16 goals and six assists.

The Nigerian became an instant legend among FPL managers, but it was the false dawn to end all false dawns; he went on a 599-minute scoring drought at the latter end of the season, before scoring just once the following year. He was duly shipped off to China, but in one of the most surprising moves in Premier League history, arrived at Manchester United this past January for a short-term loan.

Even more surprisingly, he’s done alright since then.

The highest goal scoring American in Premier League history, Clint Dempsey became an FPL legend in 2012/12 by becoming the highest scoring midfielder of that season by bringing in 17 goals, six assists and 209 points.

The Texan wasn’t all that cheap, coming in at £8.5 at the start of the season and finishing at £9.8, but his attractiveness as an FPL asset came in the fact that he played so far forward for Fulham. His points total was just two off the almighty Sergio Aguero’s that year.

You inspired more than a country @clint_dempsey. Enjoy retirement.

Dempsey left Craven Cottage for Spurs that summer, where he failed to nail down a regular place in the starting line-up. He was never an FPL asset ever again, but he did bring managers so much for a couple of seasons on the opposite side of London.

The Hungerford striker has dodgy knees and wavering form over the years, but Charlie Austin won the hearts of FPL managers in 2014/15 when he provided 18 goals and six assists for a pretty rotten QPR side. Despite his goalscoring heroics that year, the London outfit finished last in the table.

Austin finished fourth in the scoring charts though, and he had more goal involvements that season than the likes of Eden Hazard, Alexis Sanchez, Romelu Lukaku, Wayne Rooney, David Silva and Robin van Persie. It was, of course, the type of season he would never replicate again, although he did have a decent run with Southampton in recent years.

It’s hard to believe now, given how he just gradually faded away from the Premier League before seemingly disappearing without a trace, but Kevin Mirallas was considered one of the most naturally gifted players in the division during his heyday at Everton.

The Belgian wide attacker was exciting and lethal on his day, but he was also relatively cheap, which made him an FPL favourite immediately. He provided 29 goals and 21 assists in 151 league appearances for the Toffees, with his peak coming in the 2013/14 campaign where he finished with nine FPL goals and seven assists.

It was felt almost certain that he would move to a bigger club, but for all his amazing skill and ability Mirallas’ attitude and temperament was often called into question. He famously took penalty duties away from Leighton Baines in a game against West Brom in January 2015, and he was never viewed the same way at Goodison Park ever again.

Amazingly, he was still contracted to the club up until last year before moving back to Belgium where he now plays for Royal Antwerp.

Read: Now That’s What I Call Quite Good – The story behind six football indie tunes

See Also: The birth of Australian soccer during the Vietnam War