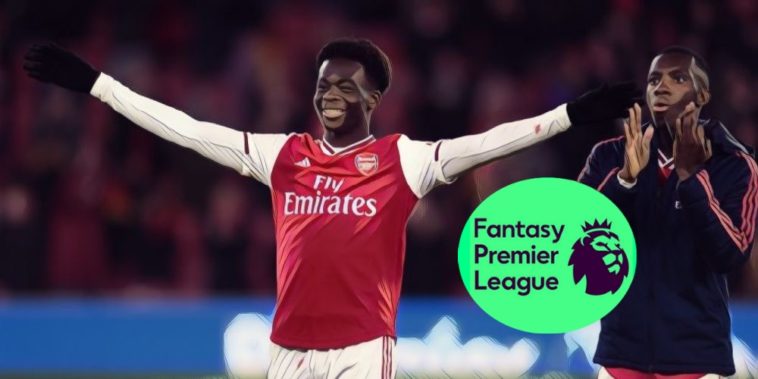 Can you believe the Premier League is only a week away from returning?

The shortest off-season ever means we don’t have all that long to wait for football’s return, and it also means we have to start thinking about our Fantasy Premier League teams again ahead of the new campaign.

One of the keys to success in FPL is finding those bargain buys, the hidden gems that will give you an edge over other players in the game. We’ve picked out a few priced £6.0 or under to help you construct the perfect team. We’ll kick things off with a pick from each of the three promoted teams.

A large swathe of the FPL community is dead set against being lured in by Aleksandar Mitrovic after he started the season in great form in 2018/19, before tailing off in the second half of the campaign.

While it’s completely understandable that players do not want to get burned twice on a player, they should consider the fact that Fulham as a whole went down the toilet after the midway point, losing any sense of attacking productivity under Claudio Ranieri.

It wasn’t a case of Mitro losing form in a vacuum; although his scoring struggles grew as the season went on, he was still taking an insane amount of shots. His 131 attempts on goal were the second highest in the league behind Mo Salah.

The Serb has since bounced back with a 26-goal haul to lead the Cottagers back to the Premier League at the first attempt. Assuming it can’t possibly get worse for the SW6 outfit than it did last time they were in the top flight, he should prove a bargain at £6.0.

When Fulham did the impossible: 10 years on from that comeback against Juventus

Predominantly a full-back for Leeds United, Stuart Dallas has been deployed in midfield on occasion by Marcelo Bielsa – could he be this year’s Lord Lundstram? With five goals and three assists last season the Northern Irishman could be the pick of the Leeds backline.

Once his permanent transfer to West Bromwich Albion was finally confirmed this week, everyone’s eyes were peeled to see at what price Matheus Pereira would be set in the game. And as it turns out, it’s a very reasonable £6.0.

The Brazilian was one of the stars of the Championship last season, scoring eight goals and providing 16 assists. An entertaining performer in the final third, the 24-year-old will be the centre of every Baggies attack. The only question is, will his team be worth backing?

"Get a fire extinguisher because this boy is on fire." 🔥

The most underwhelming kits of the 2020/21 season so far

Far from a hidden gem, Bukayo Saka was one of the bargain buys of last season, breaking into the Arsenal team to contribute a goal and six assists in the league while costing just £4.5. FPL have increased his price ahead of 2020/21, but not by much, meaning he is still great value given the potential he provides for returns.

His teammate Gabriel Martinelli looks like a potential steal at £5.0 after being designated as a midfielder, but given he missed the entire post-lockdown period through injury means we will have to wait and see how he figures in Mikel Arteta’s team this year.

Ruben Vinaigre previously occupied this spot in this list, but it looks as if he is on his way out of Wolves and is no longer a viable option. That makes Leicester City’s James Justin all the more attractive as a defender.

The full-back played just over a thousand minutes for the Foxes last season, standing in for the injured Ricardo Pereira towards the end of the season. In 13 appearances he had seven shots, 12 key passes, created one big chance and made one assist, so there is attacking potential there.

Pereira is expected to miss the start of the campaign, meaning Justin is expected to hold onto his starting place in Brendan Rodger’s squad, although he should not be considered a long-term pick.

Fantasy Premier League: How to build the ideal FPL squad

Burnley have a well-earned reputation for defensive solidity, having kept 14 clean sheets last season, making their backline an easy target for cheap options. With goalkeeper Nick Pope and centre-back James Tarkowski both priced at £5.5 and Ben Mee at £5.0, that leaves Charlie Taylor, Erik Pieters and Phil Bardsley as the bargain picks at £4.5 each.

All three make viable options, but we reckon Taylor is the most likely to nail down a starting spot (provided he stays fit), although none of them played over 2000 minutes last season.

Charlie Taylor appreciation tweet, what a challenge this was! 👏 pic.twitter.com/HhnPClnrh7

Perhaps not the most exciting or inspiring pick for the new season, but Kyle Walker-Peters has finally settled into the first team at a club. The full-back struggled at Spurs, but had a successful spell at Southampton after joining on loan in January.

The 23-year-old made the move permanent after appearing in each of Saints’ post-lockdown matches, starting six of nine games. He doesn’t possess very much attacking threat, but he looks likely to nail down the starting spot in Ralph Hasenhüttel’s side.

The best new Premier League kits of the 2020/21 season

The 19-year-old full-back may not be a nailed-on starter for Brighton this season, but Tariq Lamptey made a strong case to be in contention for it at the tail end of 2019/20. The Uxbridge native played 620 minutes for the Seagulls last season, in which he made seven key passes, created three big chances and made one assist. One to watch for the coming campaign at least.

Having featured several times for Crystal Palace in pre-season this past month, Tyrick Mitchell could be a bolt from the blue this year. The full-back played 193 minutes for the Eagles last season and looks like he is in Roy Hodgson’s plans for the upcoming campaign.

The 21-year-old, who made his senior debut against Wolves in July, could go straight into the first team in September with Patrick van Aanholt recovering from shoulder surgery and Nathan ferguson also injured. In any case, he’s as good a £4.0 defender as you will get.

Perhaps the most talked-about budget option over the off-season, Tomas Soucek has given every FPL manager’s heart a scare after he came into contact with a Czech teammate who tested positive for coronavirus. He has already tested negative, but is self-isolating as a precaution.

Provided he is cleared to play the first game, Soucek makes for excellent value at £5.0. He managed to establish himself as a first team regular after the restart, scoring three goals in nine games. He also took 18 shots, 14 of which were from inside the box and three were big chances.

Looking around the league, it’s hard to find another player in that price bracket who is a better pick.

Read: 20 of the best FPL team names you should consider this season