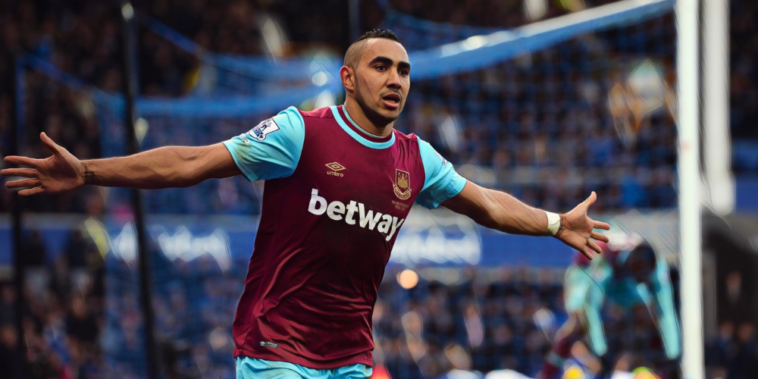 Dimitri Payet’s career at West Ham proved to be a brief love-affair, one incorporating magical moments and breathtaking brilliance before an acrimonious departure soured the memories of a player who had established himself as a Hammers’ hero.

The Frenchman swaggered into the capital club and left an indelible mark on all of those who witnessed his talents, quickly cementing himself as an undoubted star of English football during a stunning debut campaign.

We’ve decided to revisit the mercurial talents of Payet and his memorable maiden campaign in the Premier League, remembering just how special the playmaker was during the 2015/16 season and how it all unravelled:

Payet had long been lauded as a player who possessed talent, but his career had seen the player struggle to find consistency with many having questioned whether he had the application to fulfil his obvious potential.

Slaven Bilic, however, had long been an admirer having tried to take the Frenchman to Besiktas and backed by Premier League millions ahead of his first season in charge of West Ham, secured a deal to sign Payet from Marseille.

The signing of the 28-year-old for a fee of £10.7m was greeted by intrigue by the Hammers’ supporters, intrigue that soon turned to excitement following their first glimpses of the marquee signing in action.

Payet produced an impressive all-action performance on his league debut as Bilic’s side secured a surprise opening day win at Arsenal, providing his first assist of the season for Cheikhou Kouyate as the visitors won 2-0 at the Emirates.

It would be a sign of things to come.

Payet opened his account for the club – albeit in defeat – with a fine finish against Leicester in the second game of the season before producing a virtuoso display to score twice in a September victory over Newcastle at Upton Park.

Bilic’s side had bounced back from two defeats in their first three fixtures to find themselves in the dizzying heights of third in late October, with their summer acquisition the undoubted star of the show.

Payet had become the centre-piece of the West Ham side, his unique blend of skilful showmanship and devastating effectiveness making him an instant hero to the success starved Irons support.

The creative hub as Bilic’s side pushed towards continental qualification, Payet averaged a huge four key passes per game throughout the entirety of his first season at the club – a statistic made all the more remarkable when you consider no West Ham player has averaged more than two per game since.

His ability to unlock defences saw him create 119 chances and provide 12 assists, with only Mesut Ozil and Christian Eriksen managing more across all Premier League players.

Payet’s time in English football is most often associated with and remembered by a gravity-defying free-kick against Crystal Palace, one of the great set-piece goals in the division’s history and a goal which even when rewatched is hard to fathom.

The trajectory of that dipping effort past Wayne Hennessey makes for salivating viewing amid football fans but in truth, Payet made the extraordinary almost routine during a season in which he treated the Premier League as his own personal playground.

Amongst his highlights included a postage-stamp free-kick at Bournemouth, whilst his repertoire of set-piece specials included FA Cup efforts at both Blackburn and Manchester United.

That latter effort – a stunning effort from all of 30-yards past David de Gea at Old Trafford – demonstrated Payet at his very best, taking centre stage at the home of the country’s biggest club and thriving under the increasing spotlight.

Payet finished the season with nine Premier League goals and 12 in all competitions, many of them amongst the most memorable in West Ham’s modern history.

As the season continued Payet’s performances continued to reach new heights, the fulfilment of a mercurial talent who finally belonged on arguably the greatest stage in domestic football.

The club swiftly recognised the abilities of their prized asset and tied the playmaker down to a new and improved long term deal in February, the division’s leading clubs having noted the impact of the Hammers’ hero.

Payet’s incredible self-belief meant he was never overawed by any occasion or opponent, forever willing to take on defenders and showcase his full array of tricks and flicks.

He made 67 take-ons during the season and was fouled on 39 occasions in 31 appearances, Premier League defences unable to cope with a player possessing both physical strength and flawless technique.

A piece of Payet poise and precision 😍#GoalOfTheDay | @WestHam pic.twitter.com/xWQJqqrP5e

He headed to that summer’s European Championships and starred for France at a home tournament, scoring three times for the host nation as they finished as runners-up to Portugal.

Payet’s performances at the European Championships had drawn further attention from Europe’s biggest clubs, but the summer transfer window passed with West Ham retaining the services of their star player.

Any hopes that the France international would lead the club into an exciting new era at the London Stadium were soon ended, however, the player returning to the club with a distinctly different attitude to the one which had cemented his place in the hearts of the club’s supporters.

The player, quite publicly, threw his toys out the pram to engineer an exit away from the club, with former club Marseille – funded by new investment – making an approach for the star in the January window.

After initially rejecting two bids, West Ham relented and accepted a £25m offer for Payet’s services, the club’s fans devastated at the betrayal of a player who had committed his long term future to the club less than a year earlier.

The outward desperation to leave forever tainted the memories of a player once treated with much adulation, whilst his comments upon his return to France did little to repair the damage done.

“My managers understood that when I sulk, they talk to me. It’s a way for me to be heard. Those who know me play along, and, in the end, it goes well.

“I left [West Ham] for many reasons, but the main one was about football. West Ham’s objectives weren’t the same as the last season, and I felt in danger for my football and my chances with the national team. I had a choice to make.”

Payet’s West Ham departure was a sad end to the story of one of the finest talents the club has had in modern times, a player who lit up the East End of London during a brief but brilliant period.

Few will forget the Frenchman’s sensational solo goal against Middlesbrough – ghosting and feinting past a succession of desperate challenges – or an incredible rabona assist for Michail Antonio against Watford, Payet the archetypal showman whose stage presence is like few witnessed in England’s top tier.

His spell in the Premier League is a small side note in the history of world football’s biggest domestic league, but a spell few who witnessed will ever forget.