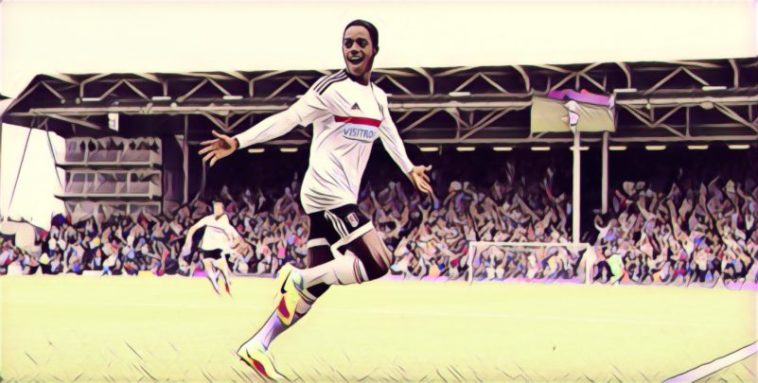 With their sensational new stadium now built, Tottenham Hotspur will once again be active players in the transfer window.

Having already signed Jack Clarke and Tanguy Ndombele, Spurs will be looking to strengthen other areas of their squad to build upon their success last season.

Although Spurs undoubtedly need to strengthen their squad, they must be careful and intelligent about the kind of players they acquire. Mauricio Pochettino’s side are arguably the most cohesive top-six team in the Premier League, with the manager and several key players having been at the club for extended periods of time.

Spurs have continuity, and as last season showed, it can be an underrated and invaluable asset to a team. As such, Tottenham must be careful not to disrupt the existing harmony of their squad while also adequately addressing its shortcomings. The signings of Ndombele and Clarke show that they are cognizant of this.

Clarke has been immediately loaned back to Leeds United and is a future prospect, a player who will be slowly integrated into the first team. Ndombele has been bought to replicate the ball-carrying central midfield role of Moussa Dembele, who left the club in January. Neither are displacing players that are already at the club, but instead either filling voids in the squad and improving their chances of future success.

Spurs must also operate within the confines of a restrictive wage structure and a specific tactical setup imposed by Pochettino. Signing ready-made players who are fully developed does not comply with Tottenham’s financial limits or Pochettino’s desires as a coach.

He wants players he can mould to fit his tactically complex style and build a foundation for long term success. This means that new arrivals should be young players who have the potential to improve and have the baseline physical, technical, and tactical acumen to fit within Pochettino’s system. This makes links to Fulham prospect Ryan Sessegnon unsurprising.

After a sensational 2018/18 season in the Championship that saw him register 16 goals and 8 assists, Sessegnon was expected to announce himself as one of the premier young talents in Europe at the start of the last Premier League season. But a year full of turbulence and instability meant that he was never provided the conditions necessary to maintain his level of performance in the English top flight. In spite of this, Sessegnon did showcase his quality when he was given chances at Craven Cottage.

Capable of playing either as a left-back or left-winger, Sessegnon is most effective in the final third. He is comfortable attacking from out wide and feeding attackers through crosses, or drifting infield to take up space in the opposition box. He averaged 3.68 touches in the box last season, indicating his tendency to drift further forward regardless of his starting position.

Sessegnon is comfortable running at opposition players, as his 1.25 successful dribbles per 90 shows. With his pace and dribbling threat, Sessegnon is capable of pinning opposition defenses back and creating space for himself and his teammates to exploit.

To add to his attacking prowess, Sessegnon possesses a fierce work rate. This is the primary reason that he has been deployed as a fullback despite the fact that his strengths mainly lie in attack. He has the necessary physical attributes and mentality to stay with tricky wingers and assist his team defensively.

However, he is not a particularly accomplished defender and is not adept at winning back possession or preventing opposition players from creating chances. Instead, Sessegnon’s defensive work is more useful when pressing or doubling up on a player, something he routinely did when dropping back from a more attacking position to assist a specialist left-back.

For Tottenham, Sessegnon would be an ideal player to sign as an attacking option. While he wouldn’t displace the likes of Heung Min-Son and Lucas Moura, he could be a useful option off the bench to add energy, dynamism, and skill to exploit tired defenses late in games.

Given how much Spurs dominate the ball, he could be brought on as a left-back to add to Spur’s attacking threat rather than replacing another attacker. Should he be brought on further forward, his energy and work rate could assist Spurs in pressing and maintaining defensive solidity when hanging on to a lead. He’s a versatile player, and could be used in a variety of ways depending on in-game situations.

Moreover, Sessegnon has demonstrated a level of tactical intelligence that would ably assist Pochettino in his ability to develop the 19-year-old. At Fulham, Sessegnon has showcased intelligent off the ball movement when attacking.

He occupies either the wide or central spaces depending on the position of his teammates and is an active presence off the ball as he tries to find room to receive the ball and attack quickly and directly. He’s an astute presser, shifting across well to cover passing lanes and disrupt opposition build-up. These are elements to Sessegnon’s game that will not go unnoticed by Pochettino, and indicate that he has the necessary tactical nous to adapt to a tactically nuanced style of play.

Sessegnon would be a smart signing by Tottenham. He’s young enough to not demand exorbitant wages or an immediate starting position, has the quality to adapt to Pochettino’s tactical system, could provide an alternative option off the bench when needed, and has the potential to be among England’s best players for years to come. Under a manager as accomplished at developing players as Pochettino, it’s likely that Sessegnon will continue to improve year upon year and maximize his vast potential.

While Sessegnon is a sensible transfer, Spurs do have more pressing concerns. With the departure of Kieran Trippier and the potential departure of Danny Rose, Spurs will need to invest in a right-back and specialist left-back before looking to other areas of the pitch. A backup to Harry Kane is also important, and the rumoured departure of Christian Eriksen would cause even more problems that they would need to solve.

Given these circumstances, the signing of Sessegnon may not be a top priority. But it’s the kind of signing that would fit well with Pochettino’s squad, and one that could reap tremendous rewards in the future. So long as they address other weaknesses in the squad, Ryan Sessegnon would be an intelligent acquisition for Tottenham Hotspur.