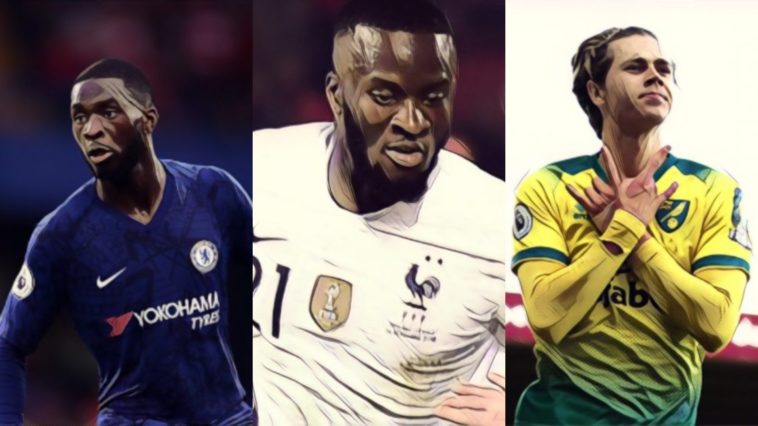 A number of youthful prospects have made a splash in their maiden Premier League campaigns this year.

There have been 46 players under the age of 23 to debut in the English top-flight this season, some of whom have made a big impact for their respective clubs after 21 games.

We’ve decided to recognise some of the best ones here, with some qualifiers: they must have been under the age of 23 when they made their debut and they can’t have started a Premier League match before the current campaign. We have also kept it to a minimum of one club each and one player in each part of the pitch, so as to have a good spread.

Five of the Premier League’s best young newcomers in 2019/20:

Norwich City‘s season isn’t going too well, with the Canaries sitting bottom of the table and holding little hope of surviving the drop, but there have been some bright sparks for the club nonetheless. Teemu Pukki’s goal scoring exploits aside, Todd Cantwell has been their standout player after 21 games.

The Dereham native plays a sort of false winger role, coming in centrally as often as possible, where he is either setting up others for chances or getting on the end of them himself – he currently has six goals and two assists to his name. Not sure about his celebratory dance moves, though.

Emiliano Buendia, who celebrated his 23rd birthday on Christmas Day, has been equally excellent this season, contributing seven assists to the cause, while full-back Max Aarons will undoubtedly find himself back in the Premier League next season whether or not Norwich stay up this year.

The centre-back first popped up in the Premier League back in 2016, when he made a 30 minute cameo against Leicester City on the final day of the campaign. Since then he has spent loan spells in the Championship at Brighton, Hull City and Derby County, where he was managed by Frank Lampard.

Tomori’s time with the new Chelsea manager meant he was primed for first team minutes at the start of the new season, and has subsequently become a key cog in the Blues’ defence – they have only kept a clean sheet in league games in which he has played the full 90 minutes (4).

Christian Pulisic has looked like an excellent signing thus far and we should see develop into one of Chelsea’s main attacking threats in the next few seasons, while Mason Mount has shown signs of promises along the way as well. But it’s Tomori who has done the most to show that he is the real deal in this side thus far.

The French international has struggled a bit with injuries since arriving in London from Lyon, but Tanguy Ndombele has already shown himself to be one of the best players in the Tottenham Hotspur squad after just ten league starts.

Although new manager Jose Mourinho has tended to pair Harry Winks and Moussa Sissoko in midfield, no one in the team can break the press and make passes the way he can. If Spurs can get him back to peak fitness and pair him with Giovani Lo Celso then the side could be completely transformed.

The next Manchester United number one? The way Dean Henderson is playing on loan at Sheffield United, while at the same time David De Gea’s performances are deteriorating, you couldn’t count it out happening sooner rather than later.

The one blemish on Henderson’s resume this season was the clanger he allowed against Liverpool, but otherwise, he has been stellar for the Blades. The Englishman’s save percentage of 74.6% is second only to the Red’s Alisson, who has saved an impressive 82% of shots faced.

Five of the most iconic matches of the past decade

The Frenchman, who broke through at Ligue 1 outfit Nice at the tender age of 15, was a goal scoring machine for Brentford last season, scoring 25 goals in the Championship. The Bees could only manage to finish 11th, however, and had no choice but to sell him on when Brighton came calling in the summer.

Neal Maupay has since impressed at his new club, scoring seven goals and making one assist, spearheading the Seagulls’ bid for Premier League survival. The striker can hold the ball up well, likes to lay it off to other attackers, and is a keen finisher.

Read: Our non-top six Premier League team of the year so far