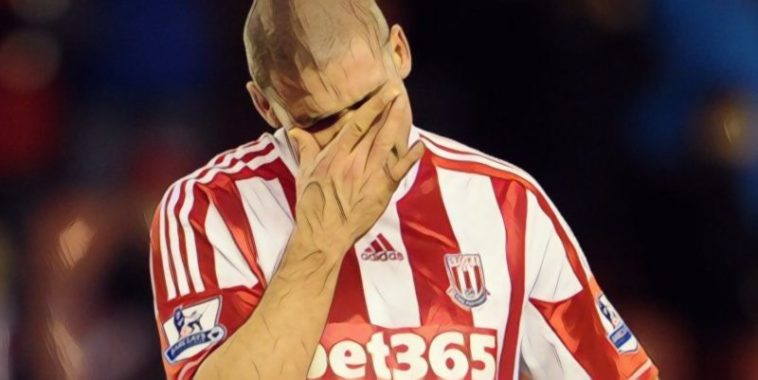 David Luiz stole headlines upon the Premier League’s return with a truly calamitous contribution to Arsenal’s defeat at Manchester City, the defender coming on as an early substitute and making a major mistake for Raheem Sterling’s opener before later conceding a penalty and being sent off.

Luiz’s nightmare night lasted just 24 minutes and got us thinking about the most disastrous displays the division has seen, here are five of the worst individual performances in Premier League history:

The most infamous imposter in the history of the Premier League, Southampton signed Ali Dia on a short-term deal after receiving a call from someone claiming to be Ballon d’Or winner George Weah, who subsequently recommended the club sign his ‘cousin’.

Weah, however, was not Dia’s cousin and the forward was certainly not of Premier League standard, making just a single appearance for Southampton that was entirely unforgettable for all of the wrong reasons.

Former Saints’ boss Graeme Souness has since claimed he was aware that Dia was not the talent once promised, but following an injury to Matt Le Tissier and lack of alternative options, sent the striker on for his Premier League bow against Leeds.

Le Tissier later described Dia’s showing as like watching ‘Bambi on ice’ as he hopelessly attempted to make an impact, playing just 53 minutes before Souness had seen enough and hauled him from the pitch.

Dia never played another minute and was released weeks later.

Jamie Carragher’s local roots and full-blooded commitment instantly endeared the academy graduate to the Liverpool supporters following his rise through the ranks, but the defender was arguably the least popular player on the red half of Merseyside following this showing.

Carragher chose the occasion of English football’s biggest rivalry to produce his poorest performance, scoring two first-half own goals as Liverpool were beaten 3-2 at Anfield.

The 21-year-old first glanced home a header past Sander Westerveld after just three minutes, before inadvertently bundling home his second own goal on the stroke of half-time in a crowded penalty area.

Carragher proved no stranger to own goals throughout his career with only Richard Dunne having managed more in Premier League history, though few will have hurt quite like this double against the Reds’ arch-rivals.

Sir Alex Ferguson’s mistakes as Manchester United manager proved few and far between during a glittering dynasty at Old Trafford, but the Scot’s decision to sign Massimo Taibi must rank amongst his very biggest.

The goalkeeper’s gaffe against Southampton saw him dubbed ‘The Blind Venetian’ by the media, before his short Premier League career reached its low point during an embarrassing thrashing at Chelsea.

Taibi made another blunder just seconds into the clash at Stamford Bridge, before shipping another four goals and generally looking lost as the reigning treble-winners were humiliated in the capital. He was dropped following his Chelsea capitulation and made just four more appearances, before packing his jogging pants and swiftly returning to Italian football.

There is perhaps no greater individual humiliation than being a subbed-off substitute, but Emmanuel Eboue’s performance against Wigan in 2008 left Arsene Wenger with no choice but to withdraw the defender.

Eboue was introduced as a first-half substitute during a laboured Arsenal display at the Emirates, producing a poor performance that saw him struggle to find a teammate with almost every pass.

The Gunners’ support were in an unforgiving mood as they let their frustrations be heard, jeering the Ivorian as he left the field late on to leave Eboue visibly upset and in need of consoling by Emmanuel Adebayor.

Eboue’s already shot confidence was trodden on further by Wenger’s merciless act, who admitted the defender’s lack of self-belief was a ‘danger’ to his side’s hopes of success.

Few players have ever enjoyed a Premier League stinker quite like former Stoke man Jon Walters.

The Ireland international had an afternoon to forget in a humiliating home defeat to Chelsea, Walters’ 100th appearance in England’s top tier turning into an abysmal afternoon.

The forward inadvertently headed Chelsea into the lead following Cesar Azplicueta’s cross, before repeating the trick to nod home Juan Mata’s corner for his second own goal of the game.

Undeterred, Walters stepped up to take a late penalty for the Potters but soon had his misery compounded, smashing his effort against the crossbar to immortalise himself amongst the Premier League’s poorest ever performances.