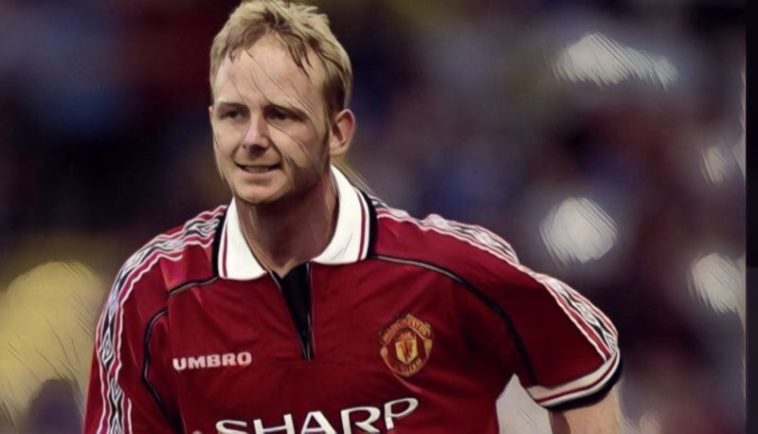 Undoubtedly the pinnacle of the domestic game, lifting the Premier League title is the accolade all players strive for when competing in England’s top flight.

In the 27 years since the division’s inception in 1992, some illustrious names have hoisted the famed trophy aloft, though there are some cases of unlikely winners of England’s biggest prize.

We’ve compiled a list of some of the worst players to have scaled the summit of the English game, and it’s difficult to fathom just how this lot managed to bag themselves winner’s medals.

The towering Romanian would feature just seven times in three seasons in the Premier League for Manchester City, though all of those appearances came in the club’s triumphant 2013/14 season to earn the goalkeeper a league winners medal.

Having failed to make the grade at the Etihad he moved on to Sunderland and then Watford, whilst at 32, arguably the peak years for a goalkeeper, he is now currently on the sidelines at Championship side Nottingham Forest.

The former Manchester United youth player developed his game with loan spells in the lower divisions before signing for Leicester in 2012, helping the club return to the Premier League following a 10-year absence.

The Foxes would go on to shock the world with an improbable title win in 2015/16, with De Laet starting each of their opening seven fixtures of that season. The Belgian lost his place in February and was subsequently loaned out to Middlesbrough, achieving the remarkable feat of winning the Premier League and promotion from the Championship in the same season.

His career has slowly dwindled since that notable peak, the full-back having a spell in Australia before returning to his native Belgium with Royal Antwerp.

Arsene Wenger often turned relative unknowns into household names during his time at Arsenal, though it is safe to say that Latvian defender Stepanovs will go down as one addition he got very, very wrong.

Brought in to provide competition for the likes of Sol Campbell and Martin Keown, Stepanovs would qualify for a league winner’s medal after making six appearances during the club’s double season of 2002.

The 2005 Latvian Footballer of the Year would somehow last four seasons in North London, making just 17 league appearances in a largely underwhelming spell.

The man, the myth, the legend. Now it would be unfair to say May was useless as he was a professional footballer, but compared to the usual level you would expect from a Manchester United player and Premier League winner he was absolute dogshit.

The utility defender actually has more medals than the legendary Alan Shearer – something United fans love to remind the Geordie striker of. Somehow May managed to stay at Old Trafford for nine seasons between 1994-2003, but would only rack up enough appearances to qualify for a winners medal on two occasions. He still regularly features on United’s in-house TV Station MUTV, which shows that if your sound, people might just keep you around mo matter how poor you are.

Having looked like he was headed for Southampton earlier in the summer, Manchester United swooped to sign the flying full-back from Dutch side Vitesse Arnhem in 2012.

The Dutchman struggled to dislodge regular Patrice Evra at left-back, but due to a change in Premier League regulations was awarded a winner’s medal having made five league appearances.

The arrival of David Moyes as manager did little to help his prospects the following season, Buttner joining Dynamo Moscow after a largely forgettable Old Trafford spell.

Robbie Slater will always be remembered as the first Australian to win a Premier League title, though that is perhaps all the midfielder will be remembered for.

A fairly nomadic career that took in spells at the likes of Anderlecht and Lens peaked in the mid 90’s, with Slater making 18 appearances as an Alan Shearer-inspired Blackburn were crowned champions of England.

His single season in Lancashire brought the ultimate success, before he returned to Australia with Northern Spirit following spells at West Ham, Southampton and Wolves.

The local lad came through the academy at Manchester United, though his career was perhaps most notable for non-footballing reasons.

Having been banned from football for life for attacking a referee during a loan spell at Belgian side Royal Antwerp, Wallwork returned to Old Trafford after finding his ban reduced.

The troubled defensive midfielder would earn a league winners medal after making four starts and eight substitute appearances in 2000/01, as United claimed the third of three successive titles at the turn of the millennium.

That would be as good as it got for Wallwork, who was deemed surplus to requirements soon after and subsequently enjoyed spells at the likes of West Brom, Bradford and Barnsley, his spell at the latter cut short after he was stabbed at a nightclub.

His problems continued in 2011, when he was sentenced to prison for 15 months after pleading guilty to receiving stolen goods.

Another United academy graduate who earned their winner’s medal in 2000/01, hopes were high for fleet-footed winger Luke Chadwick as he made his way into the first-team picture at Old Trafford.

Having seen the likes of Ryan Giggs and David Beckham come through the youth teams to star on the flanks for the club, United had hoped Chadwick would be the latest to cement himself as a regular under Sir Alex Ferguson.

It soon became apparent that the lightweight Chadwick was not up to standard, however, and he was shipped off to West Ham after loan spells at the likes of Reading and Burnley.

From there his career swiftly declined, dropping down the divisions with MK Dons and Cambridge United before finishing his career at non-league Soham Town Rangers.

His United career brought just 24 league appearances, though 16 of those came in a title-winning season.

After a lengthy career at Swansea City, winger Dyer moved to Leicester City on loan for the 2015/16 and it proved to be some season.

Leicester had narrowly escaped relegation the previous season and many had expected the Foxes to struggle once more, but despite being rank outsiders a remarkable run of form saw them claim a shock Premier League title.

Dyer would make just 12 appearances during that famed season, scoring once, though his performances were enough to claim a league winner’s medal before returning to South Wales.

Once regarded as a huge prospect by Arsenal boss Arsene Wenger, the French forward never fulfilled his once promising potential and endured a fairly undistinguished career.

In six seasons on Arsenal’s books he would score just a solitary league goal, though 10 appearances in the clubs famed unbeaten season of 2003/04 saw him claim a Premier League winner’s medal.

A fairly forgettable spell at Middlesbrough followed before returning to his native France with Lorient, before the Clairefontaine product announced his retirement from the game in 2017.

The Liberian international joined Arsenal in the summer of 1997, though with competition from Dennis Bergkamp, Ian Wright and Nicolas Anelka, his prospects looked slim of making an impact at Highbury.

Wreh would score just three league goals in a three season spell at Arsenal, though two of those goals came in 1-0 victories during the club’s double winning season of 1997/98.

The forward would leave North London in 2000 after just 28 league appearances before enjoying somewhat of a journeyman career, his list of former clubs including Al-Hilal, St Mirren, Bishop’s Stortford and Buckingham Town, quite a drop from Arsene Wenger’s all-conquering Arsenal side.