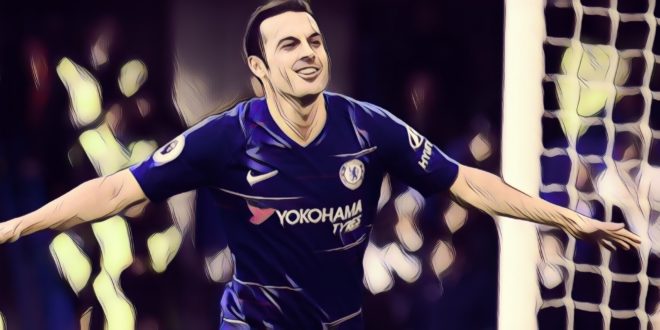 Scoring in a major final is one of the ultimate individual achievements for a player. In European club football, the Champions League remains the pinnacle, whilst the Europa League retains its own prestige.

To score in either would be a dream for any player, however, five players have managed to achieve the feat of scoring in both. Here are the five players who have risen to the occasion on European football’s biggest stages…

The 1977 European Footballer of the Year, Simonsen enjoyed a successful career winning three consecutive Bundelisga titles with Borussia Monchengladbach in the mid-1970’s.

During seven years with the German side, Simonsen also won two UEFA Cup’s, first in 1975 and again four years later.

The Danish forward actually scored in both of those finals, netting a brace as Monchengladbach beat Dutch side FC Twente 5-1 in 1975 before hitting the winner in a 2-1 win over Red Star Belgrade in 1979.

Inbetween those successes, Monchengladbach reached the final of the 1977 European Cup where they would face Liverpool. The German side were beaten 3-1 in Rome as Liverpool won the first European Cup in their history.

Simonsen had equalised after Terry McDermott’s opener with a powerful drive but goals from Tommy Smith and Phil Neal condemned Monchengladbach to defeat.

Having left for Barcelona in 1979, Simonsen would go on to score the winning goal in the 1982 Cup Winner’s Cup, making him the only player in history to have scored in all three European finals.

Part of the Porto team who conquered Europe, Alenichev is a somewhat surprising inclusion on this list seeing as he was neither a regular starter or a goal scorer.

The Russian midfielder had enjoyed a successful career in his homeland with Spartak Moscow, before arriving at Porto in 2000 after a two-year spell in Italian football.

Two years later a young, charismatic, manager by the name of Jose Mourinho was appointed at the club and success soon came.

Mourinho led Porto to a league and UEFA Cup double in his first full season, with Alenichev scoring his side’s second goal in the latter following a thrilling 3-2 victory over Celtic in the final.

The following year, Porto shocked Europe by winning the Champions League, famously knocking out Manchester United on route to the final in Germany.

Named on the bench for the showpiece, Alenichev wrote his name in history by scoring his side’s third in their 3-0 victory over Monaco to seal a famous success.

The Argentine forward enjoyed an illustrious career over spells at clubs such as Inter Milan, Chelsea and AC Milan developing a reputation as a prolific goal scorer.

Crespo first came to prominence in European football at Parma, part of a golden-era for the Italian club alongside the likes of Gianluigi Buffon, Lillian Thuram and Fabio Cannavaro.

In 1999, Parma were beginning to challenge the established order in Italian football and a Coppa Italia success was followed by an appearance in the UEFA Cup final where they would meet Marseille in Moscow.

In a man of the match performance, Crespo would open the scoring with a cool lob in a comprehensive 3-0 win.

Six years later, now at AC Milan, Crespo would have the opportunity to score on the biggest stage after Milan reached a second Champions League final in three years.

The 2005 final could hardly have begun better for the Italian side, Crespo scoring twice in the first-half as Carlo Ancelotti’s side raced into a three-goal half-time lead.

From there, it all collapsed. Opponents Liverpool stunning Milan with a second-half fightback, levelling the final at 3-3 before winning on penalties in arguably the most memorable final of all-time.

Crespo would somehow leave the Ataturk Stadium in Istanbul with a runners-up medal, his place on this list perhaps offering little consolation.

Over a 17-year career at Anfield, Liverpool legend Steven Gerrard developed a reputation as a man for the big occasion.

With Liverpool having undergone a transitional phase during the 90’s, Gerard Houllier’s young side at the turn of the millennium brought hope that they could restore the Merseyside club to former glories.

In 2001, the Frenchman led the club to a treble of cup competitions, with Liverpool securing FA, League and UEFA Cup success in a memorable season.

In the final of the latter, a 21-year-old Gerrard scored Liverpool’s second in a topsy-turvy final in Dortmund. The score would finish at 5-4 after extra time, with Houllier’s side winning the trophy courtesy of a ‘golden goal’ OG from Deportivo Alaves defender Delfi Geli.

That success proved to be a false dawn, and four years later Gerrard was part of a Liverpool side who surprised everyone by reaching the club’s first European Cup final in 20 years. Against a formidable AC Milan side, Liverpool found themselves 3-0 down at the half-time break.

As he had on many occasions, Gerrard was the inspiration for his side, heading home from John Arne Riise’s cross to pull one back.

Liverpool would go on to complete a miraculous comeback, levelling the scores at 3-3 before winning on penalties to secure the club’s fifth European Cup. Gerrard’s place in history was secured, the midfielder having now scored in both European finals.

A big game player with an extensive collection of silverware over spells at Barcelona and Chelsea, Spanish attacker Pedro has more than once risen to the occasion.

Having come through the famed ‘La Masia’ academy at the Nou Camp, the forward was part of Pep Guardiola’s side who conquered Europe in 2011.

Having beaten Manchester United in the 2009 final, Barcelona would again meet Sir Alex Ferguson’s side in the Champions League final two years later.

In a dominant performance for the Spanish side, Pedro opened the scoring at Wembley as Barcelona ran out 3-1 winners to lift the European Cup for a fourth time.

In 2015, Pedro would join English side Chelsea where he would continue to pick up major honours. Having previously won the Premier League and FA Cup with the club, Chelsea would reach the 2019 Europa League final where they would meet London rivals Arsenal.

Pedro would showcase his ability to shine on the biggest stage once more, scoring his side’s second goal in a 4-2 win. Victory also had added history for Pedro, as he became the first player in history to win the Champions League, Premier League, Europa League, World Cup and European Championships.