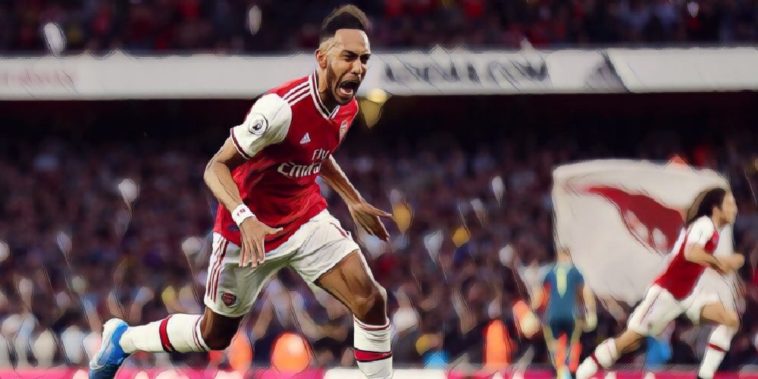 Manchester City dished out the punishment against Watford on Saturday but it was their Portuguese midfielder who was the main beneficiary as he helped himself to one of the easiest hat-tricks you are likely to see.

Take nothing away from City’s attacking antics, but when you’re up against a team that looks as though it cannot be bothered to pick up runs or man mark things are going to be fairly straight forward. This was Silva’s first-ever top-flight hat-trick as he helped skittle the dismal Hornets.

We don’t normally buy into collective punishment on this feature, but this is a noteworthy exception. Watford recorded their worst ever defeat in English league football as they were humiliated 8-0 by the champions.

Yes, you can argue they were up against an elite attacking force, but for a Premier League side to roll over and capitulate so easily is pretty shocking. The Watford players should have had a collection at full time to refund their beleaguered supporters after this one.

Stat of the day:@WatfordFC's Gerard Deulofeu had a 93% pass completion yesterday by compleing 13 out of his 14 passes against @ManCity… Eight of those however were from the kick off 😂😂😂 pic.twitter.com/7KEJtclMQ5

James Maddison chipped in with an early contender for goal of the season at the King Power as his long-range screamer helped steer the Foxes an invaluable 2-1 win.

The midfielder may have rocked up to the match with a garish £6,500 sparkling rucksack (Google it!) but he redeemed himself spectacularly with an equally sparkling late goal to help Leicester city to a huge win. His technique as he struck the ball was pretty special and Foxes fans will hope it will not be another 31 shots before he does it again.

"Give him the England shirt, we have to change our mindset!"

"It will be a travesty if he's not involved for the next one."

Joe Cole is adamant that it is time for @Madders10 to be given a shot at international level 🦁 pic.twitter.com/oFkgVWYLoZ

Joel Ward is normally such a solid presence in the Crystal Palace rearguard. His second-half strike had ping-ponged in off Leander Dendonker to provide a rather dodgy opening goal for Roy Hodgson’s men.

He was seconds away from being the hero in this match, but one last hopeful and desperate ball in for Wolves should have been comfortably cut out by the veteran, but Ward somehow mangled his decision making and allowed the ball to sail past him at the far post and through to Diogo Jota for the latest of late equalisers.

Ward ended up doing a John Terry-Esque dead salmon impression as he tried to stop the shot going in, though that just made things worse to be honest. This would definitely be the Brain fart of the week if it weren’t for the entirety of Watford of course!

Diogo Jota scored a last-gasp equaliser to rescue a point at Crystal Palace for ten-man Wolves.

Unai Emery may well be tactical genius and serial prize winner in Europe but let’s face it folks, he could quite easily be in a relegation battle at Arsenal if it weren’t for Pierre-Emerick Aubameyang.

The former Borussia Dortmund man was their hero once again as he bagged an excellent late winner against Aston Villa in a topsy-turvy game of football at the Emirates. The 30-year-old has now scored 16 times in his last 16 matches in all competitions for the Gunners. No matter how woeful their defending is, their bailout plan is often Aubameyang.

God help them if he gets injured.

When you are 0-1 away at Arsenal, and up against one of the worst defences in the league who have just had a man sent off, you need composed heads and stoic defending from all to help keep things calm and see the game out. Bjorn Engels clearly didn’t get that memo.

The Belgian, a rookie in the Premier League, showed real naivety and bewildering judgement as he barged Matteo Guendouzi for a soft penalty which gave a beleaguered Arsenal a way back into the match.

Villa look set for a dog fight and will need much better composure and decision making from their central defender in the weeks to come if they are to see it through this season. This tweet from Villa may have been a bit premature.

Read – Top five ‘where were you?’ moments in Premier League history