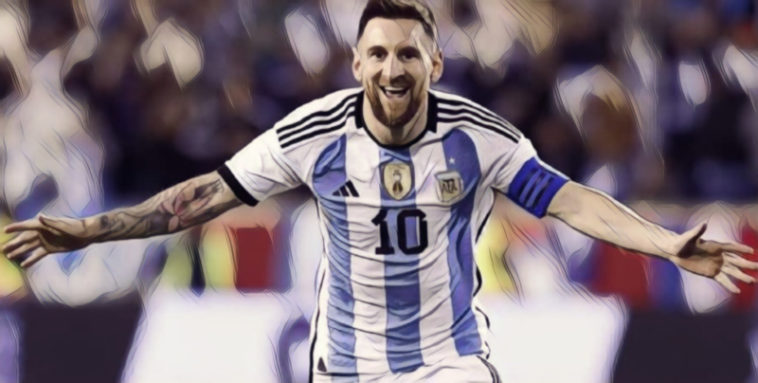 Following Argentina’s disastrous display in the 2018 World Cup under Jorge Sampaoli, they have been rejuvenated under the auspices of Lionel Scaloni. After clinching the Copa America in 2021, they finished second in their World Cup qualifiers, remaining undefeated in 17 matches and conceding just eight goals.

One of the clearest changes Scaloni has made is making Argentina more adaptable. He has shown a willingness to alter both personnel and systems to counter opposition threats and, in an attacking sense, optimize the talents of Lionel Messi against different types of defensive systems. He has a squad with impressive depth and flexibility in multiple positions, making Argentina a more unpredictable side than four years ago and better suited to knockout tournament football.

Whether in a 4-2-3-1, 4-3-3, or 4-4-2, Scaloni opts for a back four as the basis for his tactical setup. Aston Villa’s Emiliano Martinez will almost certainly play in goal behind a duo of Cristian Romero and one of Nicolas Otamendi or Real Betis’ Germán Pezzella. In Nahuel Molina and Gonzalo Montiel on the right and Nicolas Tagliafico and Marcos Acuna on the left, Scaloni has depth and attacking thrust in his fullback positions.

Guido Rodriguez and Leandro Paredes can play as either lone sixes or as one of a two at the base of midfield, with Rodrigo De Paul and Gionavi Lo Celso capable of partnering them to provide more creativity and dynamism from deep or playing higher up the pitch. Fiorentina’s Nicolas Gonzalez and Juventus’ Angel Di Maria are skillful, pacy wide players to complement Messi, who plays either on the right, as a lone striker, or as a second striker behind Inter Milan’s Lautaro Martinez.

The balance and setup Scaloni has found has enabled him, perhaps better than any Argentina manager before him, to maximize the performance of Messi. In previous iterations of the team, the PSG forward has often marauded extremely deep due to a lack of ball progression from midfield. In 2018, the usual midfield pivot of Javier Mascherano and Lucas Biglia provided safe, secure passing but little in terms of genuine progression, forcing Messi to provide such attacking thrust himself.

🎙️ Lisandro Martinez: “We will go to war for Lionel Messi in the World Cup.” 🇦🇷 pic.twitter.com/f7QH4Z2di1

Leandro Paredes has been key in alleviating this. He is an incredibly complete passer, positioning himself intelligently to evade opposition pressure and progress the ball up the pitch with penetrative forward passes. He can resist opposition challenges, pass with both feet, and receive the ball across the pitch and at a variety of angles. He’s the ideal pivot to initiate attacks, and his presence in the team enables Messi to push higher. The development of Lo Celso and De Paul, who also add ball carrying to Argentina’s midfield, ensures Messi can find space in between the lines and spend more time in the final third.

Another feature of Scaloni’s team which aids Messi is the amount of attacking movement in the final third. The fullbacks push high and wide but can also swap with the wingers to attack the inside channel. Lo Celso, in particular, can make darting runs from midfield into the box, while Martinez is extremely intelligent with his runs beyond the defensive line and can also drop deeper to enable other players to make inside runs.

Gonzalez and Di Maria also frequently swap flanks, and their interchanges with the fullbacks make it harder for the opposition to defend Argentina down the flanks. This slew of fluid, dynamic movement ensures Messi can find space in the final third and maximize his creative output by having a variety of options to feed the ball to.

Defensively, Argentina revert to a 4-4-2 with Messi always playing in the front two. Scaloni emphasizes that the two banks of four remain vertically compact, remaining in a mid-high low block and generally not pressing particularly assertively. In Romero especially, they possess extremely assertive defenders who trust their ability to win defensive duels, while Rodriguez offers similar assurance and aggression when played in midfield.

While Argentina generally dominate possession in most games, they are fairly direct and try to exploit teams through quick, vertical passes down the flanks. This means that against teams who set up in a low-block and deny such space to hit passes into, Argentina can be a bit stunted. Additionally, Paredes is also often used as the deepest midfielder to accommodate De Paul and Lo Celso, but this can make the team more porous through the middle and more suspectable to counter-attacks.

These weaknesses are relative, though, and are often mitigated by Argentina’s surfeit of talent and Scaloni’s impressive tactical acumen. For the first time in years, Argentina are not merely a collection of talented individuals. They are a cohesive team who possesses individual players whose strengths complement and support each other. At the heart of that cohesion is Messi, who is thriving in a team environment tailored to his abilities without sacrificing defensive security or becoming overly reliant on him for attacking productivity.

Flexible, industrious, and capable of dominating with simple, effective attacking tactics. Argentina are undoubtedly one of the best-placed teams to make a deep run in the World Cup this winter. Whether Messi can finally achieve the ultimate glory for his country remains to be seen.