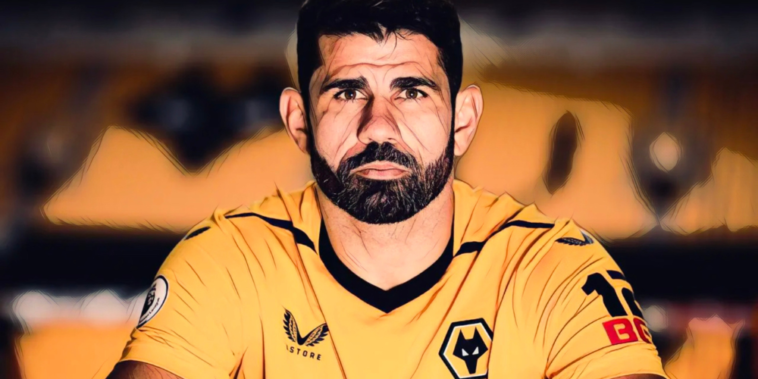 As All Hallows’ Eve approaches, we dutifully buy a multi-bag of Haribo for trick-or-treaters and maybe carve out a pumpkin if we’re so inclined.

Beyond that though, Halloween is for the kids, right? Being scared is for kids. We get to a certain age and accept that things don’t typically go bump in the night. It’s either the cat playing on the landing, or the central heating whirring down.

So, we leave all of the cheap scares to cheesy horror films, and our nieces and nephews dressing up in reimagined bedsheets, and we go to the football but once there we’re chilled to our bones.

Because that’s when we realise ghosts and ghoulies and long-legged beasties are everywhere, including on the pitch.

This towering, freakishly prolific bogeyman of Premier League back-lines was very possibly spawned from a vengeful Norse god copulating with a robot from the future.

It is rumoured that Haaland has only blinked a handful of times in his 22 years of feigning human behaviour and that should he ever cry an apocalypse will befall us.

Erling Haaland has 17 league goals, halfway towards the record for most goals in a Premier League season (34).

Of course, it’s tempting to plump for Phil Jones, with so many of his gurning challenges memed to kingdom come. In each, he resembles Stan Laurel as painted by Edvard Munch.

The perennial Manchester United absentee however is low-hanging fruit. He’s just too easy.

Instead then, let’s go with ‘Slabhead’, a defender of sorts who has the face of a man who sells rabbits for stew in flat-roofed pubs, but he’s not included here for his unfortunate visage.

Maguire is a reminder to each and every one of us that a reputation can be decimated into tiny little shreds in a bat of an eye. Now that’s a scary thought.

The veteran Porto centre-back has been sent off more times than Luke Shaw has asked for seconds and no doubt a huge party will be organized on his retirement, with the guest of honour not invited.

Instead, a litany of forwards will attend, hobbling in, nursing bites, bruises and raked shins to celebrate the fact that football is finally free of the Portuguese Begbie in boots.

Hollywood cottoned on a long time ago that few things are more unnerving than a charming sociopath. Some of the most memorable screen villains therefore have a smile as wide as their appetite for destruction.

Liverpool’s Jekyll and Hyde manager would make for a great screen baddie, especially in press conferences where he laughs manically with journalists, all chummy-like, before flipping in a heartbeat at an innocuous enquiry.

“We were playing against two teams today, Leeds and United. This is just not fair.” pic.twitter.com/nlDHSInYjg

It’s oddly comforting to have Costa back in the top-flight, plying his patented sh**-housery with Wolves and it takes a moment to figure out why.

It’s because, at 34, the weather-worn gargoyle is now only a decade or so away from looking his actual age.

There have been whispers that the seasoned striker exclusively feasts on fish-heads and shaves with a potato peeler. We couldn’t possibly comment.

Diego Costa receives a straight red card for a headbutt on Ben Mee.

Welcome back to the Premier League 🙃 pic.twitter.com/uBnLvzbKiv

Nosferatu’s great-great-great grandson reserves his best performances for midweek games due to daylight making him testy and weary.

This Halloween the Newcastle midfielder will go door-to-door with his offspring, and inwardly wince every time someone asks who he’s come as. He hasn’t come as anyone.

Cursed with the ferrety features of a spitting scrote who asks you to buy them twenty Bensons outside an offy, Gordon is exactly how Richard Curtis thinks the working classes look like.

Were it not for fame and fortune, the 21-year-old would be fated to attend the prom of life very much alone and while being a bit ugly is not particularly frightening, he presumably scared his midwife senseless.