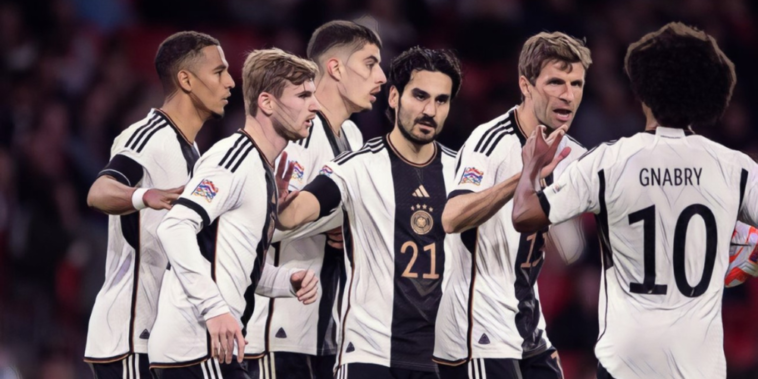 Ahead of the tournament we’ve previewed each of the competing sides, here are the nations in Group E – Germany, Spain, Japan and Costa Rica.

Write Germany off at your peril, but it is perhaps telling that the perennial tournament contenders have barely been discussed among the favourites for success in Qatar.

Germany reached at least the semi-finals in seven straight tournaments between 2006 and 2016, but saw that run emphatically ended with a disastrous group stage exit in Russia four years ago. A meek elimination to England at Euro 2020 then meant that the Germans had failed to reach the last eight of successive tournaments for the first time.

More is demanded from Hansi Flick’s side ahead of Qatar. Qualification was confirmed with ease, a shock defeat to North Macedonia the only blemish on an otherwise perfect record, one which saw just four goals conceded and Germany become the first team to reach the tournament.

Only England scored more goals among Europe’s qualifiers, despite the lack of genuine centre-forward option. Timo Werner’s injury further limits Germany’s options, with Kai Havertz expected to lead the line in a false nine role. In Serge Gnabry, Leroy Sane and Thomas Muller, the Germans have a creative cast more than capable of chipping in with goals.

Muller will want to improve his brilliant record on this stage, with no player heading to Qatar possessing more World Cup goals (10) or assists (6) than the Bayern Munich star. Just seven players have ever scored more goals at the World Cup than the 33-year-old, who is six short of compatriot Miroslav Klose’s all-time record.

Spain were another side who underperformed in Russia in 2018, eliminated on penalties against the host nation in the last 16. It was a second successive World Cup disappointment for the Spanish, who despite a depth of talent have declined since their golden era of consecutive tournament wins between 2008 and 2012.

Luis Enrique led the side to the semi-finals at Euro 2020 and the current squad has an appealing blend of potential and experience. Barcelona trio Pedri, Gavi and Ansu Fati are among the most exciting talents in the game, with the former named as the Best Young Player at the delayed European Championship last year.

They will be following the steps of the Boateng brothers, Jérôme and Kevin, who featured for Ghana and Germany in 2010. 👏 pic.twitter.com/lI3pBAG11Z

He will form a central part of Spain’s plans, which will include aggression and intensity off the ball with Enrique having discussed his desire for his team to be high up the pitch and pressuring opponents.

Spain topped their groups in both World Cup qualification and the Nations League, while memories of a 6-0 win over Germany from 2020 are fresh ahead of a huge meeting with the Germans in Qatar.

Japan’s hopes of reaching the knockout rounds for a second successive tournament have been made more difficult after being paired with two European heavyweights in Group E.

Hajime Moriyasu’s side have the potential to cause an upset however, and boast an exciting collection of creative talent. Daichi Kamada has started the season in brilliant form for Eintracht Frankfurt, scoring 12 goals in just 22 appearances to help the Bundesliga side into the Champions League’s last 16.

Daichi Kamada is in hot form heading into the #FIFAWorldCup 🇯🇵 pic.twitter.com/AaSqrxjdiU

The explosive pace of Junya Ito has been a weapon for Japan of late, while Takumi Minamino has struggled to make an impact at Monaco this season but showed his talent at Liverpool last season – despite admittedly limited opportunities. He top-scored for the Reds in both competitions as Jurgen Klopp’s side won a FA Cup and Carabao Cup double. Minamino could be an option as an unorthodox centre-forward with Japan lacking a proven option to lead the line.

It’s been mass change since an experienced team reached the Round of 16 in Russia, with just a few remnants from that team travelling to Qatar this time around. Japan qualified with ease for the tournament, but a record of just 12 goals from ten qualification games is a concern. Moriyasu’s side have lost just twice from 13 fixtures in 2022 however, a run which has included encouraging wins against Paraguay (4-1), Ghana (6-1) and South Korea (3-0).

Costa Rica secured qualification to Qatar based on the strength of their backline and will need more defensive discipline to upset the odds and reach the knockout rounds.

Luis Fernando Suárez’s side conceded just eight goals in 14 games, with Keylor Navas remaining his side’s most important player in goal. The three-time Champions League winner has lost his place at club level to Gianluigi Donnarumma and his preparations have been impacted after failing to feature for Paris Saint-Germain so far this season.

The 35-year-old will be key however, providing experience and agility behind a centre-back pairing of Óscar Duarte and Francisco Calvo. Costa Rica’s defensive strength comes alongside a lack of goals however, and that is a concern heading into the World Cup.

Just four of the squad have scored more than ten goals for the national side and each are over the age of 30. Ex-Premier League names in Bryan Ruiz – the 37-year-old Costa Rica captain – and Joel Campbell are part of their travelling squad.