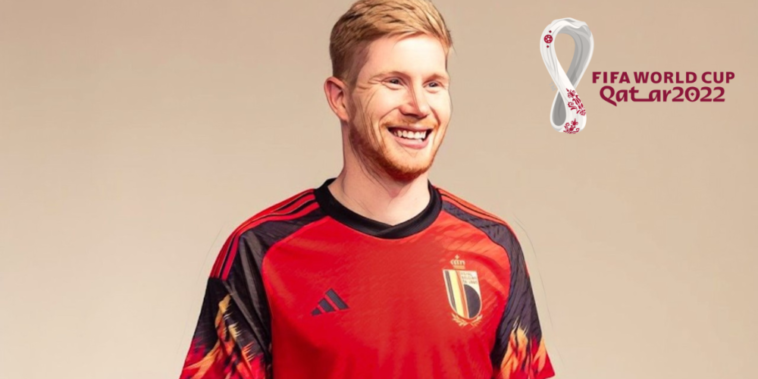 Excitement is building ahead of the FIFA World Cup with all eyes set to turn to Qatar.

The release of new kits is something that always builds the anticipation for a major tournament, with the latest offerings containing the usual mix of hits and misses.

Ahead of the World Cup, we’ve decided to look at those who missed the mark with the worst new threads set to be on show in Qatar. Here are five of the worst kits that will feature at the World Cup this winter.

Switzerland (Away) and Serbia (Home)

It does often amaze how major manufacturers can’t come up with enough shirt templates to ensure uniqueness at a major tournament, but alas here we are.

Puma have gone for a central box design with the flags of the nation incorporated just above. None are truly impressive, but the vibrant colours of Ghana and Senegal at least send a statement, even if the former’s does have a somewhat ‘fast food chain uniform’ vibe to it.

Puma have released the 2022 World Cup away shirts for Ghana, Serbia, Senegal and Switzerland 🌎🏆 pic.twitter.com/VuhBk6JQzi

Less can be said about the away shirts for Serbia and Switzerland, with the white backdrop uninspiring with this design.

England’s reveal of their new home shirt was somewhat like a lead balloon, with fans unimpressed with the bold blue shoulder design. According to Nike, it is ‘a distorted Three Lions graphic, layered with aggressive angles and lines to replicate claw marks’.

Sorry Nike, but it’s just not for us. The Three Lions fans will soon be treated to the sight of Southgate’s side struggling to break down Iran. And they won’t even look good doing it.

We wear the shirt with pride.

Sometimes, keeping it simple can lead to better results…

That #England shirt is truly horrific, especially when all they had to do was copy the away kit for a stone cold classic. Please @Nike change it. pic.twitter.com/KrJrqAQGGC

Belgium, this is bad.

Flames on a football shirt are a daring choice and it’s fair to say it’s backfired here.

Kevin De Bruyne and company would look more suited to stepping up to the oche than onto world football’s biggest stage in Qatar.

Words we never thought we’d write, but here we are.

The Netherlands have released a bad home kit. The famous orange colours of the Dutch are among the most iconic in world football, but Nike have contrived to create this disappointment.

It’s got a velvety texture more often seen on the mound of bed cushions that has even the most harmonious of couples squabbling. Worst of all, it’s not even that orange.

Netherlands home and away shirts for the 2022 World Cup 🇳🇱 pic.twitter.com/9Z5e4CbYpC

There’s been classic upon classic from the Dutch in past tournaments. This isn’t one of them.

That Nike have managed to somehow mess up the iconic kits of both the Netherlands and Croatia is a truly unforgivable sin. If it’s not broke don’t fix it.