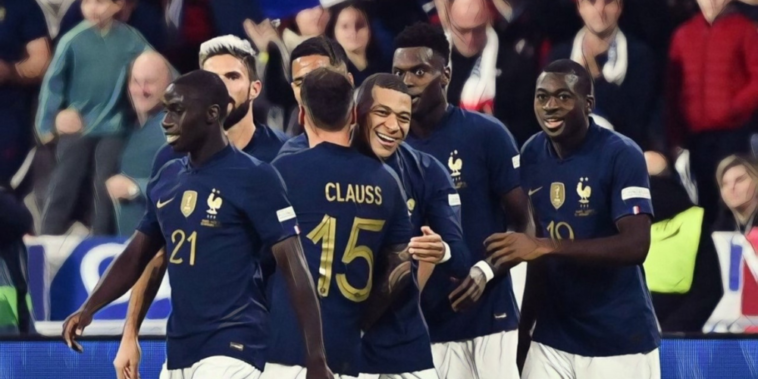 Ahead of the tournament we’ve previewed each of the competing sides, here are the nations in Group D – France, Denmark, Australia, Tunisia.

France are the reigning world champions and will be looking to become the first team since Brazil in 1962 to defend the trophy.

Didier Deschamps has an enviable talent of pool to choose from, including two of the finest forwards in the game in Kylian Mbappe and Karim Benzema. The latter was named winner of the Ballon d’Or last month and has scored ten goals in 16 appearances since ending a six-year international exile ahead of Euro 2020.

The 34-year-old missed Les Bleus’ triumph in Russia due to that exile and will be keen to make up for lost time in Qatar. His partnership with Mbappe will be central to France’s hopes, with the latter now one of the world’s top talents after winning the World Cup’s Best Young Player in 2018. He has finished as Ligue 1’s leading scorer in four consecutive campaigns and ended last season with 39 goals and 26 assists in all competitions.

Despite the depth at Deschamps’ disposal, he will have to work with a new-look midfield at the World Cup with both Paul Pogba and N’Golo Kante absent through injury. The onus will be on Real Madrid’s Aurélien Tchouaméni to provide presence in an anchor role. William Saliba – excellent so far this season for Arsenal – will hope for a starting role at centre-back.

France will need to improve on their recent form to defend the title however, having won just one of their past six matches. It is a run that almost led to an embarrassing Nations League demotion.

Denmark are a team with the talent to trouble in Qatar and after reaching the semi-finals of Euro 2020 will be confident of at least matching their best ever World Cup performance.

Kasper Hjulmand’s side were one of the stories of the European Championship, as the Danes recovered from the traumatic scenes of Christian Eriksen’s collapse in their opening fixture to reach the last four on the back of good football and good will.

Denmark’s players were given a send off by school children before heading to the World Cup 🤗 pic.twitter.com/GfHqezlzJm

Eriksen’s return makes Denmark even more dangerous opposition at the World Cup, with the midfielder having been outstanding since a summer transfer to Manchester United. He shone as the Danes beat Group D opponents France home and away in the UEFA Nations League and will be the creative hub of the national side in Qatar.

In Pierre-Emile Hojbjerg and Thomas Delaney the Danes have a work-horse midfield to compliment the creativity of Eriksen, while Andreas Skov Olsen has flourished since a summer switch to Club Brugge. Hjulmand must decide on who leads the line at the World Cup, as the likes of Jonas Wind, Kasper Dolberg and Andreas Cornelius compete for a role at centre-forward.

Australia will feature in a fifth consecutive World Cup tournament, a fine achievement for a nation who had reached just one finals before 2006 and where the world game often takes a back seat in comparison to rival sports.

Graham Arnold’s side navigated a tricky test to beat Peru in an intercontinental playoff, beating the South Americans on penalties in Qatar. Arnold substituted on goalkeeper Andrew Redmayne for captain Matt Ryan ahead of the shootout and the shot-stopper’s theatrics on the line helped the Socceroos to the World Cup.

OFFICIAL: Australia have named their 26-man squad for the 2022 World Cup. 🇦🇺 pic.twitter.com/RrUYrB9qVx

Australia will begin the World Cup as rank outsiders and their squad lacks the star power of past tournaments. While the likes of Harry Kewell, Mark Viduka and Tim Cahill were household names in major European divisions, the current squad has just two players – Ajdin Hrustic and Awer Mabil – competing in Europe’s top-five leagues.

Hrustic will be looked to for inspiration, with the midfielder having become just the second Australian – after Kewell – to win a major UEFA competition last season after forming part of Eintracht Frankfurt’s Europa League winning side. He signed for Hellas Verona last summer but has struggled to make an impact in Italy so far this season.

Garang Kuol – who will join Newcastle from Central Coast Mariners in January – has been included in the squad as a wildcard option. The 18-year-old became the youngest Australia player since 1996 when making his debut in September.

Tunisia have never progressed from the group stage at a World Cup, but are confident of a successful tournament with a new-look squad for Qatar.

Jalel Kadri took charge of the side in January after the nation’s quarter-final exit at the AFCON and has lost just once to date, a 5-1 friendly defeat to Brazil. Before that loss, Tunisia had impressed to beat Chile and Japan to win the Kirin Cup during the summer.

Ferjani Sassi was named as Player of the Tournament for that triumph and will be joined in the Tunisian midfield by Hannibal Mejbri. The Manchester United teenager – on loan at Birmingham City this season – is highly-regarded at Old Trafford and has already amassed 18 caps for the Tunisian senior side after changing his international allegiance from France.

Youssef Msakni – familiar to those in Qatar after a prolific record at club level in the Qatar Stars League with Al-Duhail and Al-Arabi – will lead the line.