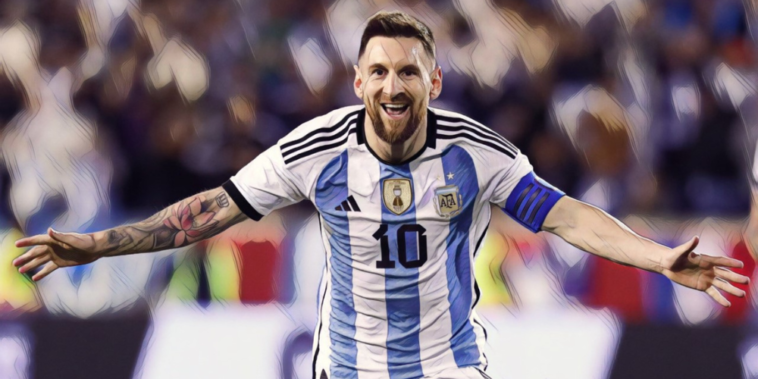 Ahead of the tournament we’ve previewed each of the competing sides, here are the nations in Group C – Argentina, Poland, Mexico and Saudi Arabia.

Lionel Messi will head into his final World Cup with a sense of genuine optimism, with Argentina quietly confident of success in Qatar.

Lionel Scaloni has turned the South Americans into a winning machine across the past three years and La Albiceleste arrive at the World Cup unbeaten since the 2019 Copa America semi-finals. That 35-game run is just two short of the international record set by Italy between 2018 and 2021, with the Argentines both calm and confident.

Scaloni’s success has included getting the best from Messi, who has shedded a burden of past international failures with a triumph at the Copa America in 2021 – the nation’s first international title in 28 years. That victory came after beating great rivals Brazil at the Maracanã and Argentina proved capable of beating top-level European opponents with a thrashing of Italy in the “Finalissima” during the summer.

Messi, as ever, holds the key but Scaloni has succeeded where past coaches have failed in truly bringing the best from the seven-time Ballon d’Or winner in an Argentina shirt. He has ten goals in just six appearances this calendar year and has been superb at club level for PSG, recording 25 goal involvements in just 18 appearances.

A World Cup success would be the crowning glory on an iconic career.

Poland have ambitions of reaching the World Cup’s knockout rounds for the first time since 1986. In three visits to the finals since, Poland have won just three games.

However, Czesław Michniewicz’s are armed with one of world football’s finest in Robert Lewandowski. and the Barcelona forward will want to make an impact in Qatar. He failed to score as Poland finished bottom of a rather modest group in Russia four years ago and at 34 this could be his last chance to shine at a World Cup.

Robert Lewandowski picks up his Golden Shoe award for the most league goals (35) in Europe last season 🌟 pic.twitter.com/rMxFe4mnXn

Lewandowski leads La Liga’s goal charts this season and has a record 76 goals for the national side. Only Harry Kane and Memphis Depay outscored Lewandowski in Europe’s qualification phase, as Poland finished as runners-up to England before navigating a play-off against Sweden.

While undoubtedly the star of the side, Lewandowski has fine support in the shape of Napoli midfielder Piotr Zieliński. The latter has been at the heart of a Napoli team who are among Europe’s most exciting sides at present. Sebastian Szymański – excellent so far this season at Feyenoord – is one to watch.

Can Mexico break the curse?

El Tri boast one of the most remarkable records in World Cup history, having reached the last 16 in seven straight tournaments without ever progressing further. The Mexicans have reached the first knockout round at every World Cup since 1994, but each time have fell at the fourth game hurdle.

There will be some who will be satisfied just to see the current team reach that stage, with concerns heading into Qatar. Mexico’s qualification campaign was uninspiring as Martino’s side finished behind Canada, failing to beat either the Canadians or the United States.

Mexico also lack a reliable goalscorer with Raul Jimenez having not been the same player since returning from a career-threatening head injury at Wolves. The 31-year-old has scored just six goals in 38 league appearances since the start of last season.

Much could hinge on the performances of Hirving ‘Chucky’ Lozano, who has thrived as part of Napoli’s vibrant side this season, while Ajax midfielder Edson Alvarez – a summer transfer target for Chelsea – will anchor the Mexican’s midfield.

Veteran duo Andrés Guardado and Guillermo Ochoa are incredibly set to feature at a fifth World Cup. Before Qatar, only four players – Antonio Carbajal, Gianluigi Buffon, Rafa Marquez and Lothar Matthaus – had ever achieved that feat.

Saudi Arabia are the second-lowest-ranked team travelling to Qatar this winter, but Herve Renard’s team will do so with optimism after a strong qualification campaign.

The Green Falcons topped a group containing Japan and Australia to reach the finals, losing just once from their 18 fixtures across the two qualification phases.

Renard has experience of success at major tournaments, having become the first coach to lead two different countries to the Africa Cup of Nations. He led Zambia to a shock success in 2012, before leading Ivory Coast to the title in 2015.

He will aim to lead a young squad into the World Cup’s knockout rounds, with Saudi Arabia having progressed from the group just once in five attempts. Their success could depend on the fitness of Salem Al-Dawsari as he recovers from appendix surgery. The winger was named as the AFC Champions League’s Most Valuable Player in 2021 after leading Al-Hilal to a fourth title and is his nation’s match-winner.