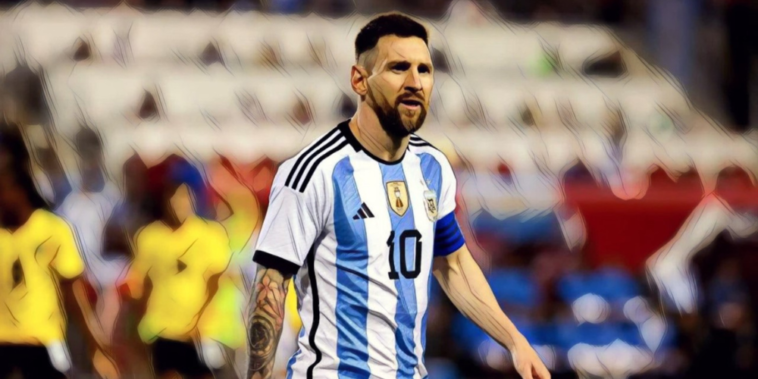 The FIFA World Cup will see world-class players from across the planet compete in Qatar, as sport’s biggest event heads to the Middle East this winter.

It will be one of the world’s most watched events and fans tuning in for the tournament will be treated to some fine football from a host of star names.

Ahead of the World Cup, we’ve attempted to pick a best XI of those competing in Qatar. It did not prove an easy task…

Alisson is perhaps the only player at Liverpool to have performed to their usual standard this season, with the goalkeeper having ensured a difficult start to the season has not been worse with a series of strong performances.

For Brazil he holds number one status over Ederson and will be the last line of defence as the South Americans compete to be crowned champions. The Selecao arrive in Qatar as FIFA’s number one ranked nation and as the favourites to win a record-extending sixth World Cup.

A brilliant defence was behind their unbeaten qualification campaign, as Brazil conceded just five goals across 17 fixtures. Alisson was a central part of that, with the 30-year-old arguably the world’s best when it comes to one-vs-one situations. He edges out Belgium’s Thibaut Courtois and German great Manuel Neuer for a role in this side.

Achraf Hakimi will lead Morocco’s side having developed into one of Europe’s most influential full-backs since the last World Cup. He travelled to Russia as one of the tournament’s youngest players, but four years on is a defender who combines scintillating speed with attacking end product.

After impressive spells with Borussia Dortmund and Inter Milan he signed for Paris Saint-Germain, where has been directly involved in 16 goals in less than a season-and-a-half at the Parc des Princes.

Explosive and exciting when bursting forward into the final third, he forms part of a strong core for the national side alongside Hakim Ziyech, Yassine Bounou and Youssef En-Nesyri who will hope to upset the odds against Belgium, Croatia and Canada in Group F.

Virgil van Dijk’s largely unchallenged status as the world’s best centre-back has been er… challenged this season, with the Dutch defender having not quite looked the immovable force of old.

That said, at his best Van Dijk is a formidable presence, combining a giant frame with speed over the ground and outstanding distribution from deep. A natural leader, he will compete in his first major tournament at the World Cup, having missed the Netherlands’ Euro 2020 campaign as he recovered from an ACL injury.

Virgil van Dijk is attending his FIRST World Cup for the Netherlands 👏 pic.twitter.com/hSoNV7MSC2

The Oranje captain will be the centre-piece of Louis van Gaal’s back three, where he will be flanked either side by the athleticism of Jurrien Timber and Nathan Ake in a backline that boasts balance. Unbeaten since their exit at Euro 2020, the Dutch travel to Qatar with optimism.

There’s perhaps no greater tribute to David Alaba than that he could conceivably feature in this side across multiple positions. The Austrian is world-class at left-back, has thrived in midfield roles for his country and has found a home at Real Madrid’s Champions League winning team at centre-back.

Not content with winning ten league titles, six German Cups and two Champions League trophies at Bayern Munich, he then decided to embark on a new challenge in Spain and promptly added both La Liga and a third Champions League to an incredible medal haul.

Quick over the ground, intelligent and brilliant in possession, Alaba is a footballer who just oozes class wherever he is stationed on the field.

Cancelo is expected to start on the right side for Portugal at the World Cup, but is included here at left-back where he most often finds himself at Manchester City.

Well, in terms of the team sheet that is.

Cancelo has developed into one of the most influential defenders in Europe under Pep Guardiola’s tutelage, where he is granted responsibility and freedom to roam across the pitch. The 28-year-old pops up in advanced areas both centrally and out wide, serving as a full-back/winger/playmaker hybrid for the Premier League champions.

A brilliant all-round footballer, left-back is not pigeon-hole he fits in comfortably.

Joshua Kimmich will be at the heart of a Germany team many have overlooked as contenders, but with enough talent – formed largely from Bayern Munich – to go deep into the tournament.

Kimmich is one of the most complete midfielders in world football, a player who has produced consistent quality across seven seasons in Bavaria. That period has resulted in seven straight titles and the Champions League, while he will be tasked with providing the conduit between the German backline and final third.

Combative and creative in equal measure, he shapes as the key figure for a nation who are perennial contenders for major tournaments. After disappointments a the last World Cup and Euro 2020, the Germans have a point to prove in Qatar.

Belgium’s hopes of a successful tournament will be largely pinned on Kevin De Bruyne, perhaps the only member of the nation’s Golden Generation heading to the World Cup both fit and in form.

As Eden Hazard and Romelu Lukaku struggle at club level, De Bruyne has shone as arguably the Premier League’s finest footballer. He has averaged a goal or assist every 94 minutes for Manchester City this season and leads the Premier League for goals created.

De Bruyne’s vision, footballing IQ and technical brilliance off either foot are a formidable combination. His ability to carve out chances with unerring consistency will be crucial to the hopes of Roberto Martinez’s side.

Could this be Lionel Messi’s tournament?

In what will be his last chance at World Cup success, both Messi and Argentina arrive in Qatar in formidable form. La Albiceleste are unbeaten since the 2019 Copa America semi-finals and could go past Italy’s all-time record for international games without defeat during the group stage.

Lionel Scaloni has gelled Argentina’s stars into a cohesive unit and brought the best from the nation’s iconic star name. Messi has 11 goals in his last seven appearances for Argentina and has began the new campaign in scintillating form for PSG.

He has 26 goal involvements in just 18 appearances at club level and there’s a long list of footballing romantics who would like to see him claim football’s biggest prize this winter.

Neymar will also have plans to make his mark in Qatar, as the leading light of a Brazil team tagged as pre-tournament favourites.

The 30-year-old needs just three goals to become Brazil’s all-time leading scorer outright, a phenomenal achievement given the list of iconic names who have represented the Selecao. Neymar will now look to replicate the likes of Pele, Romario and Ronaldo in winning the World Cup, a moment which would cement his place in the history of the national side.

He has the ability and form to define the tournament, following a brilliant start to the season at PSG. He has averaged a goal or assist every 54 minutes in Ligue 1 this season and is primed for a terrific tournament this winter.

Now this is where things get really tricky…

Karim Benzema has not quite been at his brilliant best so far this season, but a World Cup best XI would not be right without the reigning Ballon d’Or winner among its ranks.

Last season the 34-year-old was unstoppable during Real Madrid’s run to Champions League success, changing the narrative of games almost singlehandedly. He scored stunning hat-tricks against PSG and Chelsea, before deciding the semi-final with Manchester City.

Benzema struck 44 goals in just 46 appearances to be named as the world’s finest footballer and has scored ten goals in 16 appearances since ending his six-year international exile with France. Having missed out on Les Bleus’ success in Russia in 2018, he will be keen to make up for lost time in Qatar.

Harry Kane might have won the World Cup’s Golden Boot and Robert Lewandowski has scored an average of 45 goals per season for seven straight campaigns.

Neither, however, are included here with Kylian Mbappe chosen to partner Benzema in an all-French attack. Mbappe was one of the stars of the last World Cup as France were crowned champions, becoming the first teenager since Pele in 1958 to score in the final.

Since then he’s developed into one of world football’s finest talents, who at his best possesses an explosivity almost impossible for defenders to contain. The leading scorer in Ligue 1 in each of the past four campaigns, he has racked up 249 goals for club and country and does not turn 24 until next month.

How he and Benzema combine will be crucial to France’s hopes of defending the trophy.