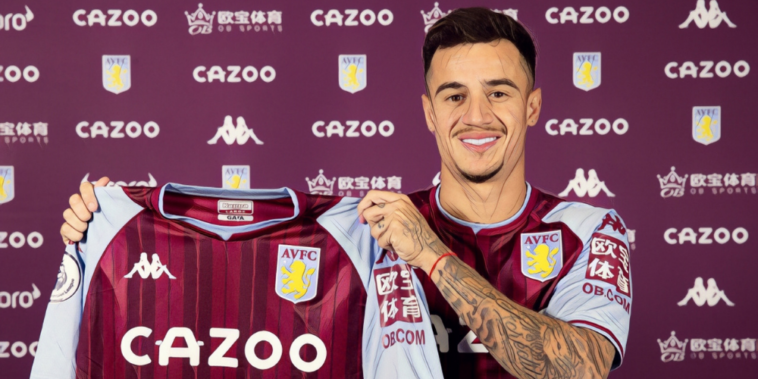 The January transfer window reached its conclusion on Monday evening with the deadline for deals having now passed.

It was an unusually active end to the transfer period as Premier League sides sought late additions, the likes of Newcastle and Everton among the busiest clubs in a frantic scramble to secure new signings.

Whilst some teams were left pleased with their month’s work, there are a number of others who failed to find the additions needed during a frustrating period in the market.

After the window slammed shut, we look at the Premier League winners and losers from the January transfer window.

Newcastle were always set to be the talking point of the January transfer window, the first period of activity since the club’s billionaire takeover earlier in the season.

The Magpies predicament – in the Premier League’s relegation places and with just two wins all season – made reinforcements a pressing need and Eddie Howe’s recruitment team managed to conclude five deals before the deadline.

Three of those came in defensive areas with Newcastle possessing the second-worst defence in the division at present, with Kieran Trippier and Matt Targett representing upgrades at full-back.

Dan Burn and Chris Wood will add presence at either end of the pitch, whilst the arrival of Bruno Guimarães represents a coup for the new regime.

The Brazil international has impressed since making the move to Europe in 2019 and has been a reported long-term target for Arsenal.

Newcastle led the league for spending this month and given the minimal investment among their relegation rivals, their recruitment will be a major boost to their hopes of Premier League survival.

Arsenal entered the transfer window in search of additions in midfield and at centre-forward, but the deadline passed without significant arrivals at the Emirates.

The Gunners had hoped to persuade Dusan Vlahovic to move to the Premier League, though their pursuit proved a frustrating one as the Fiorentina forward opted to sign with Juventus.

Dominic Calvert-Lewin and Alexander Isak were named as potential alternatives to the Serbian, but neither appeared attainable in the mid-season market and Arsenal look short at centre-forward for the remainder of the season.

There was similar frustration in the Gunners pursuit of a midfielder, having seen talks with Juventus over a loan deal for Arthur Melo fail to find a breakthrough.

Having allowed a number of senior options to leave in January, Arsenal look worse off – particularly in terms of depth – than when the window opened.

The North Londoners have a real chance of a top-four finish and Champions League return this season and will hope their inability to land targets does not prove costly at the season’s end.

Steven Gerrard will be pleased with his first transfer window in charge of Aston Villa, having had the backing of the board to land a number of eye-catching arrivals.

Gerrard’s presence persuaded former Liverpool teammate Philippe Coutinho to move to Villa as he looks to relaunch his career, with hopes high that the Barcelona loanee can rediscover his finest form amid regular first-team football in the Premier League.

Villa also capitalised on Lucas Digne’s fall-out at Everton to sign the left-back in a £25m deal, the 28-year-old adding creative quality from full-back in Gerrard’s new-look side.

Callum Chambers’ arrival on a free transfer could be a shrewd signing given the defender’s versatility, whilst Robin Olsen provides goalkeeping depth after signing on loan from Roma.

Villa are some way adrift in the race for European football, but will be looking upwards after a strong start and pleasing transfer period under their new manager.

Manchester United had been linked with the signing of a defensive midfielder during the winter window, the arrival of a defence-minded figure viewed as the pressing need in Ralf Rangnick’s side.

The January transfer window has passed without new arrivals, however, the wealth of speculation failing to lead to reinforcements for the interim manager.

United’s focus has instead been on trimming a bloated squad and the likes of Anthony Martial (Sevilla), Donny van de Beek (Everton) and Amad Diallo (Rangers) have been allowed to leave on loan.

Jesse Lingard and Dean Henderson have remained, despite both wanting out this winter.

Liverpool were not expected to make additions during the January transfer window, but made a move to sign Luis Diaz from Porto after Tottenham registered interest in the winger.

Diaz had been an intended summer target for the Reds, but a deal was brought forward with the club completing a transfer worth an initial £37.5m for the Colombia international.

The 25-year-old starred during last summer’s Copa America to finish as the tournament’s leading scorer alongside Lionel Messi, whilst he has enhanced his reputation as one of the leading players outside Europe’s major leagues this season.

The moment you’ve been waiting for…

Diaz has scored 14 goals in 18 league appearances for Porto this season and looks tailor-made for Klopp’s Liverpool, who now boast genuine depth in attack for perhaps the first time under the German’s management.

The Colombian represents a signing for both the present and future, whilst his arrival adds an insurance policy for Klopp amid uncertainty over Mohamed Salah’s contract situation.

A late move for Fulham’s Fabio Carvalho collapsed in the closing stages of the window, but the deal for the teenager is expected to be renewed in the summer and Liverpool’s loan of Neco Williams to the promotion-chasing Cottagers could help smooth out negotiations.

David Moyes has worked wonders since his return to West Ham, but will need to pull more rabbits out of the hat to maintain the Hammers’ push for Champions League football.

West Ham were in desperate need of additions at centre-back and centre-forward, though failed to bring in reinforcements during a period which Moyes has continually described as ‘difficult’.

Late moves for Darwin Nunez and Hugo Ekitike failed to find agreements, the latter turning down the club in the hope of moving to a Champions League club from Benfica this summer.

There were also ambitious – and somewhat unrealistic – mid-season bids for Leeds duo Raphinha and Kalvin Phillips.

⚒️ “I feel like West Ham should have done some business.”

😳 “The whole Phillips & Raphinha thing, I laughed out loud when I saw that.”

Dean Ashton has his say on #WHUFC’s lack of transfers pic.twitter.com/ZKqIzRIlkP

West Ham’s hopes of being among Europe’s elite now depend on Michail Antonio’s form and fitness, the forward – no stranger to hamstring injuries – set to carry the weight of expectation for the club’s top-four push and Europa League campaign.

Moyes’ side lost back-to-back games to Leeds and Manchester United prior to the international break, and the long-term absence of Angelo Ogbonna had highlighted the need for a defensive signing.

Christian Eriksen’s return to football was the feel-good story of the deadline day business, the midfielder completing his free transfer move to Brentford.

Eriksen signs for the Bees just seven months after his horrifying collapse and cardiac arrest at Euro 2020 and has since been fitted with an implantable cardioverter-defibrillator (ICD) in order to resume his career.

The 29-year-old will join a strong Danish contingent at Brentford and sees him reunite with Thomas Frank, having previously been coached by his compatriot in the youth sides for the national team.

Eriksen will add creative quality to the Brentford side and, despite the circumstance surrounding his signing, is a real coup for a team in their first season at Premier League level.

His six-month deal with Brentford may ultimately not work out as they hope, but even just a single minute on the pitch will represent a success story following his life-threatening situation last summer. He will receive a rapturous reception when he adorns the club’s colours for the first time, and likely at every Premier League ground he plays at.

Consecutive wins have moved Norwich out of the Premier League’s relegation places for the first time this season, with the impact of Dean Smith beginning to be felt at Carrow Road.

The Canaries, however, failed to back their new manager during the January transfer window and Smith will no doubt be frustrated at an inability to bring in his own personnel.

Norwich have struggled at both ends of the pitch and have a reinforced Newcastle squad lurking behind them in the Premier League table, the significant investment at St James’ Park making Smith’s challenge all the more daunting.

Norwich have bounced between the top two divisions in recent seasons and it will be an impressive end to the campaign if Smith can keep preserve the Canaries’ Premier League status.

The club’s main business of the window was outgoings, including the decision to allow Todd Cantwell join Championship promotion hopefuls Bournemouth on loan.