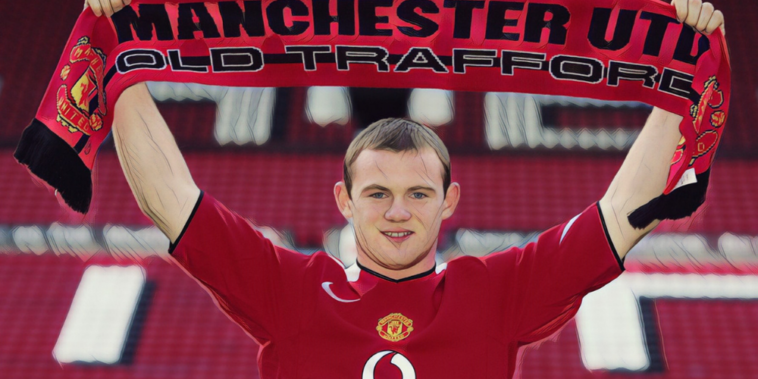 The transfer deadline is fast approaching with Premier League clubs desperately scrambling to bolster their squads with last-minute additions before the window slams shut.

Deadline day has evolved into a football frenzy for fans, supporters glued to the news as they eagerly anticipate late drama. Throughout Premier League history we’ve seen some major additions arrive on deadline day, though some have been rather more successful than others.

A move met with great disappointment by then Real Madrid teammate Zinedine Zidane, French midfielder Claude Makelele left the Spanish side in the midst of their ‘Galactico’ era to join emerging force Chelsea.

Makelele’s famed defensive discipline in the holding midfield role led to the position being named colloquially after him and the midfielder became vital part of the Chelsea side which established themselves among English football’s elite and won back-to-back Premier League titles under Jose Mourinho.

Makelele made 217 appearances during a trophy-laden spell at Stamford Bridge before leaving for Paris Saint-Germain in 2008.

Having burst onto the scene as a precocious teenager at Everton, an 18-year-old Rooney showed he was ready to play on football’s highest stage by shining for England at the 2004 European Championship.

Manchester United won the race to sign the Liverpudlian ahead of Newcastle, making Rooney football’s most expensive ever teenager at the time.

A stunning hat-trick on his Old Trafford debut against Fenerbahce was a sign of things to come, with Rooney winning six Premier League titles and the Champions League in over a decade at the club.

He left United in 2017 to return to former side Everton, having scored a record-breaking 253 goals in 559 appearances.

The duo had been coveted by Europe’s leading clubs, so it came as a major shock when they arrived in East London on deadline day 2006.

Both players initially struggled to adapt to English football, but it was Tevez who went on to establish himself as a West Ham favourite in his sole season in Claret and Blue.

With the club facing a desperate battle to avoid relegation, Tevez played a starring role in the club’s survival, including a vital winner on the final day of the season at Manchester United.

Named as the club’s Player of the Year, Tevez departed that summer to sign for Premier League champions Manchester United, though remains fondly remembered by West Ham supporters.

A high-profile deal which caused animosity between the two London rivals, Chelsea and Cole had been fined for attending illegal meetings prior to the England international’s switch to Stamford Bridge.

Cole had established himself as one of the Premier League’s finest full-backs at Arsenal, where he won two league titles and formed part of the club’s famed ‘Invincibles’ side.

Chelsea expressed an interest in signing the left-back and after protracted talks a deal was struck on deadline day 2006, with the West London side parting with £5m plus defender William Gallas to bring Cole to the club.

Cole enjoyed a glittering Chelsea career as he won eight major honours including the 2012 Champions League. He left Chelsea for Roma in 2014, regarded by many as the Premier League’s greatest ever left-back.

A goal on his debut against Stoke City was a promising start, though the South American initially struggled to replicate his prolific Eredevisie record in English football.

Suarez scored 17 goals in all competitions during his first full season at the club, winning the League Cup, before reaching the 30 mark in an impressive campaign the following year.

His finest season proved his final one in a Liverpool shirt however, as Suarez hit 31 goals in just 33 Premier League appearances as Brendan Rodgers’ side narrowly missed out on the Premier League title.

His performances were rewarded with a PFA Player’s Player of the Year and FWA Footballer of the Year double, before he signed for Barcelona in a £75m deal in 2014.

A series of controversies blighted his reputation amongst the rest of English football, though few were appreciated more during his three-and-a-half-year spell on Merseyside.

After more than a decade of service as Tottenham’s number one goalkeeper, the signing of Hugo Lloris represents one of the North London club’s greatest bargains.

Lloris arrived into the division in an £8m deal from Lyon on deadline day 2012, with his arrival viewed as a coup for a Spurs side beginning to challenge the Premier League’s leading sides.

The France international has since made 421 appearances for the club in all competitions, becoming a key figure during the Mauricio Pochettino era as Spurs finished as runners-up for both the Premier League and Champions League.

⏪ #TBT to this Hugo Lloris save 😱😱😱#UCL | #ThrowbackThursday | @SpursOfficial pic.twitter.com/XTellLesRL

Lloris’ leadership has also seen him become captain for both club and country, captaining France to success at the 2018 World Cup in Russia.

Ten seasons after his arrival into the Premier League, the veteran shot-stopper continues to be an influential presence for the North London side.