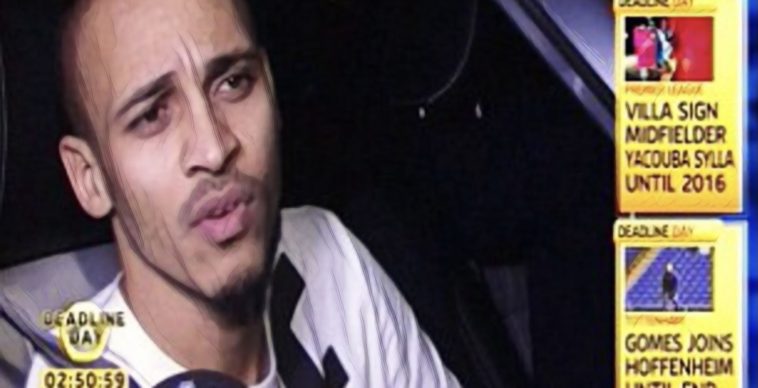 It was the era of microphones shoved through car windows, groups of supporters outside stadiums and everlasting speculation about who will sign for who. You’d seen it all before. But one transfer deadline tale in the winter of 2013 changed the landscape of deadline day forever.

Marooned in 20th place of the Premier League table at the turn of the year, QPR had despatched of Mark Hughes, replacing him with the man for a crisis and deadline day extraordinaire, Harry Redknapp. The task facing Redknapp was monumental. Reinforcements were needed.

Queens Park Rangers had made moves in the transfer window already: Christopher Samba, Loic Remy and Stephane Mbia were amongst the 17 names that had moved to the then named Loftus Road, since the start of the 2012/13 season.

With an ankle injury sidelining ghost of deadline-days past signing Niko Kranjčar, Redknapp was forced to look elsewhere for talents to support his attacking arsenal.

Consistently finding himself on the bench at the Hawthorns, the shadow of free-scoring prodigy Romelu Lukaku cast over him, Peter Odemwingie’s future at West Bromwich Albion looked bleak. Frustrated at his lack of action, Odemwingie took to Twitter to complain.

Rumours began to circulate linking the striker with a move to bottom place QPR – a club who were seemingly handing out contracts to anyone who owned a pair of football boots, in a bid to save them from the drop. But, with the January transfer window approaching its final act, the Odemwingie saga blundered on, before reaching its crescendo in the Loftus Road car park.

We’ve become very accustomed to the Sky Sports News deadline-day fanfare: reporters stretched across every corner of the country regardless of the weather, stood on ceremony with constant updates on the exact location of a club’s potential signing, all whilst the clock arduously crawls its way to the 11pm cut-off point. The ultimate display of rumour-mill pageantry. But scattered in-between the often dull proceedings, occasionally comes an event so mad it etches itself into deadline day folklore.

Pulling up outside Loftus Road in his Range Rover, the confusion began to set in. Reports throughout the week had indicated, despite interest from Redknapp, that a deal between QPR and West Brom had stalled and no agreement had been reached. The clubs knew this, the reporters knew this, the only person who wasn’t privy to this was Odemwingie himself.

Television camera stuffed through his 4×4 window, like an exotic animal being filmed for the latest series of Planet Earth, Odemwingie spoke with confidence about his imminent move to QPR. Expressing warm words of thanks towards the West Brom supporters, the Nigerian declared his desire to keep QPR in the Premier League.

No sooner had he made the journey, Odemwingie was back on the M1 returning to the West Midlands, still a West Brom player. In between leaving the West Brom training ground, saying his goodbyes to his teammates and arriving on the Loftus Road foyer, nobody had thought to tell Peter Odemwingie that the transfer wasn’t going to happen under any circumstance.

Pandemonium ensued in the Sky Sports News studio. Jim White, sporting his infamous yellow tie and grey blazer combination, had reached a state of deadline day euphoria. Pictures emerged of Odemwingie trying to sneak into Loftus Road, only to be locked out and told to go home. The circus rambled on.

As the clock crept closer to the deadline, ex-players, chairmen and agents were dragged out, dusted down and stuck in front of the cameras to speak about the affair. None of them had much to say, after all, what was there to say. This really was unprecedented. As the pundits scrambled to make sense of the situation, confusion began to melt into embarrassment for Odemwingie – he wouldn’t be ‘getting his move’.

Then came the barrage of official statements and explanations from the clubs. QPR Chief Executive Phil Beard told Sky Sports News that Odemwingie was refused entry to Loftus Road because they didn’t want to show West Brom “disrespect” by negotiating with a player, whom they didn’t have the permission to do so.

The line coming from West Brom was one of contempt. The club disciplined the Nigerian and criticised the player’s professionalism throughout the saga. Odemwingie commented too: in true naughty school child who had just been caught style, he apologised for his actions and promised to continue to give his all for West Brom. But the damage was done.

Like a humiliated employee scurrying back into the office after one too many at a work party, Odemwingie returned to the West Brom side a month later to a chorus of boos and a backdrop of controversy. His estranged relationship with the Baggies faithful would never be repaired and he finally left the club in that same summer.

Why Odemwingie wanted to move away from a club who were at the time pushing for a European place, to one destined for relegation is anyone’s guess. A lucrative contract funded by the wealth of riches belonging to Malaysian businessman Tony Fernandes, may have been a somewhat persuasive factor, but from start to finish the whole episode was bizarre.

Rangers inevitably got relegated and probably would have done so even if they’d secured Peter Odemwingie on deadline day. Eventually finishing 14 points adrift, Redknapp would return to the Premier League with QPR a year later for the sequel, winning promotion via the Championship play-offs.

Remarkably, Odemwingie’s stock remained relatively high. A string of Premier League and Championship clubs took a gamble on the Nigerian – with little success – before retiring in 2019 after a final foray in the Indonesian league.

It’s easy to forget just how good of a player Peter Odemwingie was when he got it right: his 30 goals remains the highest total a player has scored in the Premier League for West Brom. And with a seemingly perennial yo-yo existence for the Baggies, the record will no doubt be safe for some time.

Odemwingie enjoyed a stellar international career for the Super Eagles too, notching over 50 appearances in the green and white of Nigeria. His side-footed goal against Bosnia & Herzegovina at the 2014 World Cup gave Nigeria their first victory in the tournament since 1998. A cult hero.

Yet, the name Peter Odemwingie will forever, at least with English football fans, be synonymous with one thing: the sight of a professional footballer trying to force entry into a stadium on transfer deadline day in January 2013.