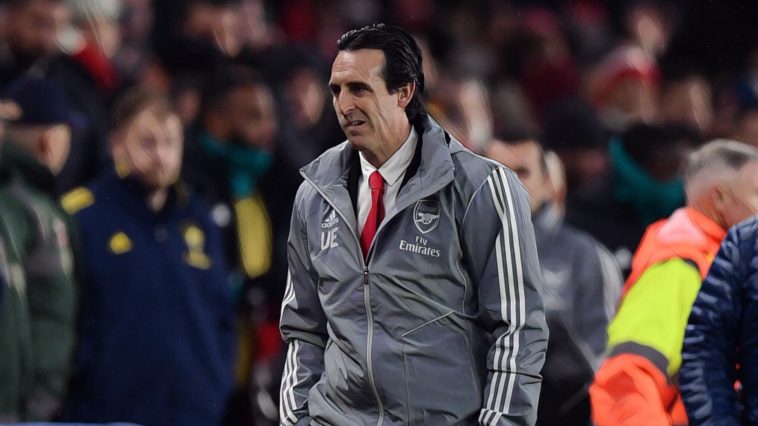 Unai Emery’s appointment at Arsenal was certainly no ordinary managerial appointment. In the wake of Arsene Wenger’s tame second act at the club, Emery’s arrival indicated a definite shift in the club’s identity.

Whereas Wenger vehemently pursued an approach of laissez-faire, fluid, and imaginative football, at times to his own detriment, Emery brought a more detail-oriented, structured, and adaptive outlook that was perceived as more modern and crucially more conducive to winning.

His impressive track record with Sevilla and Valencia combined with his experience working with world-class players at PSG certainly inspired hope that he could bring to Arsenal the qualities they had been lacking under Wenger’s reign.

Eighteen months later, that narrative has fallen apart. Arsenal sit eighth in the Premier League, eight points off fourth-place Chelsea, eleven points behind Leicester City, and with less than half the points of league leaders Liverpool.

They’ve conceded 19 goals, one more than 13th place Crystal Palace, and have conceded 13.7 shots per game in the Premier League since Emery took over, exceeding the 11.13 shots per game the team faced during Wenger’s last season at the club.

The Gunners seem hapless defensively, committed to playing out from the back regardless of the risk, and over-reliant on the likes of Alexandre Lacazette and Pierre Emerick Aubameyang for goals and young players such as Gabriella Martinelli, Bukayo Saka, and Matteo Guendouzi for energy and dynamism.

Poor results and the lack of a long-term vision for the team have made Emery’s departure appear a foregone conclusion for some weeks. After so much optimism and proclaimed patience at the beginning of his tenure, how did things turn so sour for Unai Emery at Arsenal?

Emery has never truly belonged to a particular tactical philosophy or school in the same way Jurgen Klopp, Mauricio Pochettino, or Pep Guardiola do, yet there are clear tenants to his style.

He favours a 4-2-3-1 that morphs into a 2-4-4 when in possession, with the fullbacks pushing up, the wingers tucking inside, and the double pivot staying deep to assist the centre-backs in playing the ball out from the back.

The aggressive positioning of the fullbacks allows his teams to create overloads in the wide areas, which either creates space elsewhere on the pitch or provides Arsenal with a numerical advantage that can be translated into productive attacking moves. The fullbacks also allow the team to stretch the opposition defence horizontally, allowing channels to open inside for Arsenal’s attackers to exploit.

At Arsenal, these attacking tactics provided mixed results. Emery’s fullbacks were sufficiently attack-minded to perform their roles, the team often produced well-constructed attacking moves, and when they create chances they were usually clinically finished by the likes of Lacazette and Aubameyang. However, their commitment to playing out from the back seems to have provided more risk than reward.

Any time a team begins to play the ball out from the back, a transitional period in which players make mistakes is expected. Yet after 18 months, one would expect that period to be over and that the players would be well-accustomed to the tactic.

This wasn’t the case though, as many of Arsenal’s players still seemed uncomfortable when put under opposition pressure. While some blame could be put on individual mistakes, the structure in which Arsenal build possession makes it difficult to progress the ball economically.

They tended to build out with the centre-backs splitting wide to form a line of two and having two midfielders forming a second line of two, with the fullbacks sometimes coming deep to join the midfielders and make a wider line of four. These straight lines of players made it difficult to progress the ball because markers could more easily block passing options.

Many teams, such as Manchester City, stagger their players when playing out to make breaking lines of opposition pressure more simple. Emery did not do this at Arsenal, meaning that despite the inclusion of a ball-playing centre-half like David Luiz, the inherent structure in which the Gunners played out with led to a continuation of their woes in executing the tactic.

Furthermore, the structured attack Emery has employed sometimes lacked incision. For all their neat passing in well-constructed triangles, Arsenal often suffered from a lack of dynamic running both on and off the ball, the kind that is necessary to unsettle an opposition defence and create quality chances.

This means that while blessed with two excellent strikers, they often failed to get the ball to them in areas in which they can shoot, as the fact that they ranked 11th in the league last season for shots per 90 illustrates. Unpredictably and dynamism are both lacking in Arsenal’s squad and were necessary components for Emery’s attacking system to work, which led to the team sometimes appearing ponderous going forward.

Their attacking play was not necessarily maximized by Emery, but Arsenal were still able to score plenty of goals. It’s their defensive play that raised more concerns about the Spanish coaches tenure at the club.

Defensively, Emery instructs his team to press assertively. Unlike Jurgen Klopp at Liverpool or Frank Lampard at Chelsea, Emery does not explicitly attempt to create counter-attacking opportunities through his pressing.

Instead, his teams encourage the opposition to play the ball wide where they can use the touchline as an additional defender and force teams to cede possession. This pressing also requires a high-line so that the team remains vertically compact and difficult to play through.

This defensive strategy has amounted to significant issues for Arsenal, as they simply do not have the defenders with the necessary physical attributes to play in a high-line and have routinely been rendered ineffective at preventing opposition teams from playing over the top and scoring goals.

Their defenders also lack the necessary communication skills and ability to organize themselves correctly, thus leading to teams easily bypassing the offside trap. Emery can’t necessarily be blamed for his defender’s lack of pace, but his inability to improve his side’s organization without the ball was alarming.

What is more worrying than the tactical weaknesses Arsenal showed under Emery was that they didn’t seem to be byproducts of a constructive process of the club’s progression. At Liverpool, Klopp’s first two seasons were characterized by horrendous defending, but also energetic pressing and superb goal scoring.

It was clear that improvement was occurring, and that they were building towards the fulfilment of a specific ideology that Klopp had imposed on the team.

This wasn’t the case at Arsenal. Rather, the team made the same mistakes they did at the start of his tenure and didn’t necessarily show dramatic improvement in other areas to justify that. Every manager has certain tactical preferences that they attempt to employ, and they don’t always have to situate themselves into neat slogans like “gegenpressing” or “tiki-tika.”

However, they have to be part of a broader understanding of what the coach wants the team to become in order to ensure that their tenure doesn’t appear futile. Throughout his tenure, Emery failed to embody a clear tactical identity.

Perhaps the main reason for this was Emery’s tendency to tinker with his team. He has never truly settled on a starting eleven or best formation but has instead constantly tweaked based on his opposition.

Nothing is inherently wrong with being adaptive, incredibly successful managers have prioritized opposition analysis as well. The issue comes when there is no definable style to tweak around and when the adaptation leads to confusion.

Successful teams are built on relationships, key combinations of players that enable a particular style to be executed. For Emery, that lack of continuity led to his team and sometimes even himself appearing confused as to what Arsenal were seeking to do and how they were to do it.

Ironically, perhaps Emery failed for the same reason many thought he would succeed: his differences with Arsene Wenger. For all of his faults, the Frenchman embodied a clear philosophy of how the game should be played and was effective at communicating that style to his players.

Wenger, and consequently Arsenal, stood for something. Emery didn’t. He came to represent flawed tactical ideas, an irrational obsession with adaptation, and an inability to convince the players or the fans of a tangible vision he was working towards.

Arsenal have a variety of issues, and one would struggle to find a member of the club’s hierarchy who isn’t at least partially at fault for their recent demise. But persisting with Emery would have been to trudge forward with no understanding of where they were going.