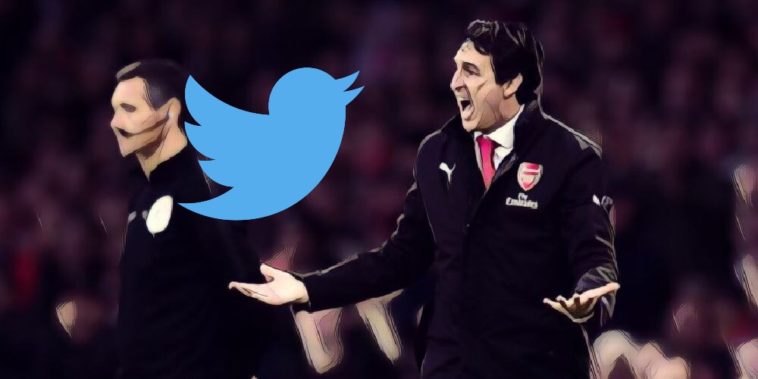 Unai Emery has become the latest managerial casualty in the Premier League after the Gunners finally losing patience with the Spaniard following a run of seven games without a win.

Thursday night’s Europa League defeat to Eintracht Frankfurt proved to be the final nail in the coffin for the Sevilla coach, a poor display watched on by what looked like just a handful of frustrated Arsenal supporters.

In typical fashion the world of social media has been reacting to the latest news, here are some of Twitter’s best reactions to Emery’s Emirates departure:

Are you Wenger in disguise? Arsenal’s lack of improvement was fairly damning.

Emery has only made Arsenal worse since taking over from Wenger

The Spaniard’s decisions often brought much confusion, not least his pass-the-parcel policy with the club’s captaincy.

It’s fair to say the Arsenal fanbase are not too sorry to see Emery leave.

The ‘Black Friday’ timing of the announcement made some fans ponder.

The Arsenal Board sacked unai Emery on a black Friday to get a 50% discount on his payout..😁 https://t.co/Lbk8b3Ig5V

Unai Emery has been sacked by Arsenal… 😲😲

See Also: Why Barcelona are overly dependent on Leo Messi