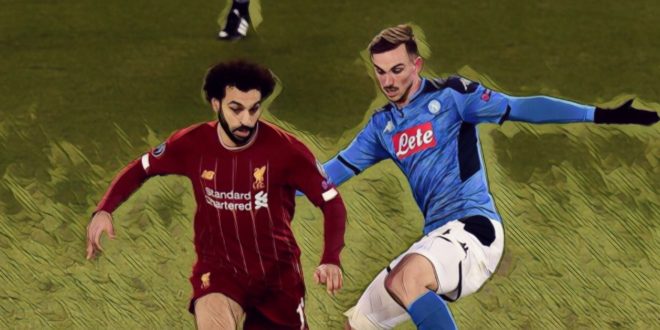 Premier League sides have reached the business end of the group stages in this season’s Champions League and Europa League, England’s seven representatives having endured mixed fortunes in European competition so far.

With just one fixture remaining as the sides seek to secure their qualification for the knock-out stages, we’ve decided to evaluate each side’s fortunes in Europe.

Placed amongst the top seeds due to their status as Premier League champions, Manchester City will still have been grateful when the balls were drawn in August, being handed a straightforward group containing familiar foes Shakhtar Donetsk, Champions League minnows Dinamo Zagreb and first-time qualifiers Atalanta.

As expected, Pep Guardiola’s side have made light work to secure qualification as group winners with a game to spare. Draws away to Atalanta and at home to Shakhtar in their past two fixtures have made little difference to their hopes, having amassed three comfortable wins to start their campaign in perfect fashion.

City are comfortably through to the last-16 as they eye a first ever Champions League title, though the club have much to prove on this stage following their failings in recent seasons.

Joining Manchester City in pot one were Liverpool, amongst the top seeds as they bid to defend the title they won last June.

A tricky looking group on paper has proven as such, with the progress of Jurgen Klopp’s side difficult to assess. Liverpool have bounced back from defeat in Naples on matchday one to sit top of the group heading into their final fixture, though they still have much work to do away at Salzburg.

Victory will seal their place as group winners, though a defeat by just one-goal in a low scoring encounter is likely to see them eliminated following the thrilling 4-3 clash between the two sides at Anfield, with Napoli expected to beat winless Genk in the group’s other fixture.

Their fate remains firmly in their own hands, though Liverpool will need to navigate a tricky fixture against an exciting young Salzburg side to qualify.

The menacing Erling Braut Haaland will be waiting.

Returning to the Champions League this season are Chelsea, courtesy of securing a top-four finish and winning the Europa League.

Chelsea’s status as winners of Europe’s secondary competition made it three English sides amongst the top seeds, though they were handed a competitive looking group featuring Valencia, Lille and last season’s semi-finalists Ajax.

What looked a tight group has played out that way, Chelsea currently locked on eight points alongside Valencia following their draw in the Mestalla, two points behind group leaders Ajax.

Chelsea host a Lille side with just a single point at Stamford Bridge in their final fixture, and Frank Lampard’s young side will be confident of sealing their progress.

There have been questionable performances, not least the 7-2 thrashing at home to Bayern but it’s job done for Spurs, who secured their passage to the last-16 courtesy of a comeback victory against Olympiakos at the Tottenham Hotspur Stadium on Tuesday night.

Jose Mourinho’s side came from two goals down to beat the Greek outfit 4-2, the three points ensuring they progress as runners-up behind Bayern Munich in Group B.

Bayern’s flawless records so far means that Tottenham will face one of the group winners in the next round, though Jose Mourinho has spoken of the confidence he has in his inherited squad and will hope last season’s runners-up can once again make an impact in the latter stages.

Arsenal are all but through to the knock-out stages of this year’s Europa League, despite losing at home to Eintracht Frankfurt on Thursday night in a result that saw Unai Emery dismissed as manager following a poor run of form.

The North London side remain top of Group F, one point clear of Frankfurt ahead of the final day fixtures. Arsenal will head to Standard Liege, and barring a five-goal defeat will qualify for the next round, whilst victory will seal their place as group winners.

The club’s poor league position has added greater emphasis to their European campaign, as they bid to go one better than last season’s runners-up finish and secure a return to the Champions League.

Drawn in a comfortable looking group alongside AZ Alkmaar, Partiza Belgrade and Astana, Ole Gunnar Solskjaer’s side have breezed through to the next round, securing qualification after just four group fixtures despite their performances failing to inspire.

The Manchester United manager opted to take just four senior players on the 6000-mile round trip to Astana this week, the club’s earlier performances allowing Solskjaer to rest and rotate as they close out the group stage.

The club will secure top spot and perhaps a more favourable draw if they avoid defeat at home to AZ in their final fixture and like Arsenal, the Old Trafford outfit may put greater emphasis on the tournament as they seek a Champions League place next season.

A first European campaign in 39 years was secured courtesy of a fine first season back in the Premier League, whilst the Midlands club have shown they are more than comfortable mixing it on the European scene.

A gruelling qualifying process was completed with minimum fuss, whilst Nuno Espirito Santo’s side have navigated a tricky looking group to secure their place in the next round.

A thrilling 3-3 draw with group leaders Braga, coupled with wins over Besiktas’ and Slovan Bratislava ensured Wolves will be in the draw for the knock-out stages, though after letting a two-goal lead slip in Portugal the club will be cursing themselves for failing to move top of the group.

Objective completed so far though for Wolves, whose fans can continue to enjoy their European adventure.