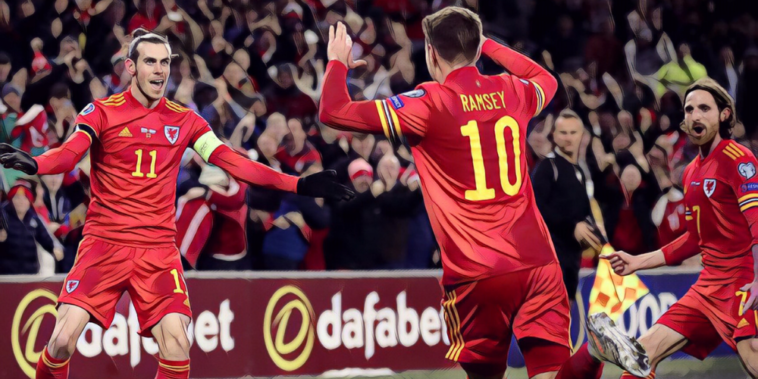 Five years on and Hal Robson-Kanu’s brilliant goal against Belgium in a Euro 2016 quarter-final remains indelibly imprinted in the memory of every Welsh man and woman.

The Cruyff turn inside the box that flummoxed two defenders. The cool, clinical finish. In the collective mind of a nation it is a masterpiece hanging in its central gallery.

What is less clear is what came next. Certainly, it was bedlam, carnage even as beer was flung to the sky and mates and relatives were tightly clung to as a strangulated scream emptied the lungs. It was a scream that married ecstasy and patriotism and required no translation. In that once-in-a-lifetime moment, in pubs and living rooms from Conwy down to Cardiff, we all felt and thought the same.

It was, and will forever be, a wonderfully blurry, fuzzy losing of every sense and so naturally when inhabiting such a rarefied space we began to dream. Here was Wales, having not qualified for a major tournament since 1958, playing the much-fancied Belgians off the park and next up was the semis. Maybe this magical journey went all the way?

It didn’t of course as Ronaldo and Portugal ended the adventure with a 2-0 win and perhaps deep down, in our heart of hearts, we knew such a valiant exit was our destiny. One of the many admirable traits of a Welsh native is our balancing of immense pride in who we are and where we’re from with a pragmatism towards our limitations, because after all we are a country with a mere population of three million.

After all, we had all endured a lifetime of near-misses and disappointment in the football arena.

So, beneath the wild celebrations and the wild optimism as Robson-Kanu ran – as surprised as anyone by his sublime feat – to the frenzied embrace of his team-mates, there was an inherent understanding that this was as good as it was ever going to get for the Welsh national side. It was a historical zenith and recognising this in our bones ensured that we had that extra pint or four and hugged our mates that bit tighter.

A night that still brings goosebumps to every @Cymru supporter 🏴󠁧󠁢󠁷󠁬󠁳󠁿

A night on which @RobsonKanu sent three Belgian defenders to the shops and scored 𝐭𝐡𝐚𝐭 goal 🤩#ITVFootball pic.twitter.com/kuNVJyTmPO

Which is all fine. As a Welshman I am okay with that, even grateful because many supporters don’t get to experience such a mad extreme. One minute my country was ranked nowhere with a long C.V. of failure, the next a West Bromwich Albion striker who had scored just three goals in the Championship that season bewitched an internationally elite defence, taking us to unprecedented glory.

Yet here we are again, with Wales about to embark on a second Euro exploit and though in my heart of hearts I’m aware that the Golden Generation of Bale, Allen, and Ramsey are all five years older, and though I accept it’s impossible we will scale those giddy heights again, I still wish to renegotiate the terms of my pragmatism.

Granted, it is inconceivable that Robert Page’s side will go deep in Euro 2020. The notion frankly is borderline ludicrous and realistically just progressing out of Group A will be an achievement with Italy and tournament ‘dark horses’ Turkey preparing to battle it out for the top two spots and Switzerland stoic and braced to depart in the last 16 round as they always do.

But while any thoughts of another semi-final is fantastical it feels so very wrong that this generational collective of talent should go from being heroes to an outsider’s perspective of zeroes in such a short period of time. Surely, they deserve one final hoorah even if it is distinctly muted in comparison to what took place before?

As stated though, even this will be difficult, for argument’s sake a reaching of the knock-outs as runner-up followed by a closely-fought defeat to in all probability Denmark. That would be enough. That would be a fitting send-off to a vintage side who made the Red Wall burst with pride, now very much undergoing the process of transition. Yet even this feels beyond them.

Because since that unforgettable summer Gareth Bale has been subjected to five more years of wear, tear and injuries and it never fails to elicit surprise that he is still ‘only’ 31. He is a mere two months older than Kyle Walker. Barely a year older than Eden Hazard. Still, he is broken in parts and seemingly forever in need of maintenance this phenomenon who by sheer fluke of fortune was born in the principality while Joe Allen and Aaron Ramsey are also the wrong side of thirty, the latter as injury prone and patched up as Bale.

Elsewhere, their supporting cast is unquestionably of an inferior standard to their 2016 counterparts even if genuine potential lies in a handful of emerging stars.

It is this mix of eroded greatness and unproven naivety that must now protect the cherished legacy of the boys of ’16 and though nobody expects a repeat performance it is desperately hoped that the decline is not too severe. For turning silly fantasy into an incredible summer they deserve one last moment in the sun before they’re gone for good.