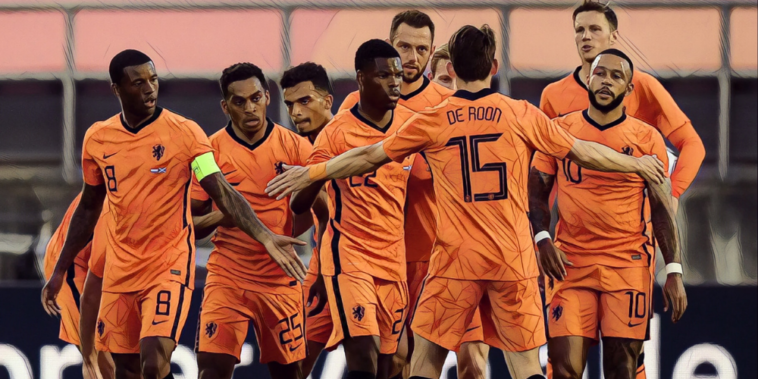 Previewing Group C of this summer’s European Championship, as the Netherlands face Ukraine, Austria and debutants North Macedonia as the Dutch make their major tournament return at Euro 2020.

The Oranje make their major tournament return after failing to qualify for the finals since the 2014 World Cup, missing out on Euro 2016 and the World Cup in Russia three years ago.

One of European football’s most respected footballing nations has endured a transitional phase in recent years, though showed signs of a renaissance under former manager Ronald Koeman before his departure to take charge of Barcelona last year.

It’s been rather underwhelming since the appointment of Frank de Boer in September, the former Dutch international becoming the first head coach to fail to win in his first four fixtures, before a slight upturn in fortunes in recent months.

The jury remains firmly out on a manager who has failed to build on an impressive period at Ajax however, De Boer sacked three times in four years during poor spells at Inter Milan, Crystal Palace and Atlanta United.

Virgil van Dijk’s absence through injury is a major blow to the Dutch squad, who will rely on emerging talents Matthijs de Ligt and Frenkie de Jong to progress to the knockout rounds, whilst Georginio Wijnaldum – who will captain the side – is handed a more advanced role than we have become accustomed to at Liverpool and scored a team-leading eight goals in qualification.

Much will depend on the performances of Memphis Depay however, the former Manchester United man having become a talismanic presence for the Dutch and excelling during the qualification process in a false nine role, scoring six times and providing a further eight assists.

Depay is one of the most attractive free agents in this summer’s market and has held talks with Barcelona, though some stellar performances at Euro 2020 could increase interest around the 27-year-old following his departure from Lyon.

Ukraine enter a third consecutive European Championship and will hope to qualify from the group stage for the first time, though will need to show improvement following a disastrous run of results in 2020.

However, Ukraine lost six of their eight fixtures in 2020 including a 7-1 thrashing by France and a 4-0 Nations League defeat in Spain, whilst 2021 began with four consecutive 1-1 draws before a narrow friendly win over Northern Ireland earlier this month.

Shevchenko possesses a number of technical talents amongst his options with Ukraine a side capable of playing entertaining football, with Atalanta midfielder Ruslan Malinovskiy the heartbeat of the team.

The 28-year-old scored eight league goals and provided a league-leading 12 assists in Serie A during the 2020/21 campaign, and makes up a talented midfield trio including Manchester City’s Oleksandr Zinchenko and Taras Stepanenko.

Experienced wide duo Yevhen Konoplyanka and Andriy Yarmolenko will be tasked with providing both goals and creativity.

Another side who will be looking to progress to the knockout rounds for the very first time, Austria will be making their third European Championship appearance after group stage exits in 2008 and 2016.

Austria are yet to win a game at the finals, but have never been handed a greater opportunity having been drawn with a transitional Netherlands, Ukraine and debutants North Macedonia, facing the latter in their opening fixture.

David Alaba remains the world-class talent in the Austrian side and often occupies a midfield role, where he will be joined by RB Leipzig captain Marcel Sabitzer who has won Premier League admirers for his performances in recent seasons.

Austria’s side is packed with tenacity and work-rate, with manager Franco Fonca having largely favoured a 4-2-3-1 system in competitive fixtures, despite experiments with three central defenders.

Goals have proven problematic though, with Austria failing to score in their past three fixtures and their chances of progress may depend on whether former Stoke and West Ham man Marko Arnautovic can fire, after the forward top-scored with six goals in qualification.

First time qualifiers and rank underdogs to make an impression, North Macedonia have reached their first major tournament courtesy of their UEFA Nations League performance, beating Kosovo and Georgia to reach the finals.

Igor Angelovski’s side had earlier finished third in qualification behind Poland and Euro 2020 Group C opponents Austria, losing both fixtures to the latter.

Progress to the knockout stages would represent a huge shock, with the nation’s hopes set to be pinned on talented Napoli midfielder Eljif Elmas, who will be looked to to create chances for the Macedonian forward line.

Elmas scored a late winner as North Macedonia stunned Germany to win 2-1 in Duisburg during March’s World Cup qualifiers, a statement result for a side entering Euro 2020 with just two defeats in their past 13 internationals.

Goran Pandev – who formed part of Inter Milan’s treble-winning side more than a decade ago – captains the side and is the country’s record goalscorer, with the 37-year-old veteran set to lead his nation into their first major finals.