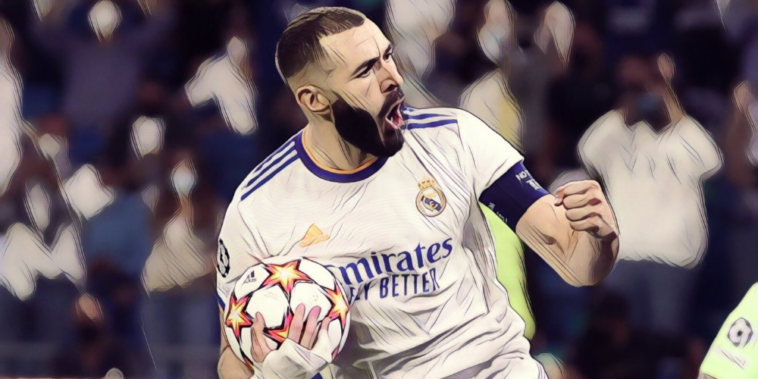 Karim Benzema is arguably in the form of his life right now, the Real Madrid forward having started the league season in sensational form.

Benzema has scored nine goals and provided seven assists in just ten league appearances this season, as well as scoring four in four in the Champions League, continuing his fine form from recent seasons with the France international having become the Spanish side’s leading light since the departure of Cristiano Ronaldo.

The 33-year-old has scored 87 goals across his past full three seasons for Real Madrid and now ranks fifth amongst the club’s all-time leading scorers, with the likes of Santillana and Alfredo Di Stefano now well within his sights.

There’s been no shortage of classic Benzema moments since his arrival from Lyon in 2009, one of the finest forwards of his era and a fantastic servant to one of world football’s biggest clubs.

It’s now 289 goals and counting in the colours of Los Blancos, here are some of Karim Benzema’s best goals for Real Madrid.