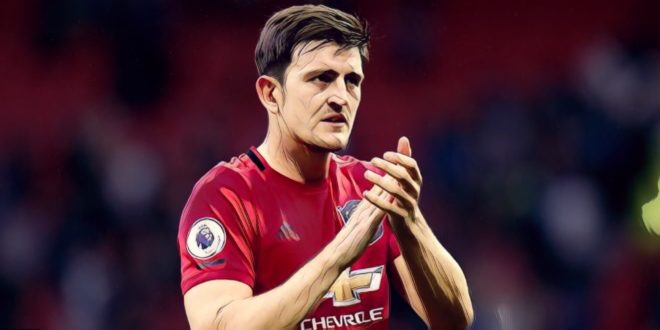 The underperforming Premier League XI of the season so far

The opening weeks of the new Premier League season have seen Liverpool emerge as the early pace setters following a flawless start, whilst the pressure is beginning to mount on struggling Spurs and Manchester United.

Emerging stars such as Tammy Abraham and Mason Mount have exceeded expectations with their performances so far, but a host of established talents have flattered to deceive at the beginning of the new campaign.

Here, in a 3-5-2 formation, is the Premier League‘s underperforming XI of the season so far:

Mauricio Pochettino’s side have endured a difficult start to the new season, suffering elimination from the League Cup to League Two Colchester before enduring humiliating defeats to Bayern Munich and Brighton respectively.

Their once solid rearguard has been uncharacteristically leaky in recent weeks, as evidenced by that 7-2 Champions League capitulation to Bayern.

Captain Lloris can take his fair share of the blame for their recent shortcomings before suffering his long-term elbow injury at Brighton, having made two mistakes directly leading to goals in the Premier League.

No goalkeeper has made as many.

Having re-established himself in the England set up, Everton defender Keane has gone backwards at the start of the new season and has looked shaky in recent weeks.

Marco Silva’s side are struggling at both ends of the field, though their defensive struggles are surprising given the strength of their solidity towards the back end of last season.

Keane transferred his nervous form onto the international stage with England for the recent Euro 2020 qualifiers, and will need to improve his form to both help Everton‘s stuttering start and maintain his place in Gareth Southgate’s squad.

Rewind back to Manchester United‘s season opening thrashing of Chelsea, and all looked rosy at Old Trafford with their world-record defender having impressed in the comprehensive win.

Unfortunately for both United and Maguire, that’s been as good as it gets for the club so far, with Ole Gunnar Solskjaer’s side having endured their worst start to a season in 30 years.

Whilst United’s poor form can be attributed to several areas as the club continue to struggle, they may have expected more from their £80m defender who is yet to truly stamp his authority as a commanding presence at the back.

The Chelsea defender was seemingly finally headed for a regular run in the first-team at Stamford Bridge, having returned from an impressive loan spell at Everton amid his parent club’s two-window transfer-ban.

Given his chance for the club’s first four fixtures of the new season, Zouma looked shaky in the club’s 4-0 season opening defeat to Man United and has looked far from the assured presence he seemed last year on Merseyside.

The Toffees were desperate to secure the Frenchman on a permanent basis during the summer, though may feel they dodged a bullet by missing out on the recently-dropped 24-year-old on current form.

Five surprise packages of the season so far

Marco Silva’s Everton side have struggled for goals so far this season, scoring just five times in their opening eight fixtures to slip into the Premier League’s bottom three.

After yet another summer of significant investment many predicted Everton to push the top six ahead of the new campaign, but several under-performing stars have contributed their current plight near the foot of the table.

Icelandic midfielder Sigurdsson enjoyed an impressive campaign last term scoring 13 league goals, though he has failed to replicate that form so far this season.

The 30-year-old is yet to score and has provided just a single assist, a tally which will have to improve soon if the Merseyside outfit are not to endure a season of disappointment.

Out of form and out of the England squad, the Man United midfielder’s poor run of form has been well documented amongst rival fans.

Lingard has failed to produce a single goal or assist since December of last year, his performances having dipped immeasurably in 2019.

Home-grown status and a high work-rate will only allow the 26-year-old so many chances, and unless things change drastically he could be left behind for both club and country.

Newcastle United fans had long craved investment into their side, and the arrival of Almiron in a club-record deal last January brought plenty of optimism to Tyneside.

The Paraguay international had established himself as arguably the finest player in MLS while at Atlanta United, though he has so far struggled to handle the step-up following his switch to English football.

Many believe the 25-year-old’s talent is evident and a change in luck is all that is required, however, he has now failed to score in his first 18 league appearances for the club despite taking 30 shots at goal.

For a player tasked with being a creative presence behind the forward line, the statistics are damning and he must begin to produce to avoid being remembered as an expensive flop.

Perhaps the player on this list whose struggles have been most under scrutiny, Arsenal‘s £72m club-record signing Pepe has struggled to find his feet since moving to the Emirates from Lille this summer.

The 24-year-old finished behind only Paris Saint-Germain’s Kylian Mbappe in the Ligue 1 scoring charts last season, but has so far only found the net once – from the penalty spot – for Unai Emery’s side in the current campaign.

Big things were expected of the Ivory Coast international following his much anticipated arrival, and whilst foreign imports can take time to settle, the Arsenal fans will be demanding more of their most expensive ever purchase.

The Premier League Crisis Rankings ahead of Gameweek 9

Another club-record signing from French football, Watford fans will have been hoping for more following Sarr’s £30m arrival at Vicarage Road.

The Senegalese speedster has made little impact in just three Premier League appearances so far, with the club currently winless and rooted to the foot of the division.

The manager who signed Sarr, Javi Gracia, has already been dismissed and replaced by former coach Quique Sanchez Flores, and Sarr will now have to impress the new man as he bids to make an impact in England.

Few will have anticipated Watford to have been in relegation trouble, though Sarr will have to contribute more than he has shown so far to help move the club move away from danger.

Given that the forward has made just two league starts it could be argued that this is a harsh inclusion, but with Everton in the division’s bottom three and struggling to score goals they would have hoped their £30m summer signing would have made a greater contribution thus far.

The 19-year-old is still yet to score following his arrival from Juventus, and the Italy international has yet to show he can be the attacking focal point that Marco Silva’s side so desperately need.

It was hoped that Kean could be the man to finally replace the goals of Romelu Lukaku, but in eight appearances he has failed to open his account.

His frustrating campaign continued with a red card while on U21 international duty for Italy, and he must regroup ahead of an important run of fixtures for Everton in the coming weeks.

Another Manchester United player who much was expected during pre-season, but one who is yet to truly show their best form for Ole Gunnar Solskjaer’s side so far this season.

Romelu Lukaku’s summer departure to Inter Milan combined with the failure to sign a replacement was a show of faith in Rashford by the United boss, though the 21-year-old is yet to show he is the player to replace the Belgian’s goals.

Such has been Rashford’s level of performance that those championing him as the club’s attacking focal point have all but disappeared, with debate continuing to rage over the forward’s best position.

Like Maguire, his inclusion could be considered harsh given United’s failings in several different areas – not least a lack of attacking creativity – though there can be no denying a player of his talent has made less impact than expected for a team currently languishing in the bottom half.

The underperforming Premier League XI of 2019/20 so far: 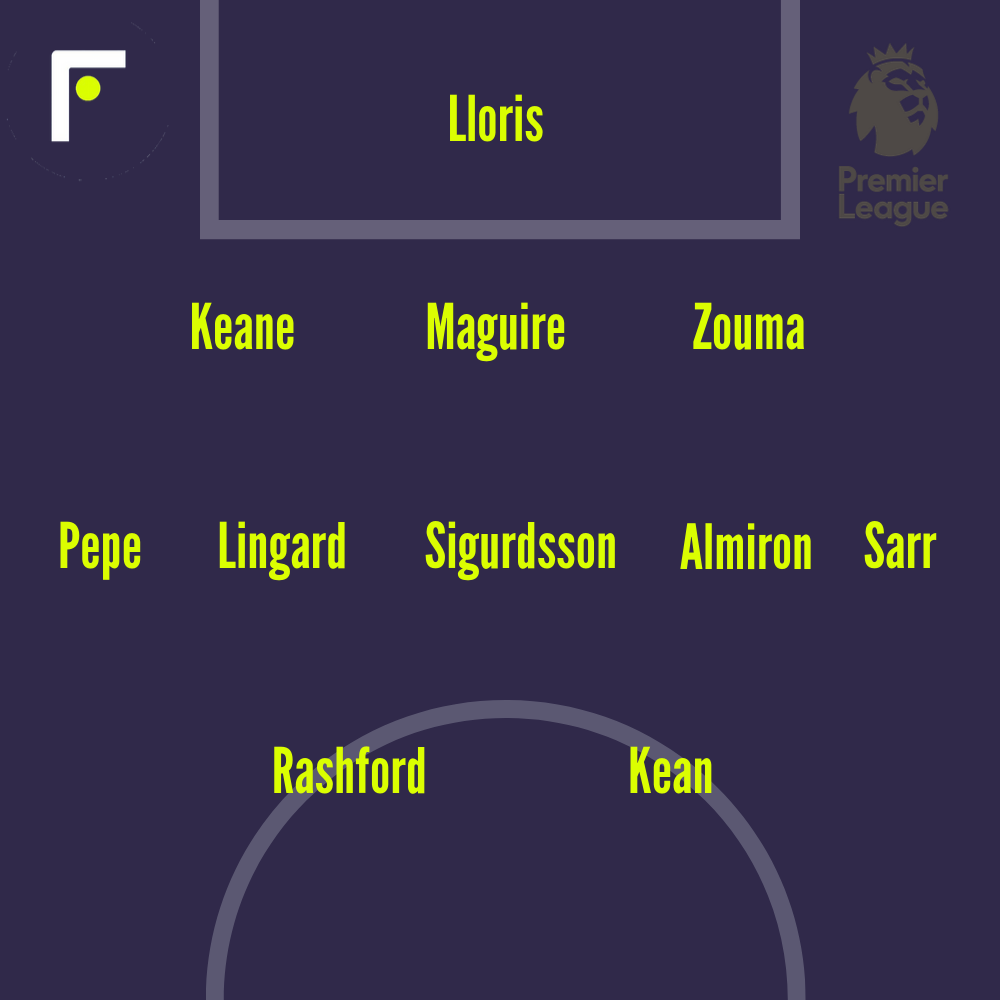