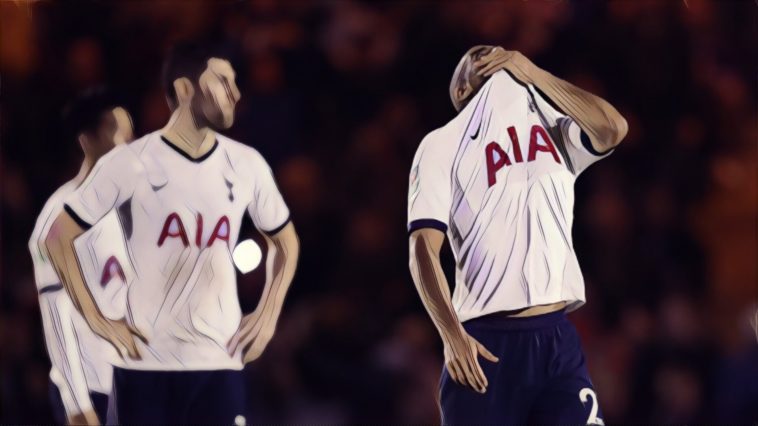 Several Premier League clubs became the latest entrants in the list of League Cup upsets in the competition’s 59-year history.

Tottenham Hotspur reached the semi-finals of the Carabao Cup last season, but they couldn’t even make it past the fourth round this year after losing to lowly Colchester on penalties this past Tuesday evening.

The Essex outfit lie 10th in League Two, making them the lowest-ranked team left in the cup, which means we probably won’t see a bigger upset than this result this season.

They weren’t the only ones to cause an upset on Tuesday, as Crawley Town, who sit just two places above the U’s in the fourth tier, also knocked a higher ranked team on penalties, beating Championship side Stoke City at home.

Everyone likes an underdog, and loves to see them overturning bigger, richer, stronger teams. The EFL Cup has been littered with examples of teams upsetting the odds to create their own bit of history, as Colchester and Crawley did this week.

Five of the biggest League Cup upsets ever:

Bradford City’s run to the League Cup final seven years ago is one of the great fairytale stories in recent years, a run that included a famous victory over Arsenal.

23,971 people packed into Valley Parade that night in December 2012, and it is one that none of them will forget in a hurry. The home team took an early through Garry Thompson, who put the ball in the roof of the net in the 16th minute.

Arsenal bombarded the Bradford goal for the rest of the game, creating chance after chance but could not find a way past goalkeeper Matt Duke, who was in inspired form. They couldn’t hold out forever though, and captain Thomas Vermaelen struck the equaliser with two minutes of normal time remaining.

A heartbreaking moment to concede, but the Bantams kept their composure and, although Santi Cazorla went close to scoring when his 30 yard drive hit the crossbar, ensured the game would go to penalties.

The Gunners were immediately put on the back foot when Cazorla had his spot-kick save by Duke, before Marouane Chamakh hit the post. Vermaelen’s effort also hit the woodwork, sending the crowd into raptures.

Bradford would go on to beat Aston Villa in the semi-final, before losing 5-1 to Swansea City at Wembley, but it will go down as one of the all-time great cup runs.

In August of 1995, Alan Hansen uttered the famous line “you’ll never win anything with kids” after Manchester United were beaten 3-1 by Villa in the Premier League. Although that would come back to haunt him, the Scottish pundit and former Liverpool defender at first appeared to be justified in his estimation of “Fergie’s Fledglings”.

United had failed to win a trophy the previous season, were a team in transition the following campaign, and were dumped out of the League Cup by third tier York City. But they weren’t just eliminated from the competition — they were embarrassed out of their own home ground.

The starting line-up was peppered with young starlets such as David Beckham, Phil Neville, Ryan Giggs and Simon Davies, but it also had a number of established pros like Brian McClair, Gary Pallister, Paul Parker and Lee Sharpe.

There was no way a team like that should lose to a Second Division side – whose only notable name on the team sheet was future Ireland international Dean Kiely – but when Kevin Pilkington, in place of Peter Schmeichel in goals, feebly allowed a long-range Paul Barnes shot through his fingers in the first-half, the writing was on the wall for United.

Alex Ferguson’s charges were reduced to ten men when Northern Irishman Pat McGibbon was sent off in the second-half, resulting in a penalty. Paul Barnes converted to double their lead. McGibbon, who was making his senior debut for the club, unsurprisingly didn’t make the grade at United.

Centre-back Tony Barras made it three before the night was out, Pilkington again at fault after misjudging a cross, to complete a miserable night for the hosts. Ferguson sent out his first team for the second leg, but a 3-1 win wasn’t enough to overturn the deficit.

David Moyes, Frank O’Farrell and the link between Manchester United’s chosen ones

In 1994 Tottenham were a team resplendent with attacking quality. From Jurgen Klinsmann and Teddy Sheringham to Darren Anderton and Ilie Dumitrescu, they were not short for goals. But what they were short on was consistency.

It was still, though, a massive shock when the North London outfit got thumped 3-0 in the League Cup by Notts County, who were eventually relegated to the Second Division and went through three managers by the end of the season.

Struggling manager Ossie Ardiles didn’t last much longer in the job after the shocking defeat.

Very few teams in football can claim to have a 100% record against Liverpool, but Peterborough United can. After the two teams met in the fourth round of the League Cup in December 1991, the Posh came away with one goal scored, none conceded, and the biggest scalp in the club’s history.

The Reds, who had just won a record 18th league title the year previously, featured experienced players in their lineup that night, such as Bruce Grobbelaar, Steve Nicol, Ray Houghton and Dean Saunders, as well as a future two-time Champions League winner in the form of Steve McManaman.

It was Grobbelaar, the goalkeeper who famously employed the spaghetti legs tactic during the penalty shootout of the European Cup final in 1984, who gifted the win to the hosts, however. The Zimbabwean dived full stretch through the air to catch a cross, only for the ball to slip through his hands and into the grateful feet of Gary Kimble. The defender has been dining out on that winning goal ever since.

It was the first sign that Liverpool under Graeme Souness were in decline, although they did win the FA Cup at the end of the campaign.

The 1969 League Cup final was the last time a club from outside the top two tiers in English football has won a domestic cup final, as Swindon Town shocked Arsenal with a 3-1 win in Wembley.

The pitch was in a dire state that day, as the Horse of the Year Show had taken place the week prior to the showpiece game. Combined with heavy rain in the lead up to the match, the surface had been converted into a quagmire.

With the Arsenal players suffering with a flu virus ahead of the final, the conditions were just right for the unfancied Robins to spring a surprise. Bobby Gould, however, scored a late equaliser for the Gunners to cancel Roger Smart’s goal.

The game went to extra-time, but Swindon kept up the pressure, with Don Rogers regaining the lead. Then, with virtually the last kick of the game, Rogers clinched the victory by rounding goalkeeper Bob Wilson and putting the ball in an empty net

What made the result all the more remarkable was that the Gunners won the Double just two years later, putting into stark relief just how big of an upset this was.

It wouldn’t be the last time Arsenal were on the wrong end of a League Cup final upset though, losing to Birmingham City in the 2011 final. The Blues were relegated to the Championship later that season.

Read: David Squires on Swindon Town, James McClean and the Death of Satire