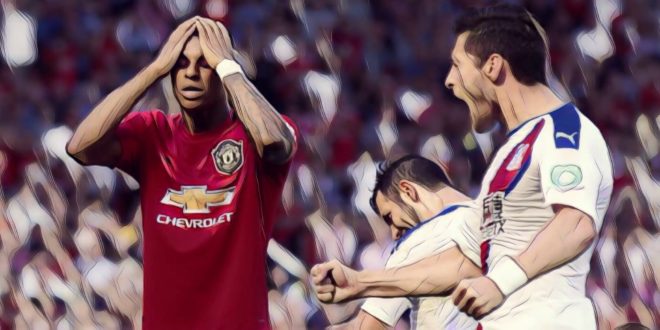 Shearer backtracks on his opinion of Rashford’s best position

Alan Shearer has seemingly backtracked on his opinion about Marcus Rashford’s best position.

Less than a year ago, the Premier League record goalscorer was one of a number of pundits who peddled the opinion that the then Manchester United boss Jose Mourinho should give Rashford more opportunities as a central striker.

Mourinho’s departure, which saw him being replaced by Ole Gunnar Solskjaer seemed to give Rashford those opportunities through the middle, though despite achieving the best goalscoring tally of his career so far – netting 10 league goals – he has never really looked like a natural or clinical finisher.

Speaking ahead of England’s 5-3 win over Kosovo, Gareth Southgate said that Rashford’s ‘best work’ came from when playing in the ‘inside-left channel’.

“We’ve for a long time almost wanted Marcus to be that option as a nine, I’m still not certain that that is where he is happiest and where he does his best work,” Southgate said.

Great week away with @England and two big steps closer to the Euros 💪🏿 pic.twitter.com/unT5W9PLpp

“A lot of his development at United was as a ‘wide raider’ and I think he isn’t as strong as Harry with his back to goal and holding play up, so if he plays as a nine, he will play it differently to Harry, but a lot of his best work is in that inside-left channel coming in off the line.”

“Gareth Southgate’s assessment that Marcus Rashford is not a No 9 is spot on,” he told the Sun.

“I get the feeling Marcus feels more confident coming in off the left where he does not have to play a lot with his back to goal.

“There is no denying he is an excellent talent but I don’t think he is a natural goalscorer. We sometimes forget he is only 21 so time is still on his side.

“But he is very different to Harry Kane, who is determined and ruthless. I do not think Marcus will be bothered by the England boss’ words.

“We have not heard from Marcus where he prefers to play and I have never spoken to him about it. But Gareth probably would not have said that if Marcus had told him he sees himself as a centre-forward.

“For England, it is not a problem because he will never play there ahead of Harry, and Marcus looked sharp against Bulgaria from the left. It is a bigger issue for United because they have taken a huge gamble by not replacing Lukaku.

“Going into the season with just Marcus, Martial and Mason Greenwood is very risky and that is a huge burden for those three to carry over a long campaign.”

Before the season, The Football Faithful named Rashford as one player who really needs to ‘step up’ this season.

A post shared by The Football Faithful (@thefootballfaithfuldotcom) on Jul 10, 2019 at 11:05am PDT