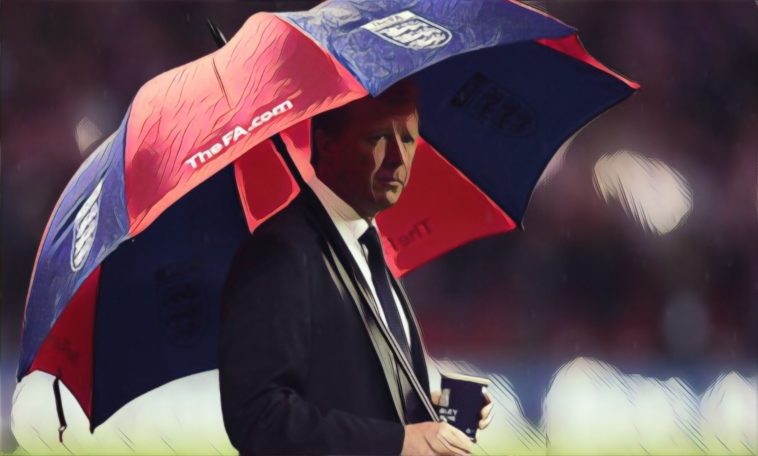 England’s defeat to the Czech Republic was a surprise, but it was a bad defeat reminiscent of others the country has suffered in qualification over the years.

The Three Lions had not lost a qualifier in almost exactly a decade up until last week, but they looked lethargic against the Czechs, who were worthy winners thanks to goals from Jakub Brabec and Zdenek Ondrasek.

Gareth Southgate’s outfit are in no danger of missing Euro 2020, so they won’t have dwell on it for long unlike some of the shocking defeats England has suffered in the past.

Twelve years had passed since commentator Bjørge Lillelien had uttered the immortal words “your boys took one hell of a beating” following Norway’s shock 2-1 victory over England, but there was still an expectation that Graham Taylor’s charges would take care of business when the two sides met in June 1993.

Alas, they would falter and lose 2-0 after conceding goals from Øyvin Leonhardsen and Lars Roar Bohinen in Oslo. It was a devastating blow for their chances of qualification and a huge mark against Taylor’s credibility as manager.

There was still hope for England if they could get a result in Netherlands, but they lost 2-0 at De Kuip thanks to goals from  Ronald Koeman and Arsenal legend Dennis Bergkamp.

It was the first time since 1978 that England had failed to qualify for a World Cup and Taylor was forced to resign shortly afterwards.

There’s no shame in losing to Germany, but when the two sides met in World Cup qualification in 2000, it was hardly a vintage German team. The squad that had conquered the world in 1990 had long since dissipated, with the likes of Jurgen Klinsmann and Lothar Matthaus retired, and while this new team had quality players such as Michael Ballack and Oliver Kahn, they had just exited Euro 2000 at the group stage.

So had England though, and there was a definite feeling that they were underperforming under Kevin Keegan. That feeling didn’t go away when they lost 1-0 to Rudi Voller’s men in the final game at the old Wembley.

Dietmar Hamann got the winning goal in the 14th minute, the former Newcastle United, Liverpool and Manchester City midfielder bamboozling David Seaman in goals by quickly taking a free-kick from over 30 metres away.

It turn out to be Keegan’s last game in charge, as he resigned in the aftermath. England would inflict major revenge in the return fixture in Munich, winning 5-1 under new manager Sven Goran Eriksson. Even Emile Heskey got on the scoresheet.

These days, Northern Ireland are a solid football team who contend to qualify for major tournaments regularly, but a decade and a half ago they were one of the worst international sides in Europe. In contrast, around the same time English fans still had notions of their country marching to World Cup glory. And yet the North prevailed thanks to a David Healy goal.

An equivalent result might be, say, if England were to have lost against Bulgaria on Monday night. In a recent interview with The Sunday Times, Sven said this was his lowest moment in charge. “Beckham in the middle, never again”, he admitted.

To put into context just how bad a result this was for England: before Lawrie Sanchez was appointed manager in January 2004, Norn Iron had gone on a ten game run without a goal under predecessor Sammy McIlroy, a record at the time; they had 16 games without a win until March 2004; and a month previous to this fixture, they could only muster a draw against lowly Malta.

Six of the best players to switch international allegiances

In order to illustrate just how bad one defeat was, we have to recap an entire qualification campaign – and a disastrous one at that.

England’s campaign to qualify for the 2008 European Championship in Austria and Switzerland got off to a bad start right away, as the FA failed to get the man they wanted to replace Sven — Luiz Felipe Scolari. A World Cup winning manager with Brazil in 2002, ‘Big Phil’ turned down the association’s advances, forcing them to look elsewhere. They plumped for Steve McClaren, who had just guided Middlesbrough to the Uefa Cup final.

Seemingly the best English-born coach available, it was only McClaren’s second job in management and he was immediately dubbed “Second-choice Steve”. His first move was to exclude established squad members such as Sol Campbell, David James and, most notably, David Beckham.

It didn’t have the desired effect, as England went without a win between October 2006 and March 2007, a run that included a 2-0 defeat in Croatia. Beckham was recalled and they won five games on the bounce. Despite a 2-0 loss to Russia, England’s fate was still in their own hands. They just had to avoid defeat against Croatia, who had nothing to play for as they’d already qualified, at Wembley. Easy, right?

Any confidence of England getting the job done was immediately shattered when Scott Carson made an almighty balls of a long range Niko Kranjcar effort in the eighth minute. Six minutes later it was 2-0 through Ivica Olic. This was turning into a disaster of epic proportions.

England fought back in the second-half, scoring through a Frank Lampard penalty before a Beckham cross lead to a wonderful goal from Peter Crouch. 2-2 and qualification was back on. But this is England, and it’s never that straightforward. A superb left-footed shot from outside the box in the 77th minute by Mladen Petric, who would later play for Fulham and West Ham, flew past Carson in goals.

Bilic went bonkers on the sideline, the Three Lions could not muster up another comeback, and McClaren, who had been earlier standing on the touchline holding an umbrella as it poured down, was dubbed “A Wally with a Brolly” by the Daily Mail. It was the first time in 14 years England had not qualified for a major tournament.

England were unlucky in a way to be drawn in a group with a Croatia side that featured talented young players such as Luka Modric, Ivan Rakitic, Eduardo, Vedran Corluka and more, as well as a Russia team that would go on to reach the semifinals of the competition.

The two countries would, however, draw each in the next campaign, giving England the perfect opportunity to exact revenge on their conquerors. They hammered Slaven Bilic’s charges 4-1 away and 5-1 at home (a hat-trick in the former fixture the highlight of Theo Walcott’s international career). The real satisfaction came in losing, curiously enough, as England’s defeat in Ukraine effectively ended the Kroats’ hopes of qualifying for the World Cup.

That defeat was perhaps the sweetest they’ve ever had, and they didn’t lose another qualifier until last week against the Czechs.