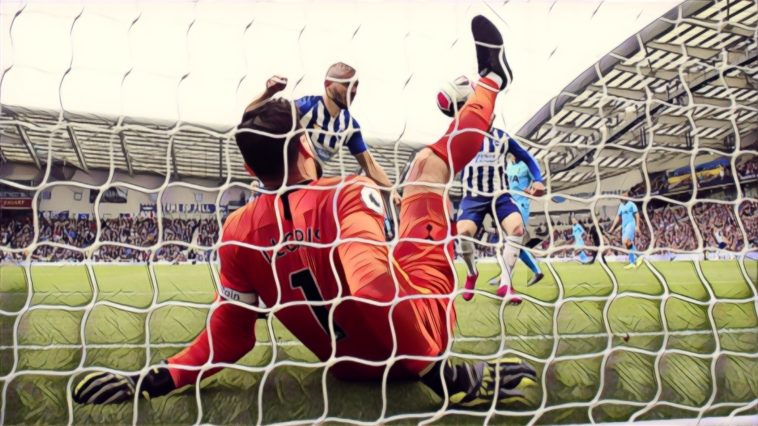 A new semi-regular feature in which we assess the level of crisis enveloping each Premier League club with our 100% scientific crisis rankings.

Oh, what’s that? Is that your perch? We’ll be taking that back now, thank you very much. Good thing we don’t have a history of losing a big lead, wouldn’t want to get ahead of ourselves.

Crisis Level: The immense sensation of getting all of your homework done on Friday and having the rest of the weekend free, but not quite sure what to do with all your free time.

They said we were too old, we were past it, we’d struggle to do anything. Well, we’ve a better run of form over five games than City and we’ve scored 12 fewer goals. You love to see it.

Crisis Level: Walking around with the carefree nature of a pensioner in the locker room of the local gym, stark bollock naked. No fucks given.

We probably won’t win anything this year, and you know what? We don’t fackin’ care. Big Frank for PM, I say.

Crisis Level: On the way to the arcade with a pocket full of change.

No defeats in five games, bossing the Europa League; this shit is easy. If we can keep avoiding good teams forever then we’re golden.

Crisis Level: Treating yourself to nice day out but the entire time you’re worried that you’ve left the immersion on.

‘Misunderstood’ Ceballos insists he intends to return to Real Madrid

Crisis Level: It’s been a miserable day, morale is low and you feel like crying, but then you hear a key turning in the front door. Your mam’s home, and she’s here with food from the Chinese takeaway. The sobbing starts again, but this time they are tears of joy.

Y’see, we were just lulling Manchester United into a false sense of security when we lost 5-0 to Leicester City. It was all in the plan, we’re playing the long game here. Few more big defeats like that and we’ll catch plenty of teams out. Eventually.

Crisis Level: Drinking as much alcohol as possible right now while ignoring the massive hangover coming your way tomorrow.

We’re part of the furniture now. You’re never getting rid of us. We’re going to be the designated eighth-placed team in the table forever.

Crisis Level: Knowing nobody really fancies you but having enough self-esteem to not care a jot.

Ha! And here you all were ready to christen this a bad campaign for us. That’ll teach ya. Plus, we’ve finally taught Adama Traore how to play football, so it’s over for you bitches!

Crisis Level: Nuno Espirito Santo calmly stroking his beard, chuckling away to himself.

Three goals? In one game?! Man, it’s been a while. Pity we can’t play Tottenham Hotspur every week.

Crisis Level: The joy of a nineteen-year-old completing a lifelong dream.

Losing to Liverpool in injury time like that sucked bananas, but looking around this league, we’ve got it pretty good compared to some of these so-called top six guys.

Crisis Level: The entire dressing room is turned to one person, eyes fixated on them. He raises his head and says “um, shouldn’t we be training or something?” The response comes: “Say the line, Brendan.” He groans softly. “Outstanding”. Everyone cheers. All is well again.

Brendan Rodgers – 20 of his most cringiest quotes

Ugh, we had such a nice thing going for a while there. Win, draw, win, draw. Proper consistency, that. Then VAR stole it away from us. The bastard.

Crisis Level: It’s your birthday but it’s carrot cake on offer, not chocolate like you wanted.

Resolutely mid-table and that’s how we like it. Sure, the Arsenal defeat was a setback, but we can make up for it with wins over all the minnows in the next few weeks: Watford, Norwich, Man United.

Crisis Level: The mild annoyance of knicking your face while shaving.

Maybe we should learn to score some goals.

Crisis Level: That feeling when things are going well so far but you fear them going wrong soon.

Five surprise packages of the season so far

Getting beat down hard by Chelsea is one thing, but losing to Spurs? SPURS?! Have you seen how bad those guys are? Sickened with myself.

Crisis Level: Driving in circles on the same roundabout over and over and not being able to get out.

Hey, at least we stopped conceding a goal once every two minutes to get a point against Sheffield United.

Crisis Level: The bleeding has ceased, but the only medical professional in sight is a chiropractor.

That Manchester City win feels like a looooong time ago now. The Pukki party is over.

Crisis Level: Desperately trying to put out an oil fire by dousing it with water.

We’ve got injuries to key players, the ones we do have can’t defend, and one of our best playmakers is about to get suspended for a racist joke. And now we’ve lost to the last two Championship title winners. This is unbelievable, guys, wow.

£200 million isn’t that much to spend on a squad in today’s money, right? RIGHT?

Crisis Level: That split second right before the guillotine comes down on your neck.

Five favourite Premier League managers to be sacked next

No one wants to be here, can’t buy a goal to save our lives and we’re probably going to sack the best manager we’ve ever had. Oh, and our first-choice goalkeeper just dislocated his elbow. Brilliant. No, really, bloody great this. Love it.

Crisis Level: The feeling Hugo Lloris had when he simultaneously realised he had both given away a cheap goal and injured himself at the same time.

Why does this keep happening to us? We throw all of the money at the problem but it doesn’t work. Nothing works! This isn’t fair, we’re rich and powerful,