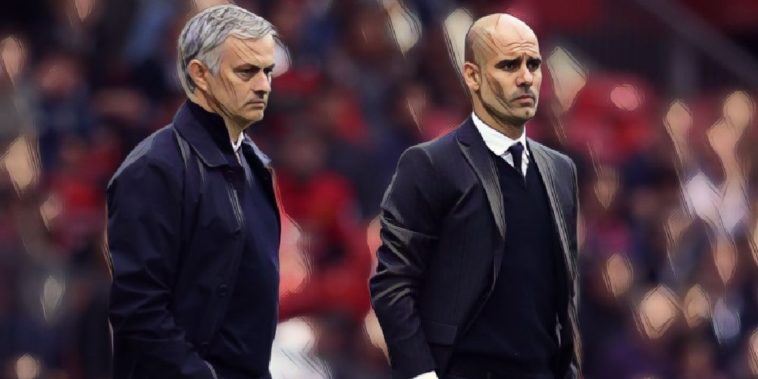 The best and funniest tweets from the world of football this past week, featuring the unnecessary coverage about Marcus Rashford, the proliferation of ‘official’ sources, and the ignominy of watching Newcastle play ‘football’.

The week started off on a sour note with certain media outlets covering young black footballers in a shocking manner.

Ok, so let’s address this. I’m 23. I came from little. I need to protect not just my future but my family’s too. To do that I made a decision at the beg of 2020 to start investing more in property. Please don’t run stories like this alongside refs to ‘campaigning’. pic.twitter.com/coqla2i19d

Who actually writes this shite? And how does it get published? 😑 https://t.co/WUQeO4H3wC

This video nails it in one.

The moment the wrong type of footballer bought an expensive house. pic.twitter.com/fe35iyOaLq

Man City lost to Spurs despite dominating the match in terms of shots and possession, an increasingly common feature of their matches these days.

Manchester City are such a strange team. They have built a Death Star, but they keep handing everyone the precise co-ordinates of how to bomb it.

that is the most Jose vs Pep a half of football can be, there is no more Jose vs Pep possible

The government are going to spend £4billion in 4 years on defence. Who’s Prime Minister, Pep Guardiola?

City fans will never have to endure what Newcastle United fans go through on weekly basis, at least.

A 2-0 home defeat to Chelsea is just the latest in a long line of limp performances.

As for Man United, rinse and repeat.

Every Man Utd game is the same now. We start like complete shit. VAR decision goes our way. And then we get a penalty

We’re happy for you, Rom.

When she cute and no other player has been around her 😜😂 pic.twitter.com/TrkZlgflCu

The greatest football promo ever came out of Wrexham of all places this week.

A message from our owners-elect…

And while we’re on American actors, who knew The Wire’s Clay Davis was a fitbaw fan?

It was a big week for official sources.

Kevin De Bruyne is the best player in the league.

ℹ️ @LaLigaEN is better than the @premierleague

This is what you call high literature.

A reminder that the reference section of Stuart Pearce’s autobiography is yet to be beaten. pic.twitter.com/80OLtasHEY

Just give it up, Gary.

Neville trying to convince Solskjaer he can win the title at United…pic.twitter.com/T3ERyhRTKM

English is such a beautiful language.

Foreign footballers always have poetic nicknames like O Fenômeno, Der Kaiser or The Swan of Utrecht and then every English player is called things like Macca, Wazza and Slabhead.

If you ever wanted to know how tall Chris Kamara is, here’s photographic evidence.

Had a great morning 😊 pic.twitter.com/40VzGUM5IF

Ireland’s can’t buy a win since the lockdown.

We're not saying there's any correlation, but Ireland haven't scored since we closed the pubs… #IRLBUL

The Irish manager Stephen Kenny came under for showing his team an allegedly anti-English video before the England (he didn’t), but he could have shown the players much worse.

Everyone in a flap about Stephen Kenny’s video, that’s nothing compared to Howard Wilkinson showing us a video on geese flying in formation 😩 i know which video I would have preferred 🤷🏻‍♂️

Latest unnecessary international break has been an omnishambles for football

Poor Jay Rodriguez gets pigeonholed by his teammates.

When you’re the only player at training with a Burnley accent… pic.twitter.com/Z4qKRIRyB6

And finally, we say goodbye to an iconic landmark.

Wembley Stadium walkway ramp being demolished today. It will be replaced by steps pic.twitter.com/W5Q5SwnsIB