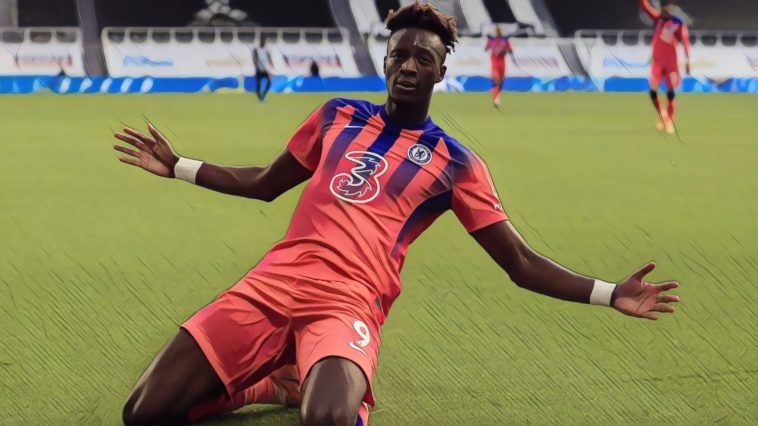 Tammy Abraham has hailed ‘a massive three points’ as Chelsea moved to the top of the Premier League with a comfortable 2-0 victory over Newcastle.

Abraham scored Chelsea‘s second of the afternoon as Frank Lampard’s side dominated the lacklustre hosts, adding to a first-half own goal from Federico Fernandez to secure a fifth consecutive victory in all competitions for the west London side.

It was another impressive performance from a Chelsea side who are beginning to click into gear following their expensive summer of recruitment, Lampard’s side threatening throughout and boasting 71% of the possession at St James’ Park.

Abraham – who scored for the third consecutive fixture – expressed his delight after a ‘fantastic result’ for the Blues, praising his side’s ability to ‘dig deep’ and seal three points in a testing fixture after the international break.

“It’s a fantastic result,” he told BT Sport. “We had to dig deep as it’s never an easy place to come. It was 1-0 for a very long time, they created a few chances, but so did we, but we defended well and got that second goal.

What a run from Timo Werner! ⚡️

The Newcastle defence couldn't stop the German who sets up Tammy Abraham to score 👏 pic.twitter.com/XcHZUmvBpb

“We didn’t let didn’t the international break distract us, we had to come to come out all guns blazing, we did that and it’s a massive three points.

“These games are always tricky when you can’t get that second goal. It’s very easy to drop your head and lose confidence, but we didn’t do that and kept going.”

Chelsea’s victory moved them to the top of the Premier League, above Leicester on goal difference ahead of the Foxes trip to face champions Liverpool tomorrow evening.

Abraham admits the top of the division is where the ambitious Blues ‘want to be’ and says he is hopeful his side can remain in contention as they bid for consistent results.

Speaking on moving top of the table, the forward added: “No pressure! That’s where we want to be, we just need to keep getting the three points and hopefully, we will stay up there.”

Chelsea return to Champions League action in midweek when they travel to Rennes on Tuesday night, where victory over the French side could seal their place in the knockout stages.