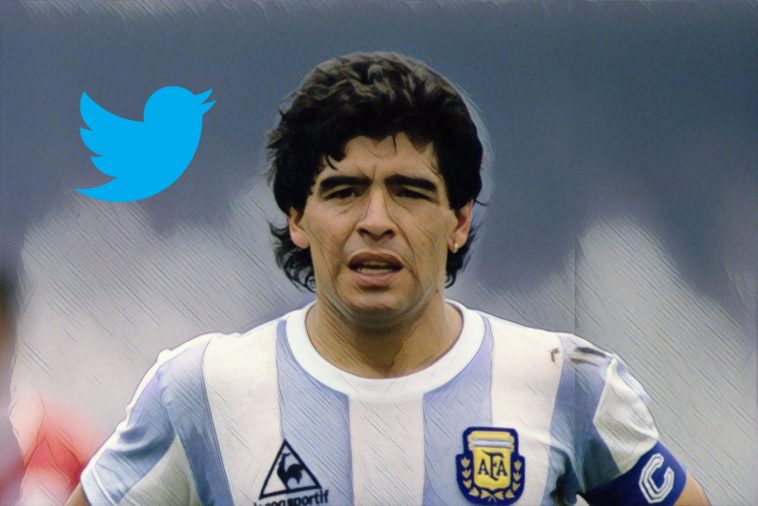 The best and funniest tweets from the world of football this past week, featuring the world’s reaction to Diego Maradona’s passing,

This sums up Diego Maradona and how he’s remembered by those who saw him play.

Haven’t seen a single stat about Maradona yet, no goal tally or list of trophies, just clips of him enjoying himself. I’m too young to have watched him live but that says it all for me, played the game the way it should be played.

Gary Lineker paid a touching tribute to the GOAT.

"He had such an incredible passion for the game."

"I've never seen anyone have such a beautiful affection with a football."

And a lovely story that sums up his genius ❤️ pic.twitter.com/ztAhYyNFIs

Maradona was man who was adored to the very end.

Just found this on my phone from last year. Maradona sat on his throne (an ice box) as Dorados ultras serenade him. For one hour. All the time, his players limber up waiting for the songs to finish so they can train. One player showed off his new tattoo. Of Maradona. pic.twitter.com/qqQTAqgQK6

The tabloids would, of course, lazily go for the low hanging fruit when there’s so much more to Maradona.

Even in death he got the better of Peter Shilton.

For one final time he’s lept above Peter Shilton. pic.twitter.com/iixftjD6eB

He taught important life lessons too.

This is the best argument you will ever see for not retiring jerseys in football.

Soccer not retiring jerseys is such a wonderful thing. Certain numbers then act as memory devices to remember the history of clubs and its eras as well as becoming symbolic items, allowing players to make their own stories while adding to that of the number's.

A great shot of the man and his former son-in-law in FIFA 21.

@Castro1021 what a photo! pic.twitter.com/6EHchM1pZD

But the game developers look like they have a massive headache to deal with in light of Zlatan Ibrahimovic’s complaint.

Who gave FIFA EA Sport permission to use my name and face? @FIFPro? I’m not aware to be a member of Fifpro and if I am I was put there without any real knowledge through some weird manouver.
And for sure I never allowed @FIFAcom or Fifpro to make money using me

Is Pep Guardiola’s contract extension really something to be celebrated?

Sick of being left of the Spurs squad, Dele Alli is switching sports.

Exclusive footage from inside the Newcastle United dressing room.

Just spoke to Thomas Müller about Bayern’s 3-1 win in Stuttgart.

“How do the British people say it? You have to show it on a windy night in Stoke. Today it is not windy and Stuttgart is not Stoke but Stuttgart is a team that plays very well in the last weeks.” pic.twitter.com/WbdSHMfbko

Thomas Müller knows about those windy nights in Stoke 😅 pic.twitter.com/hT5GgcEHXD

Just what did Luke Ayling get up to in Yeovil?

Sevilla’s Europa League memes were a highlight of the week.

When you qualify When you realise
for the Champions you can’t win a
League Round 7th Europa
of 16 League this
season pic.twitter.com/hIrzm62xvo

Everyone in the @EuropaLeague right now pic.twitter.com/ueTEn2p3nn

When the cameraman has perfect timing.

This is actually such a cool shot pic.twitter.com/y1LHeJVgg7

Arteta has turned Arsenal into what everyone thought Mourinho would make Spurs.