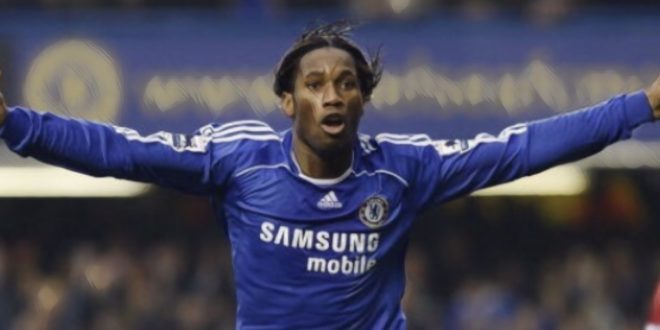 Harry Diamond 15/10/2020 Five of the Best, Opinion/Features Leave a comment

Our latest rewind of past Premier League seasons takes us the 2006/07 campaign, a season which saw enthralling and unforgettable action at both ends of the division.

Manchester United bounced back to regain the title following an inspired season from Cristiano Ronaldo, ending a three-year period in which Arsenal’s Invincibles and billionaire-backed Chelsea had threatened to end the Red Devils’ domestic dominance.

Elsewhere Javier Mascherano and Carlos Tevez arrived at West Ham in one of the strangest and most controversial transfers in Premier League history, the latter inspiring a late season revival that saw the relegation-threatened Hammers survive on the final day of the season.

We’re continuing our look at the greatest goalscorers from each Premier League season, here are the five leading scorers from the 2006/07 campaign:

Mark Viduka had starred since moving south of the border from Celtic and into the Premier League at the turn of the millennium, spending four prolific seasons with Leeds before moving to Middlesbrough.

His first two seasons in the North East had seen Steve McClaren’s side make notable progress and play in consecutive European campaigns, including reaching the final of the UEFA Cup in 2005.

Viduka had played a key part in those successes but enjoyed his best individual campaign during his third and final season on Teeside, scoring 19 goals in all competitions including 14 in the Premier League.

#OnThisDay in 2007, Mark Viduka signed off with a final day brace for #Boro ⚽️⚽️ #UTB

The burly Australian formed a fine partnership in attack with Yakubu and scored braces in victories over the likes of Bolton, Watford and Fulham, in addition to vital winners against Newcastle and reigning champions Chelsea.

It was Viduka’s most prolific season at Middlesbrough and the fifth time he had reached double figures for goals in the Premier League, the experienced forward departing for Newcastle at the end of the season.

Rooney scored 14 league goals and reached 20+ in all competitions for the first time in his career, the England international at peak of his dynamic youthful exuberance, hurtling around Premier League pitches with endless energy and enthusiasm.

Amongst his collection included a breathtaking counter-attacking effort against Bolton that was named as the BBC’s Goal of the Season, Rooney and Ronaldo bursting forward in scintillating fashion before the former capped a swift attacking move with a wonderfully deft finish.

On this day in 2007, Wayne Rooney and Cristiano Ronaldo broke down football to its most base elements and recreated it as possibly the most perfect counter attack we've ever seen. Thrilling. pic.twitter.com/hy1p1mcfwK

A hat-trick against Bolton in the reverse fixture and a vital goal in a thriller at former side Everton were also amongst the highlights of a fine season for Rooney, the club’s title triumph sparking the start of yet another trophy-laden spell under Sir Alex Ferguson.

The undisputed star of the season, Cristiano Ronaldo enjoyed a breakout season at Manchester United to announce his transformation from an exciting talent into a bonafide superstar during the 2006/07 campaign.

Ronaldo finished the season with 29 goals in all competitions, including a career-best 17 league strikes, relishing in the responsibility of being the Red Devils’ main man and forming a brilliant partnership with Rooney in attack.

The Portugal international scored in home and away derby victories over Manchester City, and provided a further eight assists for his teammates to establish himself as the best player in the division.

Ronaldo’s season was rewarded with a clean sweep of individual awards at the season’s end, becoming the first – and so far only – player to win each of the six accolades.

Cristiano Ronaldo in 2006/07 is the ONLY player EVER to win all SIX individual awards in a single season.

Such an underrated season… pic.twitter.com/lMGSPCJDrP

His sensational season came after the controversy of his role in Wayne Rooney’s World Cup sending off for England the previous summer, and was arguably the first step in Ronaldo’s transition from fleet-footed show pony into a physically impressive goalscoring phenomenon.

The boy had become a man.

In a stat likely to take pride of place in any Premier League-related pub trivia, one of just two players to outscore Ronaldo during that aforementioned breakout season was, of course, Blackburn’s Benni McCarthy.

McCarthy had enjoyed a productive spell in Portugal with Porto and formed part of the side which won the Champions League under Jose Mourinho, before making the move to English football in 2006.

The £2.5m fee Blackburn paid for his services soon proved a bargain as he enjoyed a prolific campaign at Ewood Park, scoring 24 goals in all competitions and finishing as runner-up for the Premier League’s Golden Boot.

McCarthy’s fine form – including eight goals over the final 10 fixtures of the season – helped Blackburn overcome a difficult start to secure a top half finish, whilst the club also reached the semi-final of the FA Cup before losing to eventual winners Chelsea.

It proved the zenith of the South African’s career in the Premier League, however, McCarthy scoring just a further 19 league goals over the next three seasons for Blackburn before a goalless spell at West Ham.

Didier Drogba had played his part in Chelsea’s emergence as England’s latest superpower after winning back-to-back league titles at Stamford Bridge, but it was not until his third season that we truly saw the capabilities of a player who had terrorised defences at Marseille.

The Ivorian enjoyed a fine individual season as the spearhead of Jose Mourinho’s side, proving a one-man army in attack as he scored a career-best 33 goals in all competitions to win a maiden Premier League Golden Boot.

Amongst his catalogue of strikes included Goal of the Season contenders against both Liverpool and Everton, the forward hitting two sensational volleyed efforts against the Merseyside opposition.

Drogba’s 20 league goals were not enough for Chelsea to retain their title, but he did help the west London outfit to a domestic cup double, scoring winning goals in both the League Cup and FA Cup finals as Arsenal and Manchester United were defeated respectively.

His haul saw him finish two goals clear of McCarthy and win the Golden Boot, later winning the accolade for a second time during the 2009/10 season.