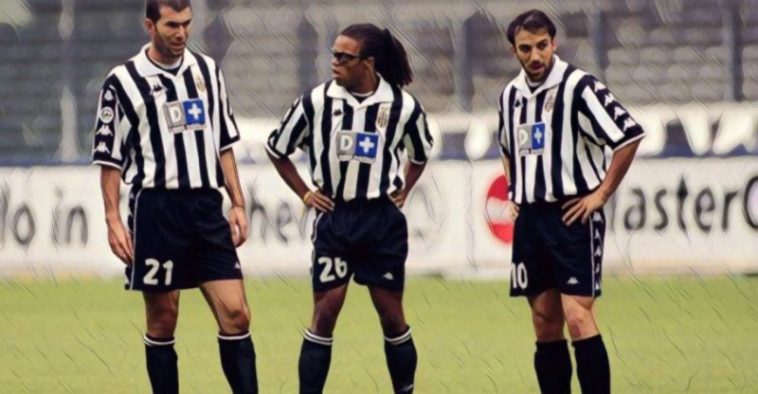 In his kitchen at Bellefield Avenue, West Derby then Liverpool manager Bill Shankly had a vision, one which would carry a psychological impact on every opposition.

In the dressing room at Melwood, Liverpool’s training ground, on a cold November day in 1965 he threw centre-back Ron Yates a pair of red shorts, as Yates stood up all in Red – Shankly barked ‘Christ Ronnie you look 7ft tall, a colossus..’.

In modern times the football kit has become, among football fans, a display of uniformity and colour, forming a core part of a club’s identity and history – clothing to wear into battle.

However, this uniqueness came about by accident; In 1890 Wolverhampton Wanderers travelled to Wearside to play Sunderland, that day at Roker Park both sides ran out in red and white, causing confusion amongst the watching public throughout the game.

The next season the English Football Association stipulated that no two clubs could register the same coloured kits, Wolverhampton Wanderers chose ‘Old Gold and Black’ shirts, based on the town’s motto ‘Out of Darkness Cometh Light’.

The colours of most teams have a story, and some have even been brought abroad by football purveyors spreading the gospel of the beautiful game.

In the town of Huelva, the giant open cast mines of Rio Tinto create a surreal almost lunar landscape, some say among its beauty and toil that Spanish football was born, founded by British workers.

The game they introduced to the Spanish public was primarily based on a British style of brute force and strength. However, in 1929 former English International Fred Pentland arrived at the San Mámes home of Atletico Bilbao for a second term and ripped up the football text books.

Pentland introduced the 2-5-3 system to the Basque’s, creating additional numbers in the midfield sector, overpowering oppositions, and allowing the team to be more creative in their play.

Los Rojiblancos would go on to win La Liga and Copa Del Rey in the next two seasons, a double, double if you please, this included a demolition of FC Barcelona 12-1, to this day still the heaviest defeat inflicted on the Catalans.

Bilbao the football club had been founded in 1902 with the merger of Atletic Club and Bilbao Club, involved in the formation were Lancashire miners working in the Iron Ore fields of the Basque region.

In their first season, the Basque side wore a blue and white kit in recognition of Blackburn Rovers of Lancashire, however by the mid-1900s the kit was getting tatty.

Step forward Juan Elorduy, Basque student, and player, who happened to be in the UK that Christmas 1909, contacting the original shirt providers he found the Rovers shirts were sold out.

However, as he headed for the port of Southampton, he decided to try his luck purchasing red and white shirts of the local team, fifty were purchased making the journey home to Bilbao.

Atleti, the red and whites of Bilbao were born, with their Basque only player policy they are one of only three teams never to be relegated from La Liga.

On the 8th of Sept 2011, Lee Hughes scored an equalising goal for Notts County against the ‘Old Lady’ of Juventus. Indeed, eyebrows were raised when Juventus announced the oldest team in English football would be their prestigious opponents for the opening of the new Allianz stadium.

However, as we know behind every team is a story, arise Englishman John Savage.

Since their inception Juve had worn a pink kit, not too dissimilar to today’s away shirt, with a desire to distinguish themselves from neighbours Palermo (who also wore Pink) and a chance to upgrade a faded look, they turned to founding club player Savage. With connections back in Nottingham, Savage contacted a colleague at Notts County Football Club.

Of course, Notts County said “Sí” and the Bianconeri’s not only got a new look but also a new identity. Juve would become a bastion of Italian and World football.

With stars such as Brady, Boniek, Platini, Zidane, Del-Piero and modern-day Ronaldo enjoying success through the decades in Turin, wearing the colours of the Magpies of Meadow Lane.

If you ever wander down Strood High Street in Kent, you may stumble across Taylor’s Lane.

An unassuming place which is easily missed, but one which is a starting point to the founding of one of the oldest clubs in Argentinian football, one which nurtured a young Lionel Messi and gave Diego Maradona his only personal throne when manager.

Isaac Newell was born in Strood on April 24th, 1853; aged 16, he made the journey to Rosario, 200 miles northwest of Buenos Aries, to work as a teacher.

Newell was a passionate football man and is credited with bringing the rules of the game and the first footballs to the land of silver, promoting a game which would become a religion for the locals.

In 1884 Newell opened the Argentine Commercial Anglican School, by 1903 his son Claudio had like his Father found a passion for the game and decided to form a football club.

The club would be called Newell’s Old Boys with reference to the school and would take two colours from the Union Jack back home, red and black, which were also the colours of the school.

Newell’s played their first official match in their famous red and black kit against Argentino Atletico on the 21st of May 1907 in the Liga Rosarino de Futbol.

From such humble beginnings the ‘los leprosos’ have become one of Argentina’s biggest football clubs, winning six league titles and have won the Copa Libertadores twice.

In 1929 Derry City football club joined the Irish League in the North of Ireland, plying their trade in the Brandywell, a stadium, which also held greyhound meetings.

The club’s committee chose the colours of claret and blue as the club strip, the same colours as Aston Villa of Birmingham who were then a formidable force in English football.

However, this was all to change in the 1930’s with the arrival of Billy Gillespie as manager, the Donegal native returned home from Sheffield United to take up the position.

Gillespie had played in England for over two decades, initially joining Leeds Utd (then Leeds City) for £500, but made his name as captain of Sheffield United winning the FA Cup in season 1924/25.

The Kerrykeel man was also a British Home Championship winner for Ireland in 1914, scoring twice against England at Ayresome Park, Ireland’s first ever victory over England on English soil.

Derry City were so in awe of Gillespie and their capture of him as manager they changed their kit to the red and black of the ‘Blades of Yorkshire’.

The city of Seville is famous for its oranges, the same city also shares a great passion for the beautiful game. One of the most passionate set of fans in Spanish football are the ‘los beticos’ also known as the ‘verdeblancos’ of Real Betis.

Betis was founded in 1914 with the merging of Betis Football Club and Sevilla Balompié, after the latter had split from now arch-rivals Sevilla F.C.

Initially, the club wore all blue jerseys, but one of the founders Manuel Ramos Asensio who was schooled at the Marist St. Jospeh’s College of Dumfries in Scotland was soon to bring an infusion of green and white.

While studying in Scotland, the young Manuel became interested in football and in one club, Celtic football club.

Glasgow Celtic had been founded by the Marist Brother Walfrid in 1888 and young Manuel would make his way to ‘Paradise’ to watch the famous hoops with school friends.

This love affair saw Manuel sourcing the same material for Betis new shirts as the famous hooped ones of Celtic, in making a statement he inverted green and white lines into the shirt, creating the famous stripes of Betis.

In February 2017 to celebrate Andalucian day Betis wore the famous hoops of Celtic in a league match versus Malaga.