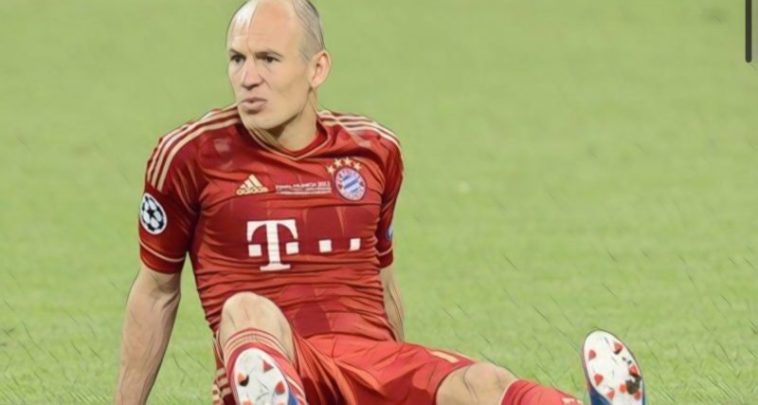 Football remembers the winners of major tournaments but the losers can often be forgotten, those players who came closest to lifting the game’s biggest prizes before agonisingly falling short.

The World Cup and the Champions League are regarded as the two biggest competitions in football at international and club level respectively, and losing in the final of either tournament is amongst the most heartbreaking moments of any player’s career.

There are, however, an unfortunate select group of players to have tasted each of the greatest disappointments – with some incredibly happening in the same year.

Here are five of the best players to lose the World Cup and Champions League finals in the same year:

The former Germany international was a key figure in a remarkable season for Bayer Leverkusen in 2002, though a campaign that had promised a potential treble eventually ended in a succession of runners-up medals.

Leverkusen had blown a lead to finish second in the Bundesliga in addition to losing the German cup final to Schalke, but their hopes of glory were still strong as they took on Real Madrid in the club’s first ever Champions League final at Hampden Park.

The clash with Madrid at Scotland’s national stadium proved a step too far, however, when after progressing past both Liverpool and Manchester United in the knock-out stages, Leverkusen lost 2-1 to in Glasgow courtesy of one of the competition’s all-time great goals from Zinedine Zidane.

Ballack headed to that summer’s World Cup in Japan and South Korea and emerged as one of the star’s of the tournament, playing some of the best football of his career to help Germany advance to the showpiece.

The midfielder scored the only goal of the game in quarter-final and semi-final victories over South Korea and Turkey respectively, but a booking in that latter fixture meant he would miss the final through suspension.

Watching on from the sidelines in Yokohama, Ballack could do nothing as a Ronaldo-inspired Brazil emerged victorious in Japan, securing a 2-0 victory and adding another silver medal to the midfielder’s growing collection.

Having helped establish Arsenal as a force at domestic level under the guidance of Arsene Wenger, Henry inspired the north London side to their first ever Champions League final in 2006, scoring five times throughout the tournament as the Gunners advanced to the Paris showpiece.

What promised to be a dream evening turned into late heartbreak, however, as Barcelona scored twice late on to secure victory after Arsenal had taken a first-half lead through Sol Campbell – despite seeing goalkeeper Jens Lehmann sent off after just 18 minutes.

Henry’s hopes of lifting Europe’s biggest prize as Arsenal captain had ended, but he travelled to the World Cup in Germany that summer as part of a well-fancied France side.

The forward scored three times, including a quarter-final winner against Brazil, as France made the final but another red card – this time Zinedine Zidane’s infamous head-butt on Marco Materazzi – dented French hopes as the final went to penalties.

Henry had been substituted during extra-time and could only watch as David Trezeguet missed the crucial spot-kick to crown Italy world champions at France’s expense.

Bayern Munich were searching for a historic treble after reaching the Champions League final in 2010, with combative Dutch midfielder Van Bommel having captained Louis van Gaal’s side to the latter stages of Europe’s premier club competition.

Van Bommel and Bayern, however, was faced by an Inter Milan side in search of their own treble, the Italian giants guided by Jose Mourinho were highly placed in the latest Champions League odds despite not having lifted ‘Old Big Ears,’ in 45 years.

Diego Milito scored twice for Inter to seal victory and Italian football’s first ever treble, Van Bommel condemned to a runners-up finish before heading to the 2010 World Cup in South Africa.

The midfielder played an influential role as the Oranje advanced to a first World Cup final since 1978, only for Andrés Iniesta’s extra-time goal to break Dutch hearts in Johannesburg as their wait for a first world title continued.

The Netherlands international was a teammate of Van Bommel for both club and country throughout 2010, losing out alongside his compatriot in both the Champions League and World Cup finals.

Robben had starred for Bayern throughout much of the campaign and finished as the club’s leading goalscorer in all competitions, including scoring a vital winner to eliminate Manchester United on away goals and a semi-final first leg winner against Lyon in Munich.

The winger was unable to influence the Champions League final, however, as Bayern succumbed to Mourinho’s Inter, whilst he also missed a guilt-edged chance to win the World Cup for the Dutch later that summer.

Robben could only fire his effort at Iker Casillas when put through on goal during a tight and ill-tempered final in South Africa, his miss proving costly as the aforementioned Iniesta crowned Spain world champions.

The most recent inclusion on this list, Lovren suffered dual defeats during a disappointing 2018.

Lovren had played his part in Liverpool’s run to the Champions League final two years ago, before a nightmarish display from teammate and goalkeeper Loris Karius gifted the trophy to Real Madrid in Kyiv.

Lovren then helped Croatia to the World Cup final for the first time in their history courtesy of a memorable tournament in Russia, eliminating both the hosts and England on their way to a final meeting with France in Moscow.

The centre-back’s double disappointment was finalised after a formidable France side ran out winners in an entertaining contest in the Russian capital, Lovren once again missing out on silverware after two major final defeats.