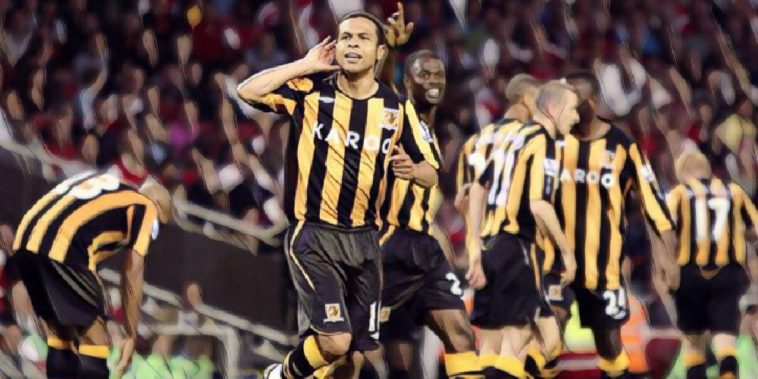 Such is the difference in quality between the Premier League and English football’s second tier, the three promoted clubs perennially start amongst the favourites for the drop ahead of the new season.

There are, however, exceptions to every rule and Wolves’ seventh-placed finish last season showed that clubs are capable of handling the step up.

Sheffield United, Aston Villa and Norwich have all made differing starts in the first eight weeks of the new season, picking up nine, eight and six points respectively, but how do they compare to the best ever starts by promoted sides?

Here are the seven best starts to a Premier League season at this stage by newly promoted clubs.

Burnley ended a 33-year absence from top-flight football with promotion under Owen Coyle a decade ago, and the club began their first Premier League season with a solid start.

Defeat on the opening day at Stoke was followed with an upset victory over champions Manchester United at Turf Moor, Robbie Blake’s fine volley sealing a memorable win.

It would be the club’s home form which would be key to their run, The Clarets winning each of their first four home games of the season. Their away form, however, was poor and after eight games of the season, their record stood at four wins and four losses, with the Lancashire side having scored seven and conceding 16.

Despite sitting ninth after eight fixtures of the new season, Coyle’s side would struggle for the remainder of the campaign and he would be sacked in January, though replacement Brian Laws could do little to stop their decline and the club were relegated back to the second tier after finishing 18th.

Having been thrashed 6-0 by champions Chelsea at Stamford Bridge on the opening day of the new season, few would have anticipated Roberto Di Matteo’s side enjoying such a solid start to the 2010/11 season.

The Italian would soon shore up his side’s defensive issues, and they would lose just once more – at Liverpool – in their opening eight fixtures.

That run included home wins over Sunderland and Birmingham, with battling performances to earn draws with both Manchester United and Tottenham. The highlight, however, was a 3-2 away victory at Arsenal as goals from Peter Odemwingie, Gonzalo Jara and Jerome Thomas secured a memorable victory.

Di Matteo would eventually be sacked in February following a run of seven defeats in nine fixtures, though replacement Roy Hodgson oversaw a resurgent end of season run as West Brom finished 11th.

Few newly promoted sides have begun in as impressive opening day fashion at Charlton in 2000/01, who announced their arrival in the Premier League with a 4-0 thrashing of Manchester City at The Valley, though its fair to say that the City side at the turn of the millennium were a long way short of the all-conquering machine we have become used to in recent years.

They would fail to win in their next four fixtures, however, as back-to-back defeats to Everton and Arsenal were followed by draws with Southampton and Derby, before consecutive victories over Tottenham and Newcastle got their season back on track.

After eight fixtures Alan Curbishley’s side would have 12 points, providing the platform for a top-half finish as the club surprisingly finished ninth.

Four wins in their opening eight fixtures got Steve Coppell’s Reading side off to a fine start in 2006/07, as the high-flying Royals finished eighth in their first-ever Premier League campaign.

A thrilling 3-2 win over Middlesbrough on the opening day would begin their charge, which also included victories over Manchester City, fellow new boys Sheffield United, West Ham and a draw with Manchester United.

‘Big Sam’ had been brought in to arrest West Ham’s decline following their relegation, and immediately led to club to promotion back to the top flight in 2012.

Led by one of his most trusted lieutenants, Kevin Nolan, the Irons would begin with an opening day victory over Aston Villa at Upton Park.

Allardyce’s side would lose just twice in their opening eight fixtures, racking up 14 points courtesy of wins over Villa, Fulham, QPR and Southampton, whilst also earning draws with Norwich and Sunderland.

Captain Nolan would score five times in that period to lead their charge, with Allardyce’s side impressing in the Premier League and earning a respectable top half finish at the end of the campaign.

One of the most impressive debut seasons in the Premier League in recent memory, Nuno Espirito Santo’s Wolves side followed their Championship title success with a seamless transition into life at the top level.

The Black Country club secured 15 points over their first eight fixtures, the second-highest points total by a newly promoted team at that stage.

After failing to win in their first three fixtures, Wolves would win four of their next five with their only blip in that period being a 1-1 draw against Manchester United.

West Ham, Burnley, Southampton and Crystal Palace would all be defeated, all without a single goal being conceded. Their impressive start would continue throughout the season, finishing seventh and securing qualification for Europe for the first time since 1980.

To put Hull’s start just over a decade ago into context, they would sit behind just flawless Liverpool in the current Premier League table.

Embarking on their first-ever season at Premier League level, Phil Brown’s Hull City side enjoyed a flying start to the new season in 2008/09.

A 5-0 home thrashing by Wigan would be an anomaly in an otherwise impressive start for the Tigers, who would win five of their opening eight encounters to reach dizzying heights in the league table.

Brazilian playmaker Geovanni would be the inspiration behind their run, scoring goal of the season contenders in famous away wins at both Arsenal and Tottenham.

Their run would not last though, their form drastically deteriorating in the second half of last season. Their 17 point start proved crucial, the club avoiding relegation by just a single point on the final day of the season.