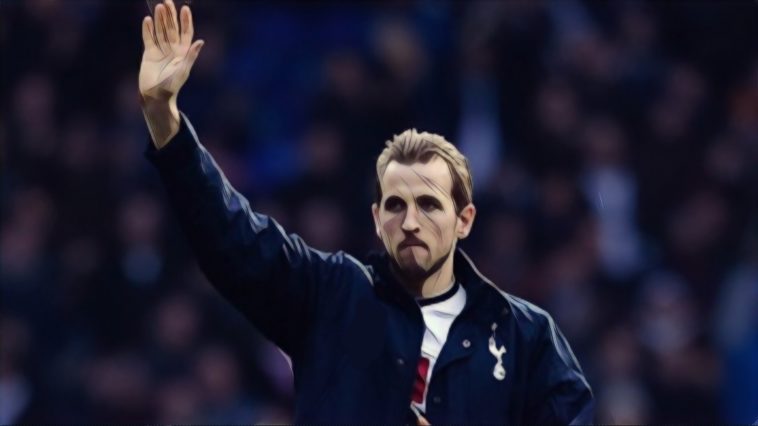 Spurs fans won’t want to hear it, but there might be a case for selling Harry Kane — if the money is reinvested wisely.

Let’s start by pointing out the bleeding obvious: Tottenham Hotspur have been (and continue to be) in woeful form this season. They thought it couldn’t get any worse after being knocked out of the League Cup by Colchester United. Then they got smashed 7-2 by Bayern Munich in the Champions League, which was followed up with a 3-0 defeat to Brighton in the Premier League. There has been no respite for the Lilywhites, no matter what competition they are (or were) in.

This has started a million conversations about the crisis currently enveloping the club and what has gone wrong, from the ownership to the manager to the players. The latter has been a source of major discussion of late, with so many known to have wanted to leave the club this past summer.

Having not made a transfer for almost a year-and-a-half with money tied up in the new stadium, Spurs failed to renew and refresh their squad and are paying the price dearly for it. The team has aged and results have faltered as a result, with this campaign already looking like a complete bust unless Mauricio Pochettino can somehow turn things around.

With the club at a low ebb, it might, oddly enough, be the time to consider doing the unthinkable: selling Harry Kane.

It was recently reported by the Telegraph that chairman Daniel Levy would ensure the England striker stays put for the foreseeable future, even if Spurs fail to win a trophy (again). According to Matt Law, Levy has slapped a £250 million price tag on the player, which would make him the most expensive player of all-time were he to move for such a fee.

The chances of Spurs receiving a bid equal or greater to that value is unlikely, but there is no doubt that Kane would fetch a huge fee in the transfer market. Say for argument’s sake that such a bid did come in… then what does Levy do? Would it be too good to turn down?

While Kane is undoubtedly still one of the club’s star assets, he has clearly been off the boil this season. Five goals from eight league games is by no means a poor return, but he is not passing the eye test. For whatever reason, he has been more interested in getting involved in build-up play than getting into good shooting positions and his shot numbers have decreased as a result. This improved in the Southampton game where Spurs appeared to turn a corner, but that’s since been proved to be a fallacy.

This dip is also part of a bigger trend in recent years; while his goals per 90 minutes is still good, he has been padding out his tally with penalty goals.

Between the 2015/16 and 2017/18 campaigns, 70% of Kane’s goals came from open play. In the past two seasons that has dropped to 59%. In the first eight games this year four of his five league goals have been from open play, but that stat is tempered by his goals in the Champions League and for England; his two goals against Olympiakos and Bayern Munich respectively came from the spot, while half of his six goals for the national team in 2019 were also penalties. His shot accuracy in the league has also been decreasing over time, sliding from a high of 53% in 2016/17 down to 38% this season.

Kane finished last season with 17 league goals to his name, his lowest total since becoming the main striker at Spurs. That can be explained away by injuries he suffered, which kept him off the field for 91 days, but they also point to another major issue with him at this stage of his career. He has suffered five ankle injuries in his career, three of which came in the last 18 months alone and the last one being the most serious.

There’s a clear trend here and it could have a detrimental effect on his playing ability. Kane rushed himself back early on almost every occasion, particularly for the Champions League Final against Liverpool in June. His willingness to return from injury as quickly as possible is admirable in a way, but very short-sighted. The rest of his career may deteriorate more quickly than had he taken the time to fully recuperate.

None of this is to say that Kane has become a bad player overnight, that he won’t continue to be a good player for many years, or that he is not worth keeping if he chooses to stay, but these are all things Levy should be considering now ahead of a much-needed rebuild.

Kane will be in his post-peak years soon enough, and won’t command as big of a fee beyond next summer. The club have already failed to capitalise on the high-value players such as Christian Eriksen, Jan Vertonghen and Toby Alderweireld, all of whom could leave for nothing in 2020. The money from those transfers would have easily financed a rebuild, but they’ll have to find another way.

A massive fee for Kane could be that way and, while fans will baulk at any notion of selling One Of Their Own™, Levy could sell him knowing they may very well have already seen the best of him. There would be a huge task in trying to replace such a talisman and it could backfire disastrously if they don’t spend the money wisely. But it comes down to whether you want to sell a year early or a year late. With no immediate sign of success on the horizon, they might be better off just ripping that bandaid sooner rather than later.

Read: Pochettino insists he has the ‘support’ of Daniel Levy despite Spurs’ struggles

See Also: The stat that shows Spurs have always been more resilient than you think