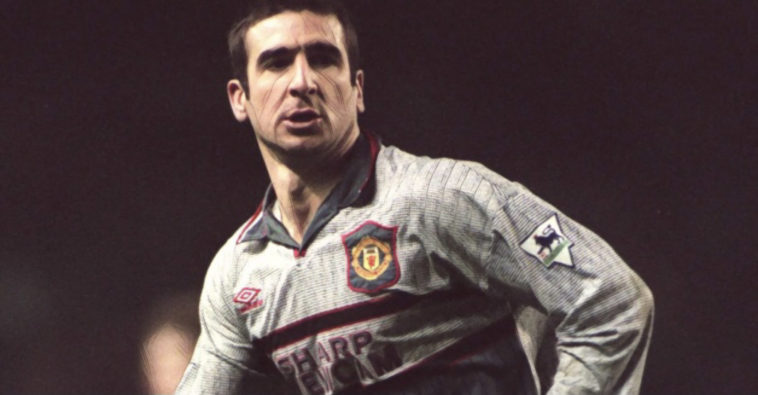 Manchester City fans were left more than unimpressed following the release of the club’s new third kit this week, the design from Puma causing its fair share of controversy.

Puma have chosen to release a line of kits this season that have not gone down well with supporters, the failure to include club crests in conventional fashion leading to uproar amongst fanbases.

Following the outrage at City’s latest unveiling, we’ve decided to look back at some of the most controversial and ugly kit choices in football history.

We’ll start with this absolute monstrosity from American side Colorado Caribous, who sported this barely believable shirt during their sole season in the NASL in 1978.

‘Soccer’ in the United States has come a long way since this was sported by the Caribous, a shirt that looks more appropriate for a cheerleading squad than any form of football team.

Who decided that tassels was a good idea?

Colorado Caribous; a strip so atrocious it was superb. Produced by those luminaries of kit manufacture, Medalist-Sand Knit, presumably to tie-in with the cod-razzmatazz of the NASL, it served The Caribous for their only league season in 1978 prior to their hasty dissolution. pic.twitter.com/jI0eN7yygP

Modern football has seen sponsors become more and more prominent as clubs bid to earn every possible penny, with the choice of shirt sponsorship often a make or break factor when it comes to assessing the aesthetics of a kit.

AC Milan have had some brilliant kits throughout the years, but this one – sponsored by ‘Pooh Jeans’ – was not one of them.

Perhaps not a controversial kit in terms of look or connotations, but one that enjoys its own infamy amongst Premier League fans.

Manchester United’s grey shirt was disliked by the players, who complained about the visibility of teammates when blended into the background of a watching crowd.

It was worn on just five occasions before it was binned, including during a memorable loss at Southampton in which United changed into blue shirts at half-time, with the Red Devils remarkably failing to win all five fixtures.

Cameroon opted for an NBA-inspired look during the 2002 Africa Cup of Nations, turning out in the tournament with sleeveless shirts.

The shirt proved a success as Lauren, Samuel Eto’o and co were crowned as winners of the tournament in Mali, but the African nation were refused permission to wear their unique attire for the World Cup later that year – sporting black sleeves during the finals in Japan and South Korea.

Rangers introduced an orange away shirt for the 2002/03 campaign, a season which saw the Scottish side secure a domestic treble under Alex McLeish.

Their away shirt was a source of controversy however, being described as ‘needlessly provocative’ by anti-sectarian campaigners and politicians.

Rangers replica shirt from 2002/3 treble winning season. Hand signed on the front by Barry Ferguson and on the back by Peter lovenkrands. Superb shirt this was. #RangersFC #treble #Champions #orange pic.twitter.com/Ez2mdZIlan

The shirt was ditched in October, though the club claimed the decision was made for commercial reasons and not because of politics.

Cameroon took it upon themselves to be innovators of football fashion during the mid-2000s and the results were once again mixed, following their aforementioned sleeveless shirts with this all-in-one design two years later.

This onesie-esque ensemble was criticised by FIFA, who fined the Cameroon Football Federation $154,000 and docked the nation six points in World Cup qualification for breaching team wear regulations.

The points were subsequently re-awarded to Cameroon, but the one piece was removed as the Africans returned to a traditional shirt, shorts and socks combination.

Barcelona’s had regularly prided themselves on a refusal of shirt deals and sponsorship throughout their history, though emblazoned their shirts with Unicef after becoming ambassadors for the charity ahead of the 2007/08 season.

The advertisement of a charity helped appease the Barcelona fans disgruntled with sponsorship covering the Catalan stripes, but three years later the Spanish side signed terms for their first commercial sponsor.

The deal with Qatar Foundation was the most lucrative in world football at that time, worth 150 million euros (£125million) across five seasons.

Voukefalas FC found sponsorship in the most unlikeliest of places back in 2012, with local brothel owner, Soula Alevridou, providing aid with her two brothels emblazoned upon the club’s shirts.

During the economic crisis in Greece, amateur football club Voukefalas FC in Larissa were desperate for financial support. They found Soula Alevridou, a brothel owner who aided the club by sponsoring her two brothels – Villa Erotica and Soula's House of History pic.twitter.com/W8nnn0dXnI

The team’s coach, Yiannis Batziolas, insisted there was nothing for his side to be ashamed of when sporting their new sponsorship.

“When you see that, in professional football, betting companies and alcohol are advertised, I think that’s far more immoral,” he said.

“In Greece, it’s not peculiar to visit a sex house. I think most young people have been to these places because it is a human need.

“And I’m proud of the woman who owns this brothel, proud that she helps our dreams of playing football come true.”

An unforgettable period for Cardiff City, as the ‘Bluebirds’ controversial owner Vincent Tan sought to make unwelcome and unprecedented changes in the Welsh capital.

Unhappy with the club’s traditions, the Malaysian business man opted for a controversial rebrand, including changing the club crest – incorporating a red dragon – and changing the shirts from blue to red.

The changes began in 2012/13 and lasted for three seasons, before fan pressure resulted in a U-turn on the decision

Manchester City fans should count themselves fortunate given some of the outrageous kits on this list, with this offering from Spain’s La Hoya Lorca amongst the worst of the bunch.

The club, based in Murcia – a region nicknamed ‘the vegetable garden of Spain’ – offered up this broccoli-inspired away shirt for the 2015/16 season.

Make of it what you will.

Hall of Fame or Hall of Shame?