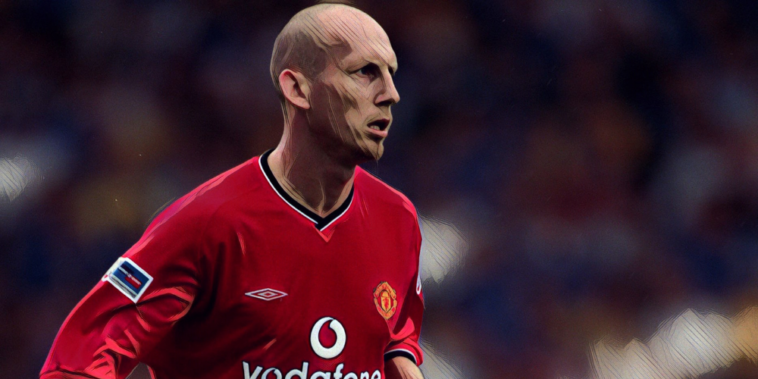 Virgil van Dijks’s return from injury has been a huge boost to Liverpool as the new season gets underway, with the Dutch defender having been a central figure in the club’s recent success.

Van Dijk’s role in the Reds’ 2-0 win over Burnley last weekend saw the centre-back continue his incredible record at Anfield for the club, with the 30-year-old remaining unbeaten on home soil since signing from Southampton in January 2018.

Following the defender’s latest home game without defeat, we’ve decided to look at the five Premier League players with the longest unbeaten home steaks in the division’s history.

Manchester United made Jaap Stam the most expensive defender in history when signing the centre-back from PSV Eindhoven in the late nineties, with the club’s record outlay proving well worth the investment.

The former Netherlands international cemented himself as one of the Premier League’s best defenders, being named in the PFA Team of the Year during each of his three seasons at Old Trafford.

That period also saw Stam amass 40 home fixtures without defeat in the league, his departure for Lazio in 2001 later cited by Sir Alex Ferguson as one of his biggest career mistakes.

Alex’s career with Chelsea initially took time to get going as the defender was loaned to PSV for three consecutive campaigns, eventually linking up with the west Londoners after winning three Eredivisie titles in the Netherlands.

The burly Brazilian became a popular figure during four seasons as a regular at Stamford Bridge, his penchant for spectacular goals from distance endearing him to the Chelsea faithful.

Alex’s time with Chelsea came during a period in which the Blues were notoriously difficult to beat on home soil, the centre-back amassing 41 games without defeat in the capital during his time in the Premier League.

The second Chelsea player to feature on this list, Wright-Phillips formed part of the Blues’ expensive recruitment drive after impressing at Manchester City.

Wright-Phillips remarkably remained unbeaten throughout his entire three-season spell in west London, his run of 42 games unbeaten at home beginning after a 2-0 Manchester derby defeat whilst still a City player in February 2005.

His sequence was ironically ended by Chelsea following the winger’s return to Manchester City in 2008, with the Blues securing a 3-1 win at the Etihad in September 2008.

Liverpool’s win over Burnley on Saturday saw Van Dijk extend his personal run to 48 home games without defeat in the Premier League, the Dutchman yet to be on the losing team since moving to Anfield.

That run came during Van Dijk’s lengthy absence with an ACL injury last season however, the centre-back having since returned to take his place at the heart of the Liverpool defence.

Having seen their title defence damaged by injuries to key personnel last season, Liverpool will hope to mount a sustained challenge this time around with Van Dijk back amongst their ranks.

Sharpe formed part of the Red Devils’ side that dominated the early seasons of the Premier League, winning three league titles and two domestic doubles with the club before his departure.

Sharpe missed much of the early months of the Premier League’s inaugural season – including home defeats to Everton and Wimbledon – before playing his part in the run-in as a first league title in 26 years was secured.

The winger remarkably failed to lose a single home game during four Premier League seasons with the Red Devils, his run eventually ended following a move to Leeds, with Sheffield Wednesday securing a 2-0 win at Elland Road in August 1996.