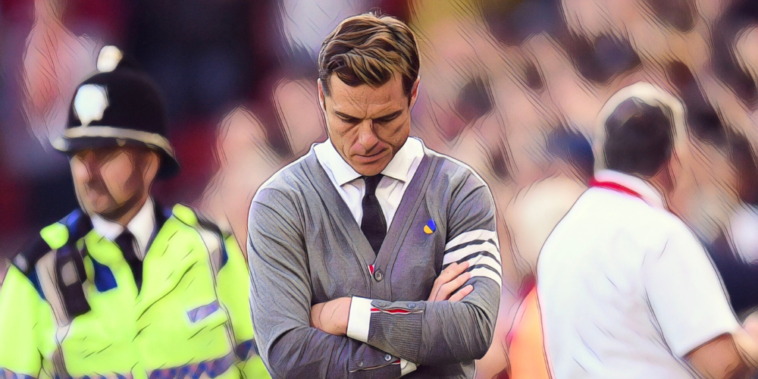 Scott Parker became the first managerial casualty of the Premier League season this week, with the Bournemouth boss sacked after a record-equalling 9-0 defeat at Liverpool.

The Cherries were humiliated on a difficult afternoon at Anfield, as Jurgen Klopp’s side ran riot to equal the Premier League’s biggest ever winning margin.

Incredibly, Parker became the sixth manager to lose his job directly after a defeat to Klopp’s Liverpool and we’ve decided to remember each occasion.

Francesco Guidolin was viewed as a left-field choice for Swansea City following his appointment in January 2016, with the former Udinese manager brought in with the Swans just two points above the relegation places.

Guidolin did guide Swansea to safety and a 12th-placed finish though, their Premier League status confirmed with a win over Liverpool in early May.

However, the Italian’s reign came to an end just seven fixtures into the following season as a woeful start saw Swansea sack the man in charge. After beating Burnley on the opening weekend, Swansea failed to win in their next six games with a home defeat to Liverpool the final straw for the club’s board.

Today is Francesco Guidolin's birthday and all. Sacked on his birthday, poor chap. At least Swansea gave him a cake though: pic.twitter.com/wo2sKX8YiI

Leroy Fer had given Swansea an early lead against the Reds, but Roberto Firmino’s equaliser and a late James Milner penalty condemned Guidolin to the sack just ten months after his appointment.

Slaven Bilic’s reign at West Ham came to an end after defeat to Liverpool in 2017, as the Croatian paid the price for a poor start to the Premier League campaign.

Bilic had led the Hammers back into Europe during his first two seasons in charge, but a stuttering start to the 2017/18 season saw him sacked in East London.

West Ham opened the season with three consecutive defeats and won just two of their first 11 games, before a 4-1 home hammering to Liverpool saw Bilic dismissed.

Mohamed Salah scored twice as the visitors secured a comfortable win at the London Stadium, with further goals from Joel Matip and Alex Oxlade-Chamberlain.

Fulham have had a yo-yo existence in recent campaigns, swapping between the top two divisions in six straight seasons.

Slavisa Jokanovic secured the first of those promotions to the Premier League, ending the Cottagers’ four-season absence from the top tier in 2017/18.

Fulham found the step up difficult to deal with, however, winning just one of their opening 12 fixtures despite a summer spend in excess of £100m.

Jokanovic was dismissed from his role following a 2-0 defeat at Anfield in November 2018, as goals from Mohamed Salah and Xherdan Shaqiri earned the Merseysiders a 2-0 win. Despite winning their next fixture under Claudio Ranieri, the coaching change failed to save Fulham who ended the campaign 19th and were relegated.

Jose Mourinho’s misery in Manchester came to an end following a loss at Liverpool in 2018, as Xherdan Shaqiri came off the bench to score twice and inspire Jurgen Klopp’s team to a 3-1 win at Anfield.

The win moved Liverpool back to the top of the Premier League and a huge 19 points ahead of their beaten rivals, with the statistics damning for Mourinho and his United side.

The Reds recorded a huge 36 shots on goal in the clash, the most the Red Devils had faced in a Premier League match since Opta first began collecting the data in 2003/04.

Liverpool’s three goals also took United to 29 conceded for the season, one more than Mourinho’s side had let in during the entirety of the previous campaign and the most goals United had conceded at that stage of a top-flight campaign since 1962/63.

The defeat also confirmed United’s worst start to a top-flight season in the Premier League era, with Mourinho sacked following a toxic end to his reign at Old Trafford.

Liverpool pushed Marco Silva towards the exit door after a derby day destruction of Everton in 2019, with a resounding 5-2 win seeing the Toffees drop into the Premier League’s bottom three.

Liverpool produced a punishing performance to score four goals inside the first half, as a rotated Reds team made light work of their struggling Merseyside neighbours.

An entertaining opening 45 minutes saw Liverpool lead 4-2 at the break, with Divock Origi’s double and goals from Xherdan Shaqiri and Sadio Mane putting the home side in control at Anfield.

Georginio Wijnaldum added a late fifth to put the finishing touches on a rout for the Reds, a win which inflicted Everton’s third straight loss – and ninth defeat of the season – and left Silva’s side 18th in the division.

Silva was sacked two days later, bringing an end to his 18-month spell at Goodison Park.

Scott Parker is the latest manager to suffer the curse of Klopp, with the Bournemouth boss sacked just four games into the Premier League season.

Three consecutive losses to Manchester City, Arsenal and Liverpool were perhaps predicted, but the manner of those defeats – including an embarrassing 9-0 defeat at Anfield – have seen the Bournemouth board press the panic button.

The Cherries were cut apart in a ruthless attacking performance from Liverpool last weekend, as Luis Diaz and Roberto Firmino each scored braces.

Parker suggested a lack of backing was behind Bournemouth’s defeat, with the Cherries having been modest spenders in comparison to Premier League rivals since promotion.

Those comments are unlikely to have done Parker favours, with the former Fulham boss sacked just over three months since guiding Bournemouth to promotion at the first attempt.