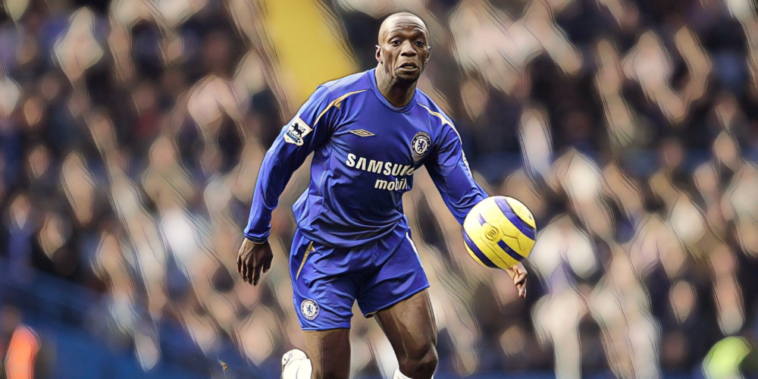 For all that individual quality can make an impact, football is fundamentally a team game in which each of the components must work together to achieve the desired result.

Claude Makelele’s career was built around self-sacrifice. Working in the shadows, his team-first focus was a cornerstone of successful sides for club and country.

His mastery of a supporting role has since seen the position at the base of the midfield commonly referred to in English football lexicon as the ‘Makelele role’, perhaps the greatest tribute to his understated genius as a defensive midfield spoiler.

Zinedine Zidane infamously criticised Real Madrid’s decision to allow Makelele to leave the club, comparing the arrival of David Beckham to adding another layer of gold paint to a Bentley that had just lost its engine.

Claudio Ranieri was also aware of the functional importance of the midfielder, calling Makelele the ‘battery’ to Chelsea’s increasingly expensive watch following his arrival at Stamford Bridge.

In the years that have passed since Makelele’s retirement, he has earned a level of appreciation from a wider audience that did now always accompany the Frenchman during his time on the pitch.

Born in Zaire, Central Africa, he moved to France as a child and began to follow in the footsteps of his father, André-Joseph, who had forged a career as a professional footballer and represented DR Congo at international level.

After formative spells with FC Melun and Brest, he signed for Nantes at 18. After breaking into the senior side, he formed part of the team that won the Ligue 1 title in 1994/95. The following season, Nantes reached the semi-finals of the Champions League before defeat to eventual champions Juventus.

Nantes’ title-winning campaign had seen Makelele begin to adapt to the defensive role that defined him, having first emerged in a midfield position with a greater attacking licence. The hallmarks of his game, a defensive discipline in regaining and recycling possession, shone through as Nantes enjoyed success at home and in Europe.

Makelele moved on to sign for Marseille, but spent just one season at the Stade Vélodrome before joining a Celta Vigo team on the rise in Spain.

The move to La Liga saw Makelele begin to enter the consciousness of Europe’s elite, as he shone in an anchor role for a Celta side competing for continental qualification. After two seasons with Los Celestes, interest arrived.

Makelele – aware bigger clubs were circling – made clear his desire for an exit, going on strike as he sought to leave.

Real Madrid won the race to sign the midfielder, who joined a club beginning an incredible sporting project. Luis Figo arrived in a world-record deal from Barcelona in the same summer that Makelele joined, before global stars in Zinedine Zidane, Ronaldo and David Beckham followed in consecutive summers.

Makelele was the unheralded glue of the Galactico side, covering full-backs and extinguishing engine room fires. Whenever gaps appeared and opposition sides threatened, Makelele, tenacious and tireless, was inevitably on hand to plug them.

Across three seasons in the Spanish capital, Makelele won two league titles and the Champions League among his honours. Unrest began to emerge despite the silverware however, with the midfielder’s contribution rarely recognised.

Makelele was the under-appreciated Galactico at Real Madrid, a facilitator to the flair. As the Spanish side focused on a vanity project in bringing in the game’s biggest names, the balancing act the Frenchman brought to the side was overlooked.

Earning a fraction of the wages commanded elsewhere in the squad, Makelele was encouraged to negotiate new terms. His teammates, well aware of the importance of the defensive destroyer, pushed his case, though the result was a fall-out from which club and player would not recover.

“During this time I had two years left on my contract, after we won our first La Liga title,” Makelele recalled to Stadium Astro.

“Afterwards, the club president said to me ‘maybe we’ll renew your contact for another year’. I said it would be my pleasure.

“He said ‘it won’t be what we give Zidane’ but I didn’t care. I shook his hand at every single game. I spoke to the president and said ‘when I come back, I’ll sign my contract’.

“The club then signed Beckham and even more of the ‘Galacticos’,” Makelele added.

“When we came back, I got my manager to see the president for my new contract, but he said there was no money left after signing Beckham.

“He [Sporting director Jorge Valdano] came to talk to me a little too aggressively. ‘What are you thinking? You should be playing at Real Madrid for free’. He said ‘if you want to move, find us a team that will pay €15m for you’. Five teams made big offers – I didn’t want any problems, but Real denied any offers, so I went to the manager.

“I said ‘I’ve got a problem now. I don’t want to play here anymore – the club doesn’t respect me’”.

Real Madrid’s loss proved Chelsea’s gain. The west Londoners were investing heavily following the arrival of Roman Abramovich as the club’s new owner and spent £16.8 million to bring Makelele to the Premier League.

Hailed as the ‘battery’ of Claudio Ranieri’s expensively assembled side, the greatness of Makelele became apparent following Jose Mourinho’s appointment as manager in 2004.

Disregarding English football’s traditional tactical trends upon his arrival, Mourinho moved to a 4-3-3 formation. The results were instant and spectacular.

Chelsea romped to a first league title in 50 years during the 2004/05 campaign, conceding an all-time record low of just 15 goals. Makelele’s specialism as a defensive midfield anchor was central to their success, screening the back four and exerting numerical midfield dominance as Chelsea were crowned champions.

In the final home fixture of the campaign, Makelele scored his first goal for the club. With the title sewn up, he was granted permission to take a late penalty against Charlton at Stamford Bridge.

His initial effort was poor and saved, but blue shirts soon mobbed Makelele as he turned in the rebound. As the midfielder wheeled away, his Chelsea teammates delighted in a short spotlight being shone on a player whose best work rarely made headlines.

An afternoon we will never forget, 14 years ago today! 🏆 pic.twitter.com/tbkrNu9Cdi

A second Premier League title arrived the following season, as the Blues began to emerge as England’s new dominant force.

Makelele was integral to their fortunes, a footballer selfless in style and relentless in his work. Combative and energetic, his work-rate and tactical intelligence provided a platform for others to thrive, with the likes of Frank Lampard and Michael Essen among the beneficiaries of the safeguard behind them.

Covering countless kilometres, he intelligently chose when snap into challenges and when to hold position, while he received the ball and passed progressively through lines at speed.

Chelsea’s vintage of the mid-noughties were among the finest teams of the Premier League era, a side which contained bite and brilliance in equal measure and a spine as strong as any the division has seen.

Makelele spent five seasons with Chelsea and added winners’ medals in the FA Cup and League Cup to his collection. His final season also saw the Blues reach the Champions League final for the first time, but defeat to Manchester United on penalties prevented a clean sweep of major honours.

Upon leaving England he returned to France, spending two seasons with Paris Saint-Germain. He won the Coupe de France during his second season in Paris, in the final campaigns before the club’s Qatar-backed project was launched.

At international level he won 71 caps for France, but missed out on international tournament success after not being called up for either the 1998 World Cup or Euro 2000. As his career progressed his influence grew and he was twice persuaded to do a u-turn on international retirements, where his first return saw him help Les Bleus to the World Cup final in 2006.

Makelele’s best saw him master a midfield role for which he is now widely held up as the benchmark for, having dedicated his career to the the deep-lying position in which he excelled.