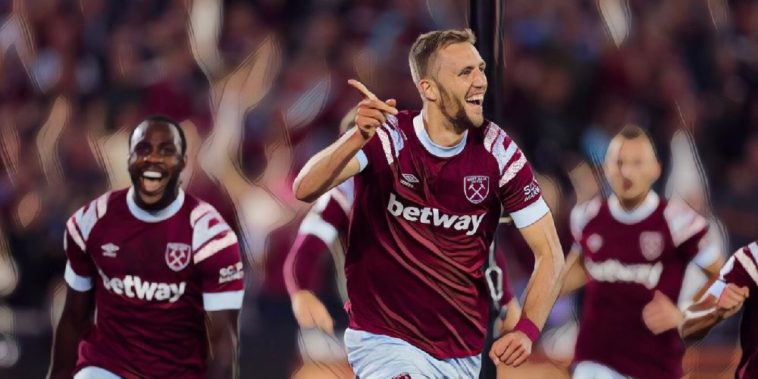 West Ham came from behind to salvage a point against an unbeaten Tottenham at the London Stadium.

The two London rivals came into the game following contrasting starts to the season, West Ham having lost three of their first four games, while Spurs were one of just three Premier League teams to still be unbeaten, with three wins and a draw.

It was a decent start to the game with both sides showing their attacking intent, and Spurs thought they would have the chance to open the scoring after they were awarded a penalty for a handball by Aaron Cresswell. After what seemed like an absolute eternity, referee Peter Bankes reviewed the pitchside monitor to overturn his decision.

Spurs did take the lead in the 34th minute, however, as Harry Kane played the ball out to Dejan Kulesevski down the right, before the Sweden international laid it off to find Kane’s overlapping run. The England skipper squared the ball across the box towards Heung Min Son, with Hammers summer signing Thilo Kehrer putting into his own net.

West Ham continued to try to get forward, and they would eventually bag a deserved equaliser 10 minutes after the break. A quick Vladimir Coufal throw-in following an errant Hugo Lloris pass found Michail Antonio in the box, who held the ball up before finding the charging run of Tomas Soucek who fired the ball past the Spurs captain.

West Ham were much the better side after the break but were unable to find a winner, but speaking after the game, Hammers skipper Declan Rice felt his side had ‘a different energy’ after a disappointing start to the season.

“A positive point. We were probably the better team on the night. We were much improved from the start of the season and looked a threat against a top team,” he told BT Sport.

“It’s a game of margins. It was good to get a point and now go onto the next one.

“Tonight there was a different energy to us. We were up for it. A London derby, we know what it means to the fans.

“We bought in eight or nine top players this summer. It won’t click straight away. But we’re starting to gel a bit more. We need to keep working hard.”