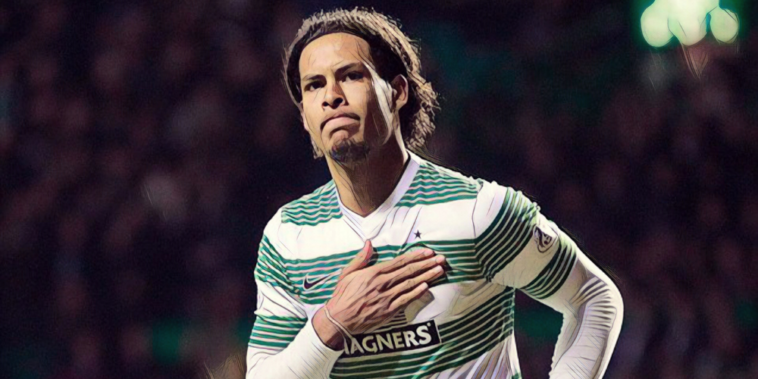 Odsonne Edouard is the latest player to thrive north of the border before a Premier League move, with Crystal Palace having secured the signing of the forward from Celtic on deadline day.

Edouard has flourished since signing for Celtic from PSG on an initial loan deal, scoring 74 goals across the past three seasons for the Bhoys and finishing as the division’s leading scorer in each of the past two campaigns.

The 23-year-old will now hope to replicate his goalscoring exploits after moving south to the Premier League, and following his move to Selhurst Park we’ve decided to look at five of the division’s best Scottish Premiership imports.

Here are five of the best Scottish Premiership to Premier League transfers.

Paulo Di Canio’s colourful career included a single season spell at Celtic, with the forward opting for a new challenge at Parkhead after bouncing round a succession of Italy’s leading sides.

Di Canio’s spell in Celtic was littered with both controversies and moments of magic, though he was named as the PFA Scotland Players’ Player of the Year after scoring 15 goals across all competitions.

Celtic’s refusal to hand Di Canio a wage increase saw the Italian go on strike however, eventually securing a move to Sheffield Wednesday and becoming an instant fans’ favourite.

Di Canio’s infamous shove on referee Paul Alcock led to a lengthy ban and move to West Ham, where he enjoyed the most memorable moments of his career clad in the Claret and Blue.

Di Canio’s extroverted passion and penchant for the spectacular saw him adored on the terraces in east London, becoming one of the Hammers’ greatest ever Premier League players.

He scored 47 league goals in just 118 appearances for the club, a record since bettered by only Michail Antonio.

Celtic signed Mark Viduka from Dinamo Zagreb in 1998, securing a £3.5m deal for the powerful Australian forward who became an immediate hit.

Viduka scored eight goals in just 11 appearances during his first six months in Scotland, before exploding during his first full campaign to score 27 goals and be named as the PFA Scotland Players’ Player of the Year.

Viduka’s performances soon attracted the attention of big-spending Leeds, who secured a £6m deal to bring the star to the Premier League.

Any doubts over whether the forward could handle the step-up were soon removed following a prolific campaign, with the Australia international scoring 22 goals in all competitions – including all four in a memorable 4-3 win against Liverpool – as Leeds reached the semi-finals of the Champions League in 2000/01.

He formed fine partnerships with the likes of Alan Smith and Harry Kewell, remaining with Leeds despite their financial explosion and mass exodus of talent.

Viduka netted 72 goals in 166 appearances for Leeds before signing for Middlesbrough following the club’s relegation, who he helped reach the UEFA Cup final in his second season.

He retired following a short spell at Newcastle, having scored 92 goals in 240 Premier League appearances.

Stiliyan Petrov played a major role in Celtic’s ending of Rangers’ dominance in Scotland, signing for the club during the Martin O’Neill era in Glasgow.

The Bulgarian midfielder won 10 trophies, including four league titles, during his time at Celtic, before following former manager O’Neill to Aston Villa in 2006.

Petrov quickly became a firm favourite of the club’s supporters and was twice named as Villa’s Player of the Season, being appointed club captain following the retirement of Martin Laursen.

He made 219 appearances in all competitions for Villa and formed part of a side that regularly challenged the Premier League’s top six, before finding his career halted after being diagnosed with Leukemia.

In addition to his success both in Scotland and England, Petrov is the most-capped player in Bulgaria’s history after representing the national side on 105 occasions.

The fourth import from Celtic on this list, Southampton secured the signing of Virgil van Dijk from the Glaswegian outfit during the 2015 summer transfer window.

Van Dijk had won back-to-back league titles and been included in the divisional Team of the Year across his two seasons in Scotland, before securing a £13m move to St Mary’s.

The Dutch international cemented himself as a key figure at Southampton and was named as captain of the side following Jose Fonte’s departure, his performances attracting interest from Liverpool who made a world-record bid for his services after a protracted chase.

Many questioned the £75m fee – the highest-ever for a defender – upon his move to Merseyside, but Van Dijk has since forged a reputation as arguably world football’s best centre-back, winning the Premier League and Champions League during his time at Anfield.

Van Dijk also became the just the third defender to win the PFA Player of the Year accolade in the Premier League era during the 2018/19 campaign and finished as runner-up to Lionel Messi for the Ballon d’Or later that year.

Andy Robertson forms part of the current Liverpool side alongside Van Dijk, having impressed Premier League scouts following his emergence at Dundee United.

Robertson signed for Hull in a £2.85m deal in 2014 and was relegated from the Premier League during his first season in England, before the Tigers bounced back at the first attempt.

A second relegation in three seasons saw Liverpool make a surprise move for the full-back, with Robertson completing an £8m move to Merseyside in 2017.

After a brief period of adaptation the Scot forced his way into the starting side and he has remained a fixture since, forming part of the Reds team that reached successive Champions League finals in 2018 and 2019.

The latter of those saw Jurgen Klopp’s side crowned champions of Europe, before the Premier League title was won the following season to end a 30-year wait for league success.

Robertson’s rise has seen him establish himself as one of the world’s best left-backs and as the captain of the Scotland national side.