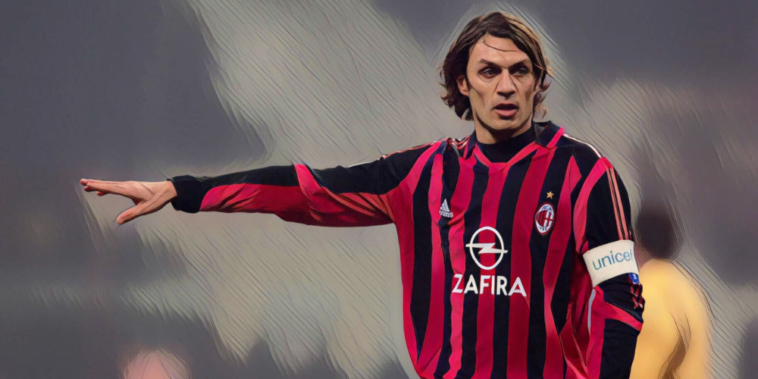 Italian football has prided itself on the art of defending throughout its history, with few nations boasting such an esteemed reputation for rearguard resilience.

Betway recently sat down with four former Premier League champions who voiced their concern that modern football has seen a shift away from former traditions with the out-and-out defender a dying breed.

This point of view is understandable, with the increasing influence of attacking full-backs and centre-backs stepping forward into midfield leading to a decline in defenders who just love to defend.

However, Italy is one country that continues to appreciate the art of defending and the Euro 2020 champions have produced some of the greatest ever players when it comes to stoically protecting one’s own goal.

With all this in mind, we’ve decided to pay tribute to some of the nation’s finest of modern times, here are five of the best Italian defenders of the modern era.

Crunching challenges and last-ditch tackles often capture the imagination of football fans, but the finest defenders often require less blood-and-thunder when it comes to outfoxing opponents.

Franco Baresi may not have looked like a stereotypical centre-back, but his stature in the game far outweighed his lack of height with the AC Milan defender acknowledged as one of the finest defenders the game has seen.

He spent two decades with the Rossoneri to become one of the club’s greatest ever players, Milan retiring Baresi’s number six shirt following a one-club career that delivered six league titles and three European Cup successes.

Baresi’s impeccable reading of the game made him one of the finest exponents of the libero position, whilst his famed leadership came by example as he lifted those around him with his on-field performances.

Strong in the tackle but exuding calm and poise when in possession, his will-to-win and mental toughness was shown when he made a miraculous recovery from a meniscus injury during the 1994 World Cup, completing months of rehabilitation in just 25 days to return for Italy’s final showdown with Brazil.

He made 719 appearances in all competitions for Milan and remains one of the city’s most beloved players.

Regarded by many as the greatest defender of his – or any – generation, Paulo Maldini was long-time teammate of the aforementioned Baresi during his own one-club career at AC Milan.

He rose through the ranks at his boyhood side to make his debut as 16-year-old, following in the footsteps of his father, Cesare, in adorning the club’s famed red and black colours with distinction.

Maldini was comfortable in any position across the backline but played much of his football at left-back, where his calm and classy displays left a lasting legacy on the fans of the San Siro.

Maldini oozed cool and control with his elite reading of the game and elegant manner of defending, thwarting some of world football’s finest players as Serie A reached its zenith during the nineties.

He won seven league titles across a career with the Rossoneri that spanned a record 902 appearances and 25 years as a first-team player, whilst he lifted five European Cups and earned 126 caps for the Italian national side.

Maldini was an integral figure of a famous Milan back four that comprised Alessandro Costacurta, Mauro Tassotti and the aforementioned Baresi, with his quality and longevity seeing the defender form part of European Cup-winning sides across three different decades.

Defending is often described as an art form and there have been few better artists than Paulo Maldini.

Defending can often be more akin to a chess match than a gladiatorial contest for Italian centre-backs, with the great Fabio Cannavaro another whose quick-thinking and wit left him a step ahead of the world’s finest forwards.

Cannavaro continued Italy’s long-standing traditions of defensive discipline during a career which saw him captain the Azzurri to World Cup success in 2006, his exploits during that tournament seeing the centre-back become only the third defender to win the Ballon d’Or.

He enjoyed success as part of Parma’s cult side of the late nineties and early 2000s, winning the UEFA Cup and two Coppa Italia winners’ medals before spells with Inter Milan and Juventus – establishing himself as one of world football’s best with the latter before the Calciopoli scandal decimated the Turin side.

Two league titles were won following a move to Real Madrid, but it can be argued that Cannavaro’s defining performances came internationally in the colours of the Azzurri.

He overcame a lack of physical stature with a determination and notorious leap to win aerial duels, whilst he won plaudits throughout his career for his leadership, organisation and man-marking ability.

Alessandro Nesta was arguably the prototype for the modern defender, a player who combined physical prowess with technical quality and a grace in possession.

Nesta rose through the ranks at Lazio to become the home-grown heartbeat of the capital club, combining brain with brawn and proving the bedrock of I Biancocelesti’s successful side of the late nineties.

He captained Lazio to just their second ever Serie A title in 1999/2000 and won two Coppa Italia trophies and the UEFA Cup Winners’ Cup during his time in Rome, before moving on to AC Milan as the club encountered financial difficulties.

The move to the San Siro saw Nesta form a brilliant backline alongside the likes of Cafu, Jaap Stam and Paulo Maldini, winning another Scudetto and the Champions League during his time with the Rossoneri.

Nesta also formed part of the Italy side that was crowned as World Cup winners in 2006, with there having been few more complete centre-backs in the modern era.

This feature may be titled five of the best Italian defenders of the modern era, but we found it impossible to separate two players whose careers have been spent largely in centre-back sync.

Georgio Chiellini signed for Juventus in 2004 and has since established himself as one of the club’s all-time greats, making 535 appearances in all competitions and becoming a central figure in a period of unprecedented domestic dominance.

Bonucci has spent over a decade – a single season at AC Milan aside – in defensive tandem with his compatriot, with Juventus winning nine consecutive league titles between 2012 and 2020.

The former resembles a grizzled Roman general and has led the backline in domineering fashion throughout an incredible career of success, Chiellini far from afraid of using the dark defensive arts in his unrelenting pursuit of clean sheets.

Bonucci provides the perfect partner and quality when launching attacks from deep, though there is no disputing that the greatest pride for both players comes in frustrating forwards on their way to three points.

Still going strong into the twilights of their respective careers, the success of Italy at Euro 2020 came from a foundation provided by the two formidable defensive stalwarts.