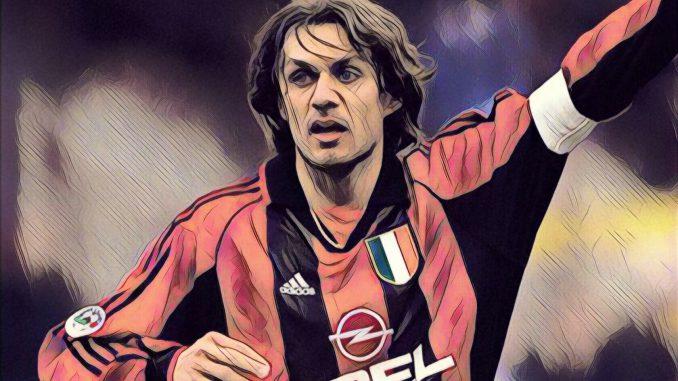 Paolo Maldini is probably the best defender of all time. Those kind of titles get thrown around a lot these days but seriously, Maldini was at another level during his time as a player and it’s hard to think of a player since who is better than he was. He spent his entire 25 year career at AC Milan and collected 26 trophies along the way.

These days he splits his time between running Miami FC, who he co-owns and pursuing a second sporting career in tennis, (no seriously). A true legend of the game, we thought we’d take a look at what some of the biggest names in football had to say about “Il Capitano”.

“When I think of the current generation, Lionel Messi is top-level. And, although he has never taken my breath away, Kaka has impressed, Zinedine Zidane was brilliant but without a doubt, Paolo Maldini has been my favourite. He has a wonderful presence, competitive spirit, athleticism, and although not the world’s greatest technically, he has influenced all the Milan teams during his wonderfully successful era.”– Sir Alex Ferguson

“There are great players and there are world class players. Then there are those who manage to go beyond that term. Paolo is the perfect example.”– Alessandro Del Piero

“The greatest thing about this experience has been taking part in Maldini’s career. He is a great player, a great captain and a great man.”– David Beckham

“I want to write history like Paolo Maldini. He is an example for me he is always the first in everything. He has won everything there is to win.”– Kaka

“In the list of best Milan players of the last 20 years, I would put him on top, with Baresi just behind. We always loved Paolo and we still do, because he has always shown great professionalism and dedication to the team.”– Silvio Berlusconi

“Paolo Maldini is a symbol of our football. I hope he stays involved in the game and we should do everything for him to do so. He can be our Platini and he should study presidency because he has always been synonymous with loyalty, rightness and transparency.”– Luigi Riva

“I will not have his longevity. He has something which no one else has, he has a strong head. Paolo is like metal, he never slackens, he loves to train and to play. I do not believe that in four or five years I will be like that.”– Alessandro Nesta

“It is outstanding what he has achieved at this level at his age. He is a world great, one of the best of his era. He has won the whole lot in his career, with five European Cups now. He will be remembered for a long time.”– Jamie Carragher

“I haven’t seen a more determined, loyal player than him. The best Captain the Azzuri have ever had”– Francesco Totti