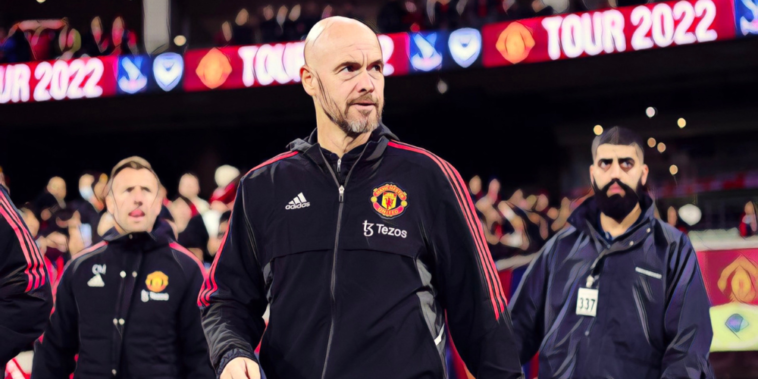 Erik ten Hag is confident that Cristiano Ronaldo can ‘contribute’ to his side and has suggested the forward could even extend his contract at Manchester United.

Ronaldo wants to leave Manchester United this summer and is yet to return to the club for pre-season, with the 37-year-old having been granted extended leave for ‘family reasons’, an explanation the Red Devils have accepted.

Ten Hag revealed he had not spoken to Ronaldo last week and confirmed there has been no update on the player’s future since his initial comments last week.

“The same status as last week in Bangkok. No change,” Ten Hag replied when asked on Ronaldo at a pre-season press conference.

Ronaldo has a year remaining on his current contract at Old Trafford and is short of potential suitors, with both Chelsea and Bayern Munich having ruled out potential moves for the Portugal captain.

Ten Hag reiterated his desire to work with the forward this season and suggested Ronaldo could even extend his current deal with the club.

“I am well informed. He also has also an option [to have his contract extended by a year],” Ten Hag said.

“Yes. Of course [he could extend it].

“I have signed here for three years, but in football it’s short-term as well. We have to win from the start. I don’t look that far ahead. I have a strategy, it’s a process, it takes time.”

Ronaldo’s suitability to Ten Hag’s pressing style of football has been questioned since the Dutchman’s appointment as manager, but the United boss is confident that the five-time Ballon d’Or winner can adapt and contribute to his side.

“I think Cristiano is capable of doing that. In his career he has shown everything,” Ten Hag said.

“I have set my demands [of the squad]. We want to play in a certain way. A top player can contribute and Ronaldo is an absolute top player in our squad.”

Ten Hag suggested that he too will be adaptable in order to get the best from his squad, admitting goalscorers can often dictate the way a side operates.

“The players dictate the way you play, especially players who score goals because they are extremely important for a team. You construct your team around them.”

No date has been set for Ronaldo’s return to pre-season training with the forward having missed the club’s tour of Thailand and Australia, though Ten Hag insists he has no concerns over the forward’s fitness given Ronaldo’s professionalism.

“He is training [in Lisbon],” Ten Hag said. “I think we all know Ronaldo is a top professional and he will be fit, that is the last concern I have.”