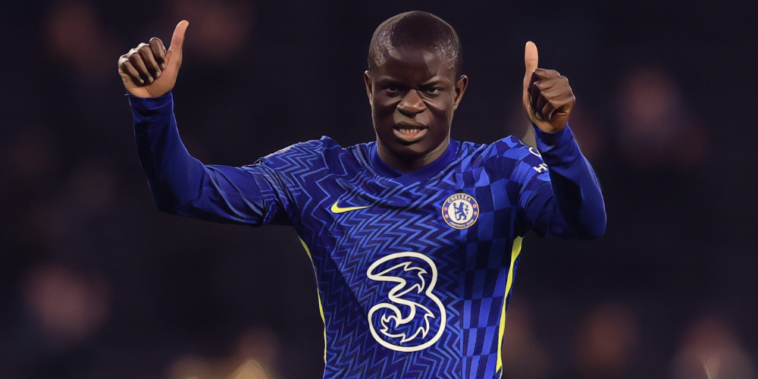 Free agency has become a major part of modern football, with players holding more power than ever before when it comes to transfers.

Already this summer we’ve seen big names such as Antonio Rudiger and Paul Pogba leave on free transfers and there is a whole host of high-profile Premier League players who could be in a similar situation next summer.

With contracts rapidly approaching their conclusions and the prospect of losing assets for free, will Premier League clubs stick or twist during the current window?

Here are five high-profile Premier League names out of contract next summer.

Chelsea’s squad was depleted as a result of free agency this summer, losing both Antonio Rudiger and Andreas Christensen.

The defensive duo joined Real Madrid and Barcelona respectively, leaving Thomas Tuchel to restructure his backline during the current window.

Unless new deals are agreed, Tuchel will face a similar task with Chelsea’s engine room in 2023. Both N’Golo Kante and Jorginho are out of contract next summer, with the former a player who will attract attention from Europe’s elite.

Kante will turn 32 before the end of next season and injuries have impacted the midfielder across the past two campaigns, but he showed the influence he can still have on the side during the Blues’ run to Champions League success in 2021.

Talks over an extension for Kante have been quiet in recent weeks, though Jorginho has reiterated his desire to remain at Stamford Bridge this week.

“Of course, I love Chelsea. I feel very well here and of course, I’d like to stay,’ Jorginho told the club’s official website.

“But you know, there is a lot going on and we don’t know. I am here now and I have contract and I love to be here, I feel very well here. So I don’t think about moving anywhere.”

Youri Tielemans had been expected to leave Leicester during the current transfer window, having dropped several hints over his desire for a new challenge.

With less than a year remaining on his deal, the time is now for the Foxes to cash in should the club decide to recoup a fee for the Belgium international.

Tielemans has been an excellent signing for Leicester since arriving on an initial loan deal from Monaco in 2018. He has made 158 appearances in all competitions and scored a spectacular winner as the Foxes won the FA Cup in 2021.

The 25-year-old has been linked with a move to Arsenal, while Newcastle are also said to have made an enquiry. It appears unlikely that Leicester – shrewd operators in the transfer market – will allow the midfielder to leave for nothing.

Palace face the prospect of losing their talisman as a free agent in 2023, with Zaha yet to sign an extension to his contract at Selhurst Park.

This summer represents the last chance for Palace to command a high fee for the forward, who scored a career-best 15 goals in all competitions last season.

Patrick Vieira made a plea for Zaha to sign a new deal in May, but there has been little progress on a new contract since.

“When you talk about Crystal Palace you talk about Wilfried Zaha. He’s been at this club and he’s been doing fantastically well. And again as a manager, of course, I would love to keep him but he needs to want to be here,” Vieira said, as per football.london.

“This season I think he showed to everybody what this football club means to him because he’s been performing well and scoring goals. I believe that he can still take himself to a different level and help the team to grow.”

Vieira this week denied reports that Palace were considering a potential swap deal with Roma, one which would involve Felix Afena-Gyan heading to south London.

Patrick Vieira says Wilfried Zaha 'is happy in our football club' after reports that Roma could be lining up a swap deal involving Felix Afena-Gyan! 📰 pic.twitter.com/JzrgcRm7nJ

Ilkay Gundogan has ruled out an exit from Manchester City this summer, despite entering the final season of his deal at the Etihad.

The 31-year-old came off the bench to score a decisive double on the final day to seal the title, and discussed his long-term future during an interview with German publication Kicker in May.

“We will sit down together in due course and exchange our ideas and plans, and then we will see what comes out of it. The question is whether and when I want to do something new again.

This season was not always easy for me, but I am happy and proud of my achievement and my amazing team. Thanks to all the fans and enjoy the summer ⚽🔥 pic.twitter.com/FSYJBDDArk

“I haven’t actually answered this question for myself yet. Football-wise, there is certainly still no better address than Manchester City under Pep Guardiola, and I think that will hardly change in the next few years.

“Of course, I would have liked to play a little longer in one or two important games over the last few months. That’s not a secret. I am a player who always wants to play. I also need that for my rhythm, otherwise I often find it difficult.”

Cristiano Ronaldo’s future has dominated the headlines in recent weeks, amid speculation that the forward wants out at Manchester United.

Ronaldo returned to the Red Devils amid much fanfare last summer and scored 24 goals in all competitions last season, though a disappointing campaign for the club ended in a sixth-placed finish.

Thomas Tuchel has decided against Cristiano Ronaldo signing, as things stand. Jorge Mendes had talks with Todd Boehly but final decision has always been up to the manager. 🔵 #CFC

Eager to remain in the Champions League and compete for major trophies, Ronaldo has expressed a desire to leave. However, there appear few serious suitors for the 37-year-old at present.

Should no suitable offers arrive, Ronaldo will remain for the final season of his contract where he will hope to contribute to success in Erik ten Hag’s first season in charge.

As a free agent next summer, he is unlikely to be short of offers.